The Toronto Raptors gave their bench players some hearty minutes to audition for playoff roles on Tuesday night as they rolled to a 112-103 victory over the lacklustre Chicago Bulls.

The Raptors kept the minutes low for their starters and let the bench lead the way, as they contributed 61 of Toronto’s points. Norman Powell led the team with 20 points and Serge Ibaka had 16.

With minutes in the low 20s for key starters, Kawhi Leonard had 14 points, while Kyle Lowry also had 14, along with six of Toronto’s 28 assists on the night. Pascal Siakam added 13 as the Raptors improved to 52-23.

It was a bounce-back win after a bizarre loss on Sunday when the Raptors watched as Jeremy Lamb hit a lucky, last-ditch half-court three-pointer at the buzzer to give the Charlotte Hornets a 115-114 victory.

The 21-54 Bulls came to town Tuesday in 13th place in the East, already eliminated from playoff contention and missing six players, including Otto Porter Jr.

Nick Nurse continued to put Toronto’s bench players to the test, mixing and matching them into the rotation, asking them to show what they have as he readies to shorten the bench in the playoffs. The Raps coach gave very significant minutes to 12 players.

They utilized every single player on the bench, even recently-signed Jodie Meeks who had two points in five minutes. Chris Boucher, Jordan Loyd and Malcolm Miller were assigned to the Raptors 905 for their playoff game in Mississauga.

Powell may have earned some good credit, going 8-for-10 with four three-pointers, also contributing three assists in 25 minutes and keeping his turnovers low. Before the game, Nurse said that some high-turnover performances from Powell had him contemplating how many minutes he deserved. He needed to see a good game out of Powell on Tuesday.

“I’m not out there thinking ‘oh I’ve got to play well so I can play in the playoffs.’ You just go out and play the game you’ve been playing all your life,” said Powell. “Take what the defence is giving me, getting to my spots, living with the results, playing off my teammates, playing the right way. That’s mainly what’s going to help me and everything else will fall where it should.”

Nurse said he thought Powell had a “decent” game and wants him to take care of the ball while not letting that hurt his aggressiveness.

Lowry also gave some analysis on Powell: “I think when Norm just plays and tries not to force and when he lets things come to him, he’s really good,” he said. “When he gets downhill, when he’s going to be aggressive, he’s really talented. And his jump shot, his three-ball is falling right now, so it makes the game a lot easier for him. It’s just about him staying confident, and making sure he doesn’t try to do too much.”

The coach also liked Ibaka, who in the reserve centre role also grabbed eight rebounds in his 23 minutes. Nurse continues to debate who he will start at the five spot in the postseason. Marc Gasol had another low offensive output performance in the starting role on this occasion, adding just two points on 1-of-6 shooting in 20 minutes.

OG Anunoby scored 10 points in 25 minutes before he left the game late in the fourth after a hard charge, looking a little woozy.

The Raptors continue to plod along the final stretch of the regular season and remain healthy. A gruesome season-ending leg injury suffered by Portland Trail Blazers centre Jusuf Nurkic served as a frightening reminder right across the NBA of how fragile every player’s health and his team’s playoff chances really are.

The Raptors had their full slate of regular players available for a second successive night, providing another opportunity to work on chemistry with just two weeks remaining in the regular season.

The Raptors led 26-18 after the first quarter and stretched that to 56-41 by halftime and went up by as much as 21 during the night. The Bulls never threatened.

The Raptors have seven games left in the regular season. They head out on a two-game trip to face two squads out of the playoff mix – the New York Knicks on Thursday and the Bulls again on Saturday.

Then come four more intense games, against teams pushing to make the playoffs or lock in desirable seeding: Orlando, Brooklyn, Charlotte and Miami.

Gearing up for the playoffs, luck may be as crucial as rest in the NBA
Subscriber content
March 26, 2019 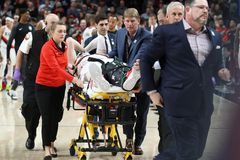 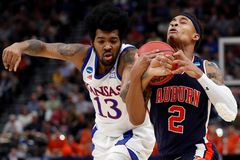 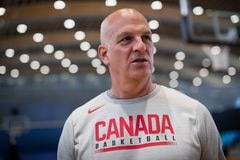