On Thursday morning, Raptors centre Jonas Valanciunas was getting set to return from a long injury absence.

“I am really excited,” Valanciunas told reporters in Atlanta. “If nothing crazy happens, I will be playing.”

First rule of sports – never say it out loud. You can think it. But saying it makes it happen. It’s been scientifically proven.

And because Valanciunas said it, of course something crazy happened.

Shortly before the 3 p.m. deadline, the Raptors swung the biggest trade-deadline deal in franchise history. Valanciunas, guards Delon Wright and C.J. Miles and a 2024 second-round pick are being sent to Memphis in return for centre Marc Gasol.

Later, the Raptors put third-string centre Greg Monroe in a circus cannon and shot him toward Brooklyn. They didn’t bother trading him for anyone. They got cash instead.

By late afternoon, the Raptors had only 10 players under NBA contract. That’s three fewer than played for them a few nights ago in Los Angeles. By rule, they’ll need to pad out the roster over the next two weeks.

It all seems a bit seat-of-the-pants. But as its contention window nears closure and the NBA’s Eastern Conference becomes a spiralling arms race, Toronto has adopted the Monty Hall philosophy. All it does is make deals.

So much business was done in the NBA on Thursday, causing such an administrative logjam at head office that Raptors president Masai Ujiri went home for a little rest before returning to the team’s practice facility to speak about the deal.

“All of us try to achieve a dream of contending for a championship in the NBA,” Ujiri said. “That’s our goal and everybody on the team understands that. We’ll keep trying to achieve that goal.”

He said he’d spoken to Gasol who was “excited” to come to Toronto (how things change).

First off, spare a thought for poor Valanciunas. He was the bridge between this team’s bad old days and the good ones of present. He was a lovely fellow with a quirky sense of humour who had the habit of putting a frying-pan-sized hand on your shoulder as he spoke to you, making you feel about three-feet-tall.

And now, he’s a human make-weight heading to a Grizzlies team about to get very bad. Thanks for everything, pal!

Like they say, it’s a business. But it is one of the few businesses I know of where the boss might grab you as you leave work and say, “Guess what? You’re moving to Tennessee. Tonight.”

What’s the obit on the Valanciunas era? Raptors fans may appreciate him more for his final sacrifice, which is notable, than his over all quality, which was middling.

Gasol is not middling. He is the prototype of a modern NBA centre – he can shoot, can pass, can stand in the middle being imposing. Unlike Valanciunas, he’s a bit chippy. He is a three-time all-star and has been the NBA’s defensive player of the year.

More to the point, Gasol seems like a prototypical Ujiri player – urbane, articulate, an adult. The Spaniard has been a particular fixation of Ujiri’s for years. At the age of 34, he is past his very best, but remains one of those athletes that gives a good team a sense of purpose. He is built to win.

Trading for Kawhi Leonard over the summer was a leap. Taking on Gasol – who, like Leonard, is free to leave at the end of the season – is burning the last of your boats.

If this doesn’t work out, there won’t be any need for a teardown. The team will do that for them. It will auto-destruct.

While the Raptors were getting better this week, so was the competition. Philadelphia acquired budding star Tobias Harris on Tuesday, giving it what may be the most impressive starting five in the league. Milwaukee made its move earlier on Thursday, obtaining versatile shootist Nikola Mirotic from New Orleans.

It’s not clear where Toronto now stands versus its main rivals (add Boston, which made no deals, to that mix as well).

It’s also not clear where Toronto stands relative to itself. Between injuries and Leonard’s focus on “load management” (a regular person would call it “working from home”), we’ve yet to see any sustained coherence from the Raptors this season.

Some nights, they’re magnificent. On others, they look like a bunch of guys who met each other at the Y a few hours before tip-off and thought, “You know what would be a cool thing to do? Start an NBA team.”

We’ve been told all along that only one season matters – the one that starts in April. That’s true. But by February you’d hope to be seeing some version of the finished product. That’s not currently apparent.

Removing an easygoing regular such as Valanciunas and inserting a veteran star such as Gasol, who’s sure to have his own ideas about how an NBA offence runs (i.e., through him), is a flux multiplier.

This could be the greatest season in franchise history. It might also be an epochal disaster. It’s hard to say which is more likely. However, Gasol pushes it a couple of ticks over into positive territory.

Without knowing how it turns out, this is still the sort of thing that should be applauded and appreciated. The beauty of the NBA is that it encourages short-term thinking and a kamikaze approach to roster construction. Every other league is a documentary. This one is a telenovela.

For a quarter-century, the Raptors have played it cautious. They’ve been unlovable, and occasionally unwatchable, because of it.

Now, for the first time, Toronto is the team swinging for the parking lot, never mind the fences. If the Raptors do end up going down in flames, they’ll at least get to say they were the ones who lit the fire. 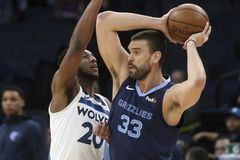 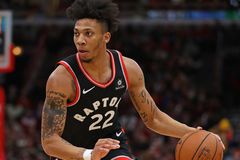