Toronto Wolfpack head coach Brian McDermott doesn’t mince words when it comes to describing the challenges the team is facing now that it has vaulted into the upper echelon of rugby-league play in Britain.

The Wolfpack will not only face stiffer competition as the newest member of the Betfred Super League, but they’re also up against league rules that McDermott says are stacked against Toronto and will thwart its ambition of expanding the sport across North America.

“I think the league is being very short-sighted, very limited, very naive in thinking that you can go and get a trans-Atlantic club into the competition, ask them to abide by the rules that have been largely based on U.K. clubs and then expect us to be competitive,” McDermott said Wednesday after a press conference in Manchester, where the Wolfpack trains. “It’s silly, it’s foolish.”

The Wolfpack’s rise to the top tier of English rugby league has been nothing short of miraculous. In just three years the team has climbed up through the bottom two divisions and qualified for the Super League last October by defeating the Featherstone Rovers 24-6 in the Betfred Championship’s Million Pound Game in Toronto. The sudden success has come at a price and the club is scrambling to prepare for the 29-game Super League season, which kicks off on Feb. 2 against the Castleford Tigers in Yorkshire.

“We’re chewing through some issues here,” said McDermott, an ex-Royal Marine who coached the Leeds Rhinos to four Super League titles. “We find ourselves in the Super League probably a bit earlier than everybody, including ourselves, envisioned.”

The team has got off to a good start with 16-10 preseason win over Castleford last Sunday. McDermott has also been holding some workouts at Manchester City’s training ground, hoping that some of the stardust from reigning English Premier League champions might rub off on his players.

Expectations are also high for the team’s newest addition: New Zealand superstar Sonny Bill Williams, who has signed a two-year deal with Toronto reportedly worth $9-million. Williams is a bona fide rugby celebrity who has excelled in both versions of the game – 15-man rugby union and 13-man rugby league – and won championships at every level including a pair of World Cups in union with the All Blacks.

Williams, 34, tried to play down those expectations on Wednesday, saying he’s been out of rugby league for five years and remains rusty. “I want to be flying towards the end of the year,” he said.

He’s unusual for an elite athlete, a mixed-race Muslim who’s eager to talk about his mistakes as much as his successes and worries about how his teammates will respond to him. “I understand that there’s more that comes with me. I have to be a bit more vulnerable and break down some of those barriers,” he said. Coming to Toronto was a “blessed opportunity”, he added and he can’t wait to visit the city because he’s heard that it’s “not just a sporting mecca, it’s the most multicultural city in the world. I’m really looking forward to experiencing that not just for myself but for my kids.”

McDermott plans to ease Williams into the team slowly. But he can’t afford to wait too long given Toronto’s thin roster of 23 men – seven fewer than other teams – and the team’s many off-field challenges.

Toronto certainly has a lot to overcome. The team isn’t eligible for a share of the Super League’s broadcast revenue this year and the Wolfpack has to cover some of the costs for opponents to travel to Toronto. The long Canadian winter also means Toronto plays its first 10 games in England and has to find a place to play three of those as “home games.” The first game at Toronto’s Lamport Stadium isn’t until April 18.

The league’s salary-cap rules also put the team in a bind. Each club can spend £2.1-million, or $3.6-million, although teams get an exemption for marquee players such as Williams. But there are a multitude of loopholes that benefit British-based teams. For example, teams can add five young players to their rosters without much impact on the salary cap if the players have been developed through the club’s academy. Most teams also rely on some academy players during the season to cover for injuries.

Toronto has none of those advantages. “We’ve got 23 men. That’s the club, bang,” McDermott said. He added that even if Toronto goes through the season with the normal number of injuries, the team will constantly face the threat of finishing last and being relegated. And if Toronto stays up, McDermott believes the relegated club will seek revenge. “I think there’s a real threat that a Super League team who gets relegated will blame us and they will look through everything we do,” he said.

When France’s Catalan Dragons joined the Super League more than a decade ago, McDermott said the team was given a three-year exemption from relegation. “Don’t let Toronto come into the league just to see how they go and then maybe they go out of the league in a couple of years time because it’s unsustainable. You got to have Toronto in the league for a bigger picture,” he said. “I believe [Toronto] could change the face of rugby league in North America.”

Bob Hunter, the club’s chairman and chief executive, said talks are under way with the league to try and lessen Toronto’s financial burden. The team is also looking at playing host to Australia’s national team at an exhibition game next October at BMO Field, which would generate some extra revenue. The club’s majority owner, mining financier David Argyle, “has lost a lot of money but he’s very passionate about the sport,” Hunter said.

Hunter remains confident the Wolfpack can succeed in Canada. “One of our challenges is to convince the casual rugby fan that this is the best you are going to see,” he said. “It’s going to take time.” 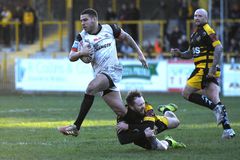 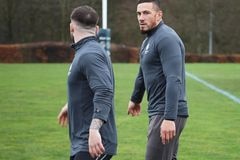 Canada’s women’s rugby sevens squad could hit some milestones Down Under
January 16, 2020 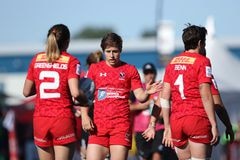