Cathal Kelly
Published May 26, 2020 Updated May 26, 2020
Comments
Text Size
Please log in to listen to this story. Also available in French and Mandarin. Log In Create Free Account

Over the weekend, a few guys you’ve probably heard of enjoyed a friendly round of golf together.

This lark – featuring Peyton Manning, Tom Brady, Tiger Woods and Phil Mickelson – was promoted as The Match and broadcast live. As if people had been sitting around all their lives waiting to see Brady split his pants during an approach shot.

As it turns out, they were.

According to Nielsen, nearly six million Americans tuned in. The broadcaster, Turner Sports, claimed it was the most watched golf event in the history of cable television.

This opens up all sorts of possibilities. I’d like to request Prince Harry playing Ping-Pong by himself whilst softly weeping, Kim Kardashian arm-wrestling Henry Kissinger and a lumberjack competition featuring the surviving cast members of The Golden Girls. All of these things are technically ‘sports,’ but, you know, not really.

Brady vs. Woods is a stunt. Stunts can be fun – say, Michael Phelps racing a virtual shark – but they ought not be confused with the real thing.

When it comes time to write his obituary, people will not say of Phelps: “Won 23 Olympic golds; put all fish in their place.”

But as long as they are rare and spread out amidst actual sports, there’s no harm in the odd stunt. Like a 100-per-cent sugar diet, they are delicious and unsustainable.

When times were good, the people who organize real sports understood that. They behaved as if the rules had been brought down on stone tablets off Mount Sinai. Now that times are bad, some have decided the rules are instead loose suggestions.

This week, a study group advising rugby’s governing body had some ideas about how to make the game lower risk for COVID-19 transmission.

The first thing they want to get rid of is scrums. The second thing is “upright face-to-face” tackling.

I am not a rugby obsessive, but in the rugby I have watched there seemed to be an awful lot of scrummaging and tackling.

The rationale for rugby’s proposed changes was backed up by a lot of science-y sounding numbers. Those had to do with the average number of minutes players are within one metre of each other during a rugby match. The goal is reducing that time and the subsequent risk.

In that case, why not have them play the game while sitting four seats apart in the stands? That would really bring the percentages down.

Every day we are all discovering that things we used to like doing are no longer acceptable. I like to go to my local produce supplier, pick up a dozen watermelons one by one, hold them to my ear, assume an expression of deep concentration and rap them with my knuckles.

Not because I have any idea what a good watermelon is supposed to sound like, but because I’d like other shoppers to think I’m a regular Ina Garten.

But I’m not going to do that any more because, given the circumstances, it is dumb. More to the point, it will probably get me killed by an angry, mask-wearing mob.

Likewise, rugby without scrums or tackles (because I do not understand how you can impede anyone approaching you from the front unless you are “face to face”) is dumb.

Whatever this sport is, it’s no longer rugby. It’s flag football without flags.

In the normal course of things, these alterations would be dismissed out of hand. People would agree that if you can’t play rugby as it should be, you ought not play rugby at all. Put it on hiatus until such time as you can. Somehow, the world will manage without it.

But instead they have been accepted with high seriousness, perhaps because the most dangerous thing of all right now is seeming incautious. At some point, all sports will have to accept that if they intend to return, they do so with an assumed risk. That risk is not justifiable. As in, you cannot equate a hockey player’s decision to play with a nurse’s decision to go to work in the ER. The first is a question of wanting, while the second is a question of needing.

This makes leagues no different than the rest of us. Within reason, we are all constantly reassessing our own risk tolerance.

For sports, it is enormously high. Pros want to play because they want to be paid, and because players have a limited window in which to earn.

But sports can’t just come out and say that – “Hey, you guys stay home if you want. I’m 24 and have the immune system of a Greek god. I’ll take my chances.”

So sports’ first route was the public service dodge – “Don’t let the virus win/Get things back to normal/People NEED us.” That didn’t get them very far. Once again, because of nurses.

So instead sports has begun bending toward the performance of safety.

How about I wash my hands on the bench where everyone can see? How about I promise not to fondle anyone? How about we change the whole thing around so that no one can accuse us of caring more about money than safety?

Safety is no longer the issue. If it was, no one would be talking about bringing sports back at all. There is no such thing as “safe” team sports any longer, any more than there is such a thing as a “safe” house party or a “safe” picnic in the park with 10,000 of your friends.

The choice here is binary. You can either have unsafe sports, or you can have no sports.

Sports’ dilemma is figuring out a way to convince its audience that it has found a Third Way, one which has escaped the notice of public-health experts and epidemiologists.

This is where the stunts come in – ‘rugby without tackles’; ‘baseball without conversations’; ‘basketball, but 64 per cent less touching.’

None of those things are actually possible. But they sound possible if you say them in a serious enough tone of voice to people who want to hear the excuse.

Opinion
The Last Dance may be a vanity project, but that doesn’t preclude it from being a masterpiece
May 19, 2020 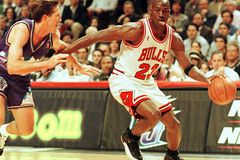 Opinion
Grab all you can: MLB’s sorry lesson in economics
May 24, 2020 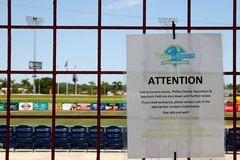 Opinion
NHL’s pandemic plan could flatten the curve on regular-season demand for good
May 23, 2020 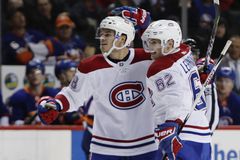