Jonas Valanciunas had moments of both great dominance and immense agony on Tuesday night, as his Toronto Raptors lost a heartbreaking Game 1 to the Cleveland Cavaliers.

The Raptors’ seven-foot centre rolled for 21 points and 21 rebounds – statistically one of the finest postseason performances of his career. Yet he went from being the hottest scorer on the floor during an authoritative third quarter to the unluckiest in the fourth quarter, just when his team needed those buckets most.

He spent some significant moments beating and confounding Cleveland All-Star Kevin Love. In a magnificent third quarter, the Raps just kept feeding the big man as he commanded the paint and exploded for 13 points on confident hook shots and layups. He drew Love and Jeff Green into fouls, and strode confidently to the free throw line. He nabbed five rebounds and blocked a shot, torching Cleveland’s small lineup.

At one point, following a Love foul, the Lithuanian pumped out his chest, shook his head cockily and mouthed, “He can’t guard me.”

But his touch wore off in the fourth quarter as the Raptors squandered a lead. Valanciunas shot a perplexing 1-of-7 in the fourth as the driving layups and tip-ins he typically makes so easily bounced uncharacteristically off the rim.

The most painful of his misses came in a barrage of chances the Raptors had in the final frantic seven seconds to win the game in regulation instead of letting it slip into overtime. The excruciating succession of attempts went like this: First Fred VanVleet missed a wide-open 27-foot three-pointer; then DeMar DeRozan, C.J. Miles and Valanciunas bricked up unsuccessful tip-in attempts one after another.

“We missed some easy shots. That was the key,” said a solemn Valanciunas after the game. “They were switching a lot [in the fourth quarter]. They were aggressive. They were playing really aggressive defence. But still, it’s on us.”

The Cavaliers had tried different matchups on Valanciunas throughout the night – Love, Green and eventually Tristan Thompson, at times even LeBron James.

“He’s a load and we just try to throw different coverages at him. He was kicking our butt in the third quarter – and-one’s, free throws, offensive rebounds,” said James. “Luckily I thought he just kind of wore down in the fourth a little bit. He had six or seven opportunities at the rim, either his own or tips at the rim, and it wasn’t falling. I think Tristan did a great job just to wear on him as much as he could in the fourth and in OT as well.”

“I don’t think there was a lot of difference. I thought he still was getting good looks. He had some tip-ins, I mean layups that he missed, even with Tristan on him,” said the Raptors coach. “I thought Jonas did a good job of whoever was guarding him. I don’t think it mattered when he missed his layups or when he had his opportunities.”

Tuesday’s 21-rebound performance was his best postseason performance ever on the glass, as well as his best of the season in that category. He couldn’t eclipse his career-best playoff single-game points total of 24 points scored versus the Miami Heat in 2016.

“We made ’em pay for the small lineup. He’s gotta continue to do that,” said Casey, taking a positive to go forward to Thursday’s Game 2 in Toronto. “He’s got that advantage as far as his postups, his tip-ins, his driving to the basket and getting to the free-throw line and rebounding. He did a heck of a job at that position.”

To look at the negative, Valanciunas also had three turnovers and was a minus-three, and he did not yet face Love at his best. The Cavs’ All-Star had 13 rebounds but just seven points on 3-of-13 shooting and hit just one of his four three-point attempts. To boot, Love had just a single day to prepare for the matchup with Valanciunas, finding out just the afternoon before that it would be him going one-on-one with the Lithuanian for much of the night, not Thompson as he had suspected it might be.

Still Valanciunas saw little gap between the two teams on Tuesday in the 113-112 overtime loss, and plenty of reason to believe.

“We have confidence going to Game 2 and winning it,” said Valanciunas. “We lost by one. It’s not like they were way, way better. We’re still here. We’ve just gotta clean up some mistakes and make some shots and we’re good.” 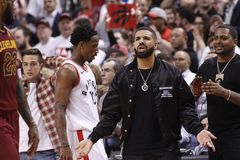 Opinion
Raptors lose to Cavaliers in overtime thriller
May 1, 2018 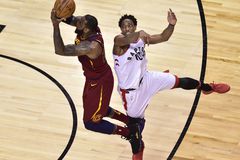 Five keys for the Raptors against the Cavaliers
April 30, 2018 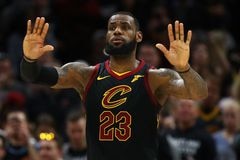