Wayne Gretzky is the new brand ambassador for BetMGM, a sportsbook with a growing footprint in the U.S. that’s also eyeing an entry into Canada later this year, but on Tuesday afternoon he admitted that he’s never actually placed a wager on any sports match.

“My friends ask me all the time, who’s gonna win a hockey game?” Gretzky said with a laugh, during a phone interview. “I tell them, I never get it right. So, if I can’t tell you who’s going to win a hockey game, how would I know anything else?”

Gretzky was on the golf course near his home in St. Louis, speaking with a Canadian news outlet for the first time since last week’s announcement that he would be moving into broadcasting, signing a deal with Turner Sports to serve as a hockey analyst. Turner, which owns the cable network TNT, is building out its on-air and production teams after snagging media rights to NHL games in the U.S. for seven years, beginning next season.

During the call, Gretzky spoke about his decision to partner with BetMGM and provided some details of how the Turner deal came together. And he addressed the deep skepticism of critics who have pointed out that he has never shown the sort of livewire magnetism or ratings-grabbing ability to court controversy of other athletes-turned-broadcasters, such as his friend and new Turner Sports colleague, Charles Barkley, a mainstay on TNT’s Inside the NBA.

In fact, Gretzky said, Barkley was a key part of the reason he finally agreed to join the company. “I couldn’t take another call from Charles telling me how great Turner is,” he joked.

Gretzky said that the deal, reportedly worth US$3-million a year, is a five-year term that will mainly see him do pregame analysis on a studio hockey show similar to Inside the NBA. He would likely appear in association with high-profile games such as the season kickoff, the NHL’s annual outdoor game, “big games here and there during the season” and Stanley Cup final broadcasts, for which Turner has the rights in 2023, ’25, and ’27.

While he had been approached to do on-air work before, including, he said, by Canadian broadcasters such as CBC and Sportsnet, the hurdles previously had been insurmountable: Over the years, he had associations with NHL clubs that would have precluded a broadcasting role (he only resigned from his vice-chairmanship of the Edmonton Oilers last week), and he had lived for many years in California. But as his family’s situation has evolved and he has found himself more in Missouri, Idaho and Florida, the idea of popping into TNT’s Atlanta studio on a semi-regular basis became more realistic.

“The timing was right,” he said. “Listen, I love the game, I love talking about hockey and I like everything about it. So it’s a great opportunity for me to try something really unique.”

When the Turner deal was announced, Gretzky retweeted an archival photo of himself hoisting the Stanley Cup, in Oilers garb, and added his famous quote: “You miss 100% of the shots you don’t take …” Does he regard the move to broadcasting as a risk? “I think that, for Wayne Gretzky, anything I do is amplified.” He said that some were skeptical when he accepted the job of executive director of the Canadian men’s hockey team for the 2002 Winter Olympics, which went on to win the country’s first men’s hockey gold in 50 years.

“Listen, it’s not the same pressure of winning or losing, but I understand that I’m Wayne Gretzky and I’ll be critiqued. But I can talk about hockey all day long, so I’m not worried about that.”

He acknowledged that his discussions with Turner did not include any in-studio demonstration of his broadcasting skills, or his ability to tell a cracking anecdote that might go viral. “No, I think they saw enough of my tapes, that … they were satisfied that I could handle being on TV and talking about hockey,” he added.

But he also said he hadn’t yet considered which broadcasters he might try to emulate.

“Actually, my wife [the actor Janet Jones] said the other day, ‘You should sit down and watch a few of the guys that you really respect and admire on TV and what they do, how they handle themselves,’ ” he said.

“And that’s fair. You know, at some point I’ll probably do that. But the reality is, you know, you speak from your heart, be who you are and say what you believe is right or wrong, and you have to believe in that. And at the end of the day – and I said this to TNT before I agreed to anything – I’m not Charles Barkley. I’m not controversial, I love the game too much and I love the players who play the game and I respect the fans who admire and love their teams. So I’m not that guy that’s going to be overly controversial, I’ll tell you that.”

During the interview, Gretzky gave every impression of being a man at ease with himself and in his choices. At one point, he was asked whether he might like to put the phone down so he could continue playing his golf game. “Nah,” he said, “Just so you know, I’ve already hit three while we’ve been talking. Don’t worry about it.”

On Wednesday, he will become one of the highest profile faces for an industry that is still emerging from decades of controversy, after a U.S. Supreme Court ruling in 2018 that struck down the law against sports betting. BetMGM, which offers wagering and electronic gaming, will announce that Gretzky will help market the company across North America, with a focus on hockey.

He acknowledged the sports betting landscape was new for him. “I’m just getting to know it,” he said. “It’s a whole new sort of field for everyone because of [recent legalization].” In Canada, Bill C-218, a private member’s bill that would legalize single-sports betting, recently passed second reading in the Senate. It is scheduled to go before the Senate’s standing committee on banking, trade, and commerce on Wednesday evening.

During the era that Gretzky played in the NHL, from 1979 to 1999, sports betting would take place through bookies and other underground venues, but “it was really frowned upon,” he said.

Now, “we’re in a different time, in a different era,” when pro leagues have all begun to work with sports betting companies, both to earn revenue by selling data to the sportsbooks and to increase fan engagement by keeping viewers glued to matches they have money riding on.

So, he is asked: Who would be bet on in the coming series between the Winnipeg Jets and the Montreal Canadiens? He said that Charlie Huddy, a former Oilers and L.A. Kings teammate, is an assistant coach with the Jets. “If I had to lean one way or the other,” he said, he would pick the Jets. “You always got to go with your friends, right?” 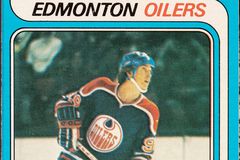 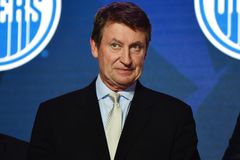