My working life ended 13 years ago when I began writing sports.

Because while sportswriting is a job, it isn’t work.

You go to arenas for free, where they reserve you a good seat and feed you a semi-decent meal. If the arena happens to be in Pittsburgh or Rio de Janeiro, you also get flown there, put up in a Marriott and get to keep all the reward points.

Occasionally, you sit alongside hysterical people who have dreamt their entire lives of being in this exact place at this precise moment watching this specific thing. All you are thinking is, “This WiFi better hold up,” or: “Not overtime. Please, please God, not overtime.”

I don’t want to say the job is easy. I suppose it wouldn’t be easy for someone who doesn’t enjoy completely rewriting an 800-word story in six minutes, knowing thousands of people will read the resulting word salad and then laugh at you.

Obviously, it’s gotten less so in the past few months. And now – for a few people – it’s going to get weird.

This change of circumstances is a tidy professional metaphor for what many workers are facing in the next few months or (please, please God, no) years.

This past week, the NBA released guidelines for those reporters who would like to bubble with the league at Disney World in Orlando.

In advance of leaving, you must quarantine in your own home for seven days. That done, you fly to Florida and are tested for COVID-19. If you’re clear, you quarantine in a hotel room for another week. During that time, you may not leave the room for any reason other than to undergo daily testing.

Get used to that part. For the entirety of your stay, you will be poked and prodded daily with COVID-19 tests, temperature checks and “fingertip pulse oximetry.”

You can’t leave the “campus” (the NBA’s shiny, happy phraseology). You can’t go anywhere on the campus without a mask. You can’t go near anyone else. The only places you can be are in your room, at an arena or on a bus to one or the other.

“Failure to comply with any of these rules will result in revocation of credentials and termination of hotel stay,” the NBA’s note reads.

I don’t know how many people have been blacklisted and bodily removed from Disney World. Hey, maybe you’ll be the first.

The only lure here is that you will have limited access to players and coaches. If it’s anything like the usual playoff access, that means lobbing questions up at people on a podium. Things that can be are filmed and widely disseminated. But you were in the room, I guess.

I can sort of imagine doing this for a couple of weeks. A change is like a vacation. But for the lucky few covering a team that makes the finals, this will go on for three months.

Have I mentioned the cost? The NBA is charging a flat fee of $750 a day, including food, accommodations and transportation. The good news is you won’t be wasting money in the bar because you can’t go to the bar, and if you did you’d have to suck a martini through your mask.

If loneliness or cabin fever cause you to freak out in the middle of your stay (a possibility I’d guesstimate is quite high), you can switch out with a colleague in early September. The NBA tacks on a $6,000 changeover fee for that privilege.

The napkin math here: Some outlets will be paying up to $75,000 to attend a minimum-security-prison fantasy camp.

For a sportswriter, being physically present at the game is not an advantage. When I first got into this, the old timers who covered the New York Yankees never bothered taking their seats up in the pressbox. They stayed in an underground media dungeon a few feet away from the Yankees clubhouse and watched the games on TV.

(They were wrong to do this. But only because the pressbox at old Yankee Stadium had its own dedicated hotdog stand.)

The Yankees’ guys’ rationale was that a) TV has replays; and b) they remained at all times as physically proximate as possible to their subjects.

The only professional advantage to being there is access. It’s the chance conversation you have after running into someone in a hallway; or the remarkable thing you see while you were just standing around.

During the previous NBA playoff run, I was heading to get a coffee when someone shouted, “EVERYONE AGAINST THE WALL, PLEASE.” It was the “please” that stood out.

A couple of seconds later, Barack Obama walked by. It is difficult to describe how magnificent he looked.

I don’t remember if the Raptors won on the night, but I remember that.

Sportswriters aren’t going to have any random conversations or Obama moments for a long time. Which is fine. We’ve had more fun than most. There’s no harm in this job becoming more like a real job for a while.

I do wonder about other people, though, people already doing real jobs. The fun in any job is the people you do it with.

You won’t be able to huddle with those people any more or talk to them on the elevator or have lunch together. Everyone’s doing think pieces on the topic “How Will Work Change?” Best I can tell, it’s going to become a lot more like 1984. Tromp in, stare at your screen, march out, keep your distance, at all times obey Big Brother’s instructions.

That’s if you’re going “in” anywhere at all or ever again. I like working from home. I really like it. But I don’t like it enough that I want to do it every day for the rest of my life.

I miss my colleagues. I miss the stupid jokes, the dinners together, the bar afterward, the dance between us and the people we cover, the commiseration. I even miss the deadlines.

I can live without for a while. As sacrifices go, this is the least of them. But looking at that NBA guidance, I am for the first time thinking about doing that forever. And that is not going to work for me. 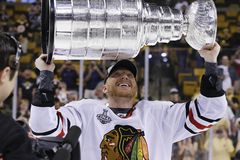 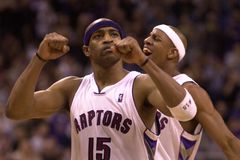 Opinion
Novak Djokovic’s health and wellness initiative catches up with him – but also serves as a timely warning
June 24, 2020 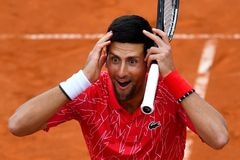