After his team was eliminated from the NHL playoffs, someone asked Chicago general manager Stan Bowman what it was like inside the bubble.

“Almost like you’re in prison,” Bowman said. “It’s the mental toll that you’re kind of trapped. You can’t go anywhere. And over time, it does start to get to you.”

Chicago was knocked out in the first round, meaning Bowman’s team spent three weeks in fully catered confinement. Stanley Cup finalists Dallas and Tampa have been in there for eight weeks and counting.

So how does eight months sound?

If the next NHL season continues under current COVID-19 parameters, it’s going to seem less like a hockey campaign and more like a sociological experiment into deep-space exploration. But in this version, the astronauts and everyone at mission control take a huge pay cut before liftoff.

On Saturday, commissioner Gary Bettman did his usual prefinal news conference. Traditionally, this is Bettman’s chance to pat hockey on the head and tell it it’s a very good boy.

There was more of that than usual this time around. You’d think the NHL had taken Omaha Beach, rather than convinced its employees to follow basic medical protocols.

But all the self-congratulatory vibes took a swing when Bettman was asked about next year.

Back in July, the NHL speculatively floated the idea to its players' union of a Dec. 1 start to the 2020-21 campaign.

On Saturday, Bettman – bristling noticeably and switching into his second language, Deep Jargon – walked that back.

“Obviously, we’ve started informally thinking about what optionality is …” – (listener begins flipping through dictionary) – “… Dec. 1 has always been a notional date. I will not be surprised if it slips into later December. It could slip into January.”

Do I hear February? Will anyone give me February? How about March? Who’s willing to go to March?

In trying to plot its near future, the NHL has a bunch of problems, which boil down to one problem – how much are people willing to give up in order to continue playing hockey?

If the season restarts in December or January, per Bettman’s hope, then it’s a bubble season. Other leagues can huddle in (the increasingly breached) Fortress America. The NHL has a closed border to deal with.

Having denied the Toronto Blue Jays the right to hop back and forth across the border, there is no way Ottawa can explain seven hockey teams doing the same thing under virtually the same circumstances. Basing the Montreal Canadiens in Dubuque is a non-starter. So a bubble it is.

“It’s no secret that attendance, directly and indirectly, impacts at least 50 per cent of our revenues,” Bettman said.

A dozen NHL teams already operate either in the red or close to it. The owners talk a good game about being in it together. We’re about to see how well that utopian ideal works under rational market conditions.

In order to make the season viable, the pain will have to be passed on to the players, and in several ways.

First, there’s the bubble itself. What’s the best way to do a stretch in solitary? Do you do it in one big push, or do you lengthen it to accommodate breaks out in the yard?

Then there’s the money. The players had already been paid out the bulk of their salaries for this season when the bubble began. Now we’re into a different reality. There is no way the owners will agree to a restart unless the players' union agrees to enormous, across-the-board pay cuts. That would require reopening the collective agreement, which had just been extended to 2026.

Take all the ‘spirit of the game’ talk out of it. If your billionaire employer came to you and asked you to take a 50-per-cent whack – and assuming you didn’t need that money in order to afford groceries – would you go for it? Of course you wouldn’t.

That would suit the owners fine. Holding a full NHL season without fans in attendance makes no business sense at all. Cultural inertia might convince the legacy franchises to continue – good of the nation, public spiritedness and all that. But nobody in Columbus or Nashville thinks hockey is integral to civic morale.

The NBA – the closest analogous business – can probably manage a full year without fans because of the size of its TV contracts. But the NHL cannot. A pandemic season will bleed some clubs dry.

The most obvious solution – one no one in the NHL has said out loud yet – is putting things on hold for a year.

This would spare us the predictable goonshow of the union and ownership spending the next four or five months trying to blame each other for a cancelled season neither wants to happen.

If and when the pandemic begins to ease again, that’s likely to happen next spring. There is no sense in starting a hockey season in April or May. That would functionally mean the NHL is declaring hockey a summer sport.

Logistically, calling a pause isn’t difficult. Put all current contracts in stasis. Hold the draft. Sign free agents, but don’t start their clock until the league resumes. Broadcasters won’t be happy, but it’s better than paying to televise hockey in August that far fewer people want to watch.

Everyone loses a year, but no one loses their shirt.

Fans will find other things to do for a while. They’ve already managed that several times in the past 20 years, and the NHL is no worse off for it. In fact, it may have done better out of the bargain.

Is this the way anyone wants it? Probably not. Is that where we’re going to end up anyway? The current reality suggests it is.

The big question now is how long the NHL, its owners and its players want to draw this out before they realize this finals, the hockey going on right now, could be their last hurrah for a while. 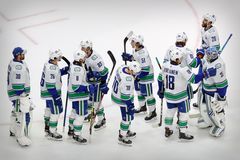 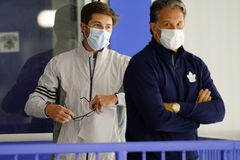 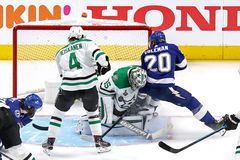