In a note explaining why she was dropping out of the Tokyo Olympics, Canada’s Bianca Andreescu cited “all the challenges we are facing as it relates to the pandemic.”

Presumably, these are roughly the same challenges she faced two weeks ago when she played at Wimbledon, and the same ones she will face three weeks from now when she plays at the National Bank Open in Montreal.

Three tournaments. Three similar challenges. It’s just that one of them sounds less lucrative and a lot, lot less fun.

Hey, who can blame her? Based on the (constantly changing) rulebook sent to journalists going to Japan, these Games are starting to sound like a spa trip to a leper colony. The amenities may be top drawer, but no one appreciates you being there and they sure as hell don’t want you anywhere near them.

As the serfs of the sports economy, journalists are used to this sort of treatment. My personal favourite is the way photographers are walked out onto the field before a major soccer match to take the team portraits.

They’re pushed together into a human clump, encircled by a rope and herded onto a riser by a pair of officials, one tugging, the other pushing. Even sheep are given the dignity of being chased into place.

That reality has been slowly working to separate the participants in the Tokyo Games into three groups – the pros who are ambitious, adventurous and/or patriotic enough to take their chances, the pros who don’t want the hassle and the amateurs who don’t have any choice in the matter.

The third group form the vast majority and are heard from the least.

At the Summer Games in Rio it was the golfers – particularly the men – who took a powder. The excuse that time was Zika virus.

After that, the aggregate star power tails off quickly.

The greatest absence is Serena Williams and Roger Federer. Not so long ago, it was presumed Tokyo would be a key stop in their respective farewell tours. Now it’s beginning to feel as though one or both will do a slow fade instead.

This is the depressing part of the creeping professionalization of the Olympics. Of course you want the top hockey/tennis/basketball et al players competing in a tournament meant to determine who is the world’s best. But that assumes they will show up when offered the chance.

For many pros, it’s clear the Olympics is a cherry rather than the sundae. Sure, it’d be great to represent your country. If it doesn’t affect your schedule too much. And it’s not too many time zones away. And your sponsors are cool with it.

This isn’t helped when most declining pros insist on putting out a hand-wringing public statement about the “difficult” decision to skip the Games. In some cases, it’s – and I can’t imagine how hard this must be for them – a “very difficult” decision.

It’s not that difficult. You get on a plane, go somewhere, play for a few days and leave. It’s the same thing you’ve been doing every week for years.

No one is that forthright, presumably because that might be interpreted as rubbishing the Olympics. Which it plainly is.

The Olympics is like paper money. It has value only because of a universally shared belief that it does.

Despite constantly banging on about how amazing the Olympics are, the IOC is not the caretaker of that belief. The athletes are.

We see them hyperventilating on a podium or weeping in a mixed zone and it is driven home to the rest of us we are watching an ultimate human experience. We hear about the sacrifices they’ve made in order to show up and place 14th and we are reminded that this thing is not like all the other things.

If they were up there going, “If I’d known it was going to be silver, I’d have gone to my cousin’s wedding instead” none of this would work.

That’s what the dissenting pros are doing. Without meaning any harm, they are nonetheless slowly and inexorably destroying the Olympic brand.

Every time one of them bows out, a small, subtle message is sent – the Olympics don’t matter. Singly, these messages don’t make much impression. But they do when they add up.

The cliché is that it is every young athlete’s dream to participate at a Games. Pros often use that precise formulation – “my dream” – in their social-media Olympic resignation letters.

They ought to stop doing that.

A, because it’s demonstrably untrue. If it’s your dream to do something, and you are offered the chance to do that thing, then you do it. You don’t say, “I’ve always wanted to go to the moon. But Tuesday? Tuesday’s bad for me.”

B, because it devalues the experience of all the amateurs for whom the Olympics really are a dream come true. These are the kayakers and judokas and field-hockey players – the people who aren’t getting rich off sport.

For them, the Olympic finish line is literal and metaphoric. Being there is final, irrefutable proof of success. They would go to the Olympics if it were hosted in Hell.

Pros have no obligation to represent their countries at a Games. But having chosen not to do so, they don’t get to wrap themselves in the flag at the same time.

If you cared and you could, you’d be there. If you really cared, you’d stop pretending to care so much and leave that territory to people who actually do. 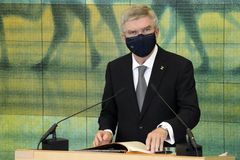 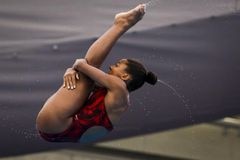 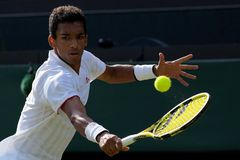