Pierre Karl Péladeau and thousands of hockey fans in Quebec must feel like that last, lonely wooden hockey stick left on the shelf after all those sleek, colourful composite ones have been spirited off to new homes.

Despite the fact the chief executive of media giant Quebecor has directed hundreds of millions of dollars into the hands of the NHL in pursuit of a team for Quebec City, Péladeau was once again denied when NHL commissioner Gary Bettman made the announcement everyone was expecting on Tuesday. Seattle, the latest U.S. city to zip past Quebec as the shiny prize every league owner felt the NHL had to have, was awarded an expansion franchise for a mere US$650-million.

The wait for Quebec fans to see a replacement for the Nordiques, who fled south to become the Colorado Avalanche, is now in its 24th year. In pursuit of a team, expansion or otherwise, Péladeau spearheaded the construction of the $370-million Videotron Centre in Quebec City and promised Quebecor’s sports television network, TVA Sports, would pay $125-million a year for 12 years for the French-language broadcast rights as part of the big contract Rogers Communications landed in 2013. It is money the NHL happily accepts.

Péladeau’s reward for all that cash was to be a wallflower at the past two expansion dances with a few vague mentions that, yes, Quebec is a fine candidate and we’re still thinking about them. Las Vegas was swept onto the dance floor in 2016 for US$500-million. At the time, Bettman said Quebec’s bid was not rejected, merely “deferred.”

On Tuesday, Quebec fans found out deferred really means dangling indefinitely, if they didn’t already realize that. When the question of Quebec came up after it was announced billionaire David Bonderman and film producer Jerry Bruckheimer landed the franchise for Seattle for the 2021-22 season, bringing the NHL to 32 teams, Bettman again was vague.

After he noted NHL deputy commissioner Bill Daly said recently 32 was not a magic number for the league and more expansion was possible, Bettman said, “I wouldn’t disagree with that statement, but we’re not looking right now and in the foreseeable future at any further expansion.”

This means once again Quebec’s best hope for a team is a relocated one. The next shiny object in expansion for the NHL is Europe. That will require a whole division, at least four teams, all in Europe, which leaves no room for Quebec.

All Quebec gets is lip service and excuses. Yes, there is more corporate money around than in 1995 when the Nordiques left and the Canadian dollar is in better shape, but that 800,000 metro population is still a bit small. We had to add two teams in the Western Conference to balance the east and west to 16 teams each. But we know you have lots of rabid hockey fans with money to spend and there is a great rivalry with Montreal, so just be patient.

As for relocation, no one had better get too excited about this. The most likely candidate right now, something that was emphasized Monday by the realignment plan to accommodate the Seattle team, remains the Arizona Coyotes.

As always, the Coyotes are not selling many tickets and their owner, Andrew Barroway, is looking for a “partner.” The Coyotes will move from the Pacific Division to the Central Division to allow Seattle a spot in the Pacific.

Bettman said the Coyotes play most of the season on Mountain time, which works better in the Central Division, and the people who do go to their games seem to prefer seeing Central teams. What Bettman did not say is that Barroway is just the latest underfinanced owner of the Coyotes and Houston, which just happens to be a good fit in the Central, is a potential new home for them. Houston also has a rich guy, Tilman Fertitta, who says he wants a hockey team to go with his Rockets NBA team.

In the Eastern Conference, the relocation candidates based on attendance are the Carolina Hurricanes, Florida Panthers and New York Islanders, who rank 29th through 31st behind the Coyotes in average attendance. But the Panthers may be the only real candidate here and that is years away at best.

The Hurricanes have a relatively new owner in billionaire Tom Dundon, so loss fatigue has yet to set in. The Islanders are now in position to have a new arena built closer to Long Island than their ill-advised Brooklyn adventure.

That leaves the Panthers (it is way too early to consider the Ottawa Senators). Owner Vincent Viola seems cool with writing cheques every year to cover many millions in losses. But he also has a sweetheart arena deal and the facility gets lots of non-hockey events, so that eases the pain.

So for Quebec, it’s back to serving as the NHL’s blackmail threat to any city reluctant to cough up a favourable arena lease or build a new one for some owner who can’t sell tickets.

New NHL teams have had ups and downs in latest expansion era
December 4, 2018 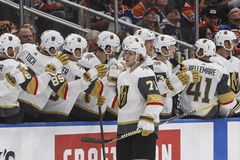 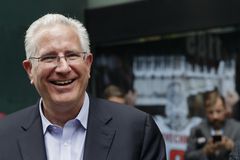 Now that William Nylander has landed, when does he play?
December 3, 2018 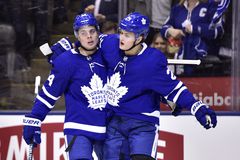