On approach, Larry Walker gripped the ball in his right hand and steeled himself. His mind raced over the 17 years he spent in Major League Baseball. As a one-time National League MVP and career .313 hitter, Walker had faced his share of pressure. Here he was again.

The 48-year-old native of Maple Ridge, B.C., glanced at the growing crowd gathered in silence behind him. Could a former clutch home-run hitter come up big again?

Walker moved into his smooth delivery and released the ball that, for a moment, curved dangerously toward the right gutter.

Then the big hook Walker has honed in his new favourite sport did what it was supposed to, and the ball curled to the left. It nestled perfectly into the coveted one-three pocket, scattering all the pins with thunderous clatter.

The bowling alley crowd erupted, much like the fans in ballparks in Montreal, Denver and St. Louis did during Walker's career, when he knocked majestic home runs that would make him the most feared Canadian-born power hitter of all time.

For Larry the bowler, it was his 12th consecutive strike – a 300 score and a perfect game in an activity he only seriously took up four years ago. He plays at Verdes Tropicana Bowl in West Palm Beach, Fla., a 32-lane facility that opened in 1959 near where Walker has lived since retiring from baseball after his final season with the Cardinals in 2005.

"It was neat," Walker said on the weekend, when asked to recount his memories of the bowling perfection that happened on April 10 and made tiny mention in a few sports reports across the United States the following day, and was nothing like the attention he got on the baseball field. Walker's 383 career home runs lead all Canadian-born major league players. Only Matt Stairs comes close, with 265.

Walker, who has a National League most-valuable-player award to his credit, earned as a member of the Rockies in 1997 when he stroked 49 home runs and drove in 130, is a long way from being as proficient in bowling, with the exception of the night at Verdes when every ball Walker delivered hit the sweet spot.

"I've been fortunate to have a couple holes in one in golf and to bowl a perfect game, but I won't say I've mastered bowling," he said. "The first year I started playing I averaged 174, and now I'm averaging 202 this year. So it's been a challenge."

Walker was in Toronto on the weekend for Baseball Canada's 12th annual national team awards banquet and fundraiser. He was joined by fellow Canadian major league players Russell Martin, Justin Morneau, Joey Votto and Michael Saunders, the Jays' new 28-year-old outfielder who arrived in a trade from Seattle in December.

Now that his own baseball days are well behind him, Walker exercises his competitive spirit in the 31-team league at Verdes.

"Everybody knows who I am and everything, but for the most part they don't pin me in a corner and ask me a million baseball questions," Walker said. "They just let me hang out just like one of the other boys."

Like a major league ballplayer fiddles with his batting gloves at the plate, Walker fusses with his bowling grip. Not satisfied with the action he got on the ball using the conventional three-hole grip, Walker inserts just two of his fingers in the holes, keeping his thumb on the outside. His hands are big enough to be able to palm the ball and throw it with more spin.

Bowling teammate Ted Simmons, who has 21 perfect games to his credit, said Walker threw himself into the sport with the dedication of a professional athlete, soon recording every shot on PinPal, a bowling scorekeeping application Walker keeps on his iPhone.

The night he bowled his perfect game, Simmons said the team honoured the same tradition that players on a baseball team follow when the pitcher is pitching a perfect game. Nobody said a word about what was unfolding.

"That night he shot the 300 he kept going and you could see how it kept building inside him as he got closer and closer," Simmons said. "And when he gets up there to try to shoot the last one and he does it, he comes back and he goes 'Oh my God, I was more nervous throwing that ball than I was batting in front of 100,000 people!'"

Walker took a picture of the scoreboard after delivering his final strike and was later given a little trophy that sits prominently in his office. The plaque he got for winning the MVP award in baseball rests on a nearby shelf.

Still, he said there is no comparison between his perfect game in bowling and what he accomplished on the baseball field. 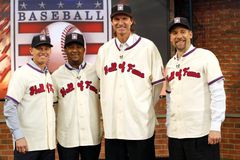 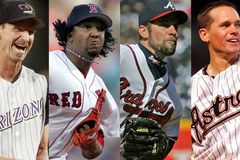 A dominant career, and now Pedro Martinez waits for call from Hall of Fame
January 2, 2015 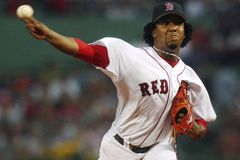 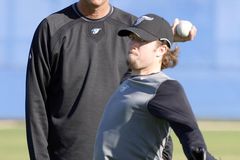 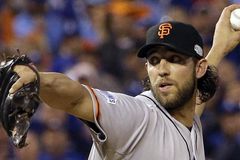