Emily King, Olivia Polak and Vinita Persaud just wanted to have fun. So, Friday night in Toronto ... a bachelorette party ... what to do? Why, how about a baseball game, girlfriends?

Baseball is becoming cool again in Toronto, no matter that the Blue Jays are performing below expectations. More specifically attending a baseball game is becoming the thing to do.

The 18-to-34 age group comprised 50 per cent of Blue Jays attendance in 2012, compared with 37 per cent in 2010, according to in-stadium survey results conducted by Ipsos-Reid and provided by the club. By comparison, a poll of more than 200,000 people conducted last summer by Scarborough, a market research company in New York, found that only 18.3 per cent of Generation Ys [defined as 18 to 29] in the United States indicated "any" interest in baseball.

The percentage of women within the Gen-Y group at Rogers Centre jumped to an astounding 50 per cent from 30 per cent over a two-year span. While 2013 data aren't yet available, Blue Jays executives believe anecdotal evidence shows a continuing trend toward more youthful/female attendance this season, remarkable for a sport reputed ruefully in many markets as 'dad's game'.

"It's fun, like a concert," says King, 29, who works in advertising and lives within an easy stroll of the stadium. "I'm not sure we're actually watching the game, to be clear. ... It's the best patio in the city, the best people-watching in the city."

"It's outside, it's social," says Polak, 30, in ophthalmology and living 30 minutes away. "We're here with like eight other girls for a bachelorette party instead of just sitting in a bar. It's not expensive and we can 'watch' the game – in quotations."

The Toronto Blue Jays have generated the largest attendance increase in all of baseball this season, and still lead comfortably in year-over-year attendance improvements with 220,347 more through 46 dates, a per-game average of 4,790. Baltimore is now in second with a boost of 166,976 through 49 dates, an average of 3,408.

Spilling from the surrounding condominiums, the younger demo brings boisterous energy to a stadium that has tended more toward mausoleum-quiet on many nights since the heady days of 1992 and 1993 World Series championships.

"We clap when it's necessary, we boo when it's necessary," Polak says. On Friday nights, many will spill into King Street bars after a game, still wearing their Blue Jays jerseys, T-shirts, tank tops and caps. The gear is everywhere, these days. Online retailer Fanatics.com reported a 60-per-cent year-over-year sales increase of Blue Jays licenced gear to date, and a 140-per-cent hike compared to the same point in the 2011 season.

Since the 1992-93 championship years, high-rise condominium buildings around the Rogers Centre in downtown Toronto have sprouted in tandem with the ferociousness of pent-up demand for a winner in the city. The population of the waterfront communities area around the stadium has exploded, with the 2011 census showing a near-tripling of men and women aged 25 to 29. With favourable ticket prices and accessibility, the club saw a promising market opportunity.

Because Rogers Communications Inc. owns both the team and its sole Canadian radio/television broadcaster, Rogers Sportsnet, the company can integrate fan tweets and e-mails from across the country into its game presentation. Sportsnet television producers aren't shy about locking their cameras on attractive young women in the crowd either, sending a message to those not in attendance.

"Take a look at the demographics. That's the Twitter and the Facebook generation and they're using [those tools] more than anybody else," said Richard Powers, senior lecturer and former executive director of the MBA program at the University of Toronto's Rotman School of Management. "It's a brilliant concept: 'On Twitter, I spoke to Jose about ... and he sent me a note.' It builds the brand and builds the recognition."

The Blue Jays' go-forward challenge is to convert fans attending the game for the fun of it into regular baseball fans. Strolling the upper-deck concession area with Polak and King, Persaud, 29, a marketer who lives a streetcar's ride away in High Park, grew up watching baseball, lost interest, and came back to the Jays recently. She finds story lines such as Japanese infielder Munenori Kawasaki's tale to be gravitating. All three women said they'd watched the "I am Japaneeeessse!" video on YouTube. Along with a number of other women interviewed for this story, she indicated the club's eye-appealing roster has enhanced her interest.

King cut in, laughing, while looking at Polak.

With a winning team, Rogers Communications president Keith Pelley predicted last winter that Sportsnet, which has exclusive rights to the Jays games, could draw one million viewers a game, but average viewership was barely half that through June, according to BBM figures. On the momentum of preseason hype, the televised games drew an average of 639,000 viewers in April. But the team started slowly and nearly fizzled out altogether with a won-loss record of 10-21 through May 4, and viewership plummeted to an average 434,000 in May.

"Broadly speaking, I think the Blue Jays have become relevant again," Brooks said. "With the advertising, the promotions and fanfests, you hope to amplify the momentum that is already there, because people have bought into the team, its players, and the potential to win. But bottom line, that is professional sports – it all starts with winning." 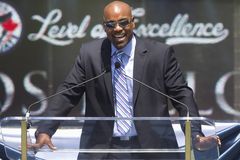 Blair: Calming Lawrie at the plate a work in progress
July 19, 2013 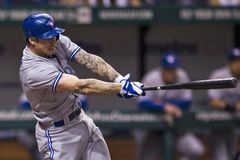 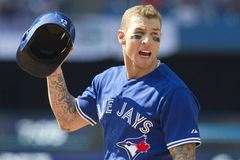 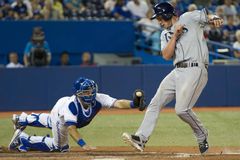 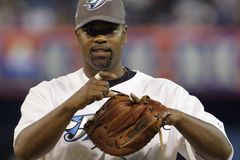 Story lines for the second half in Major League Baseball
July 19, 2013 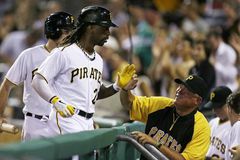 Jays have dug themselves a deep hole after poor first half
July 19, 2013 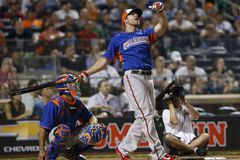 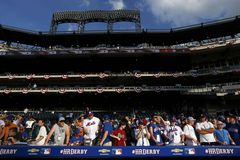 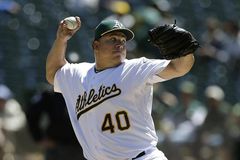 Blair: Arencibia comes out swinging off the field, too
July 4, 2013 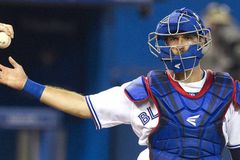