Vladimir Guerrero Jr. scored the winning run on Joe Panik’s sacrifice fly, capping a three-run rally in the bottom of the ninth inning that gave the Toronto Blue Jays a 6-5 victory over the skidding Miami Marlins on Wednesday night.

“If you want to be a winning team, everybody’s got to contribute,” Blue Jays manager Charlie Montoyo said. “[Panik] came through with the big hit, the big sac fly. It was great.”

Bo Bichette tied it with a two-run triple, and Randal Grichuk hit two solo homers to help Toronto improve to 2-0 this season in its temporary Buffalo home.

“It felt good,” Bichette said. “It was a tough pitch and I was able to put the barrel on it.”

Panik lofted a one-out fly in a steady rain against reliever Yimi Garcia (3-4) and reached safely when centrefielder Starling Marte dropped the ball for an error.

With the Blue Jays trailing 5-3, Reese McGuire and Marcus Semien started the ninth with singles and Bichette drove in both with a triple to right field. Guerrero and Teoscar Hernandez were walked intentionally to load the bases before Grichuk hit into a force play, setting the stage for Panik.

“My command with my fastball was not working well,” Garcia said. “It led to things not happening the way I wanted them to happen.”

Bichette’s triple down the right-field line followed a pair of foul balls to the right side.

“I could tell he was staying back,” Montoyo said. “That’s when he’s really good. His two-strike approach is outstanding. It was beautiful.”

“It’s one of those where you get the lead, you get to your right guys in the bullpen and you feel pretty good about it,” Miami manager Don Mattingly said. “We had the lead at the end of the game and that’s really where you want to be able to hand the ball off to your bullpen.”

Toronto rookie Alek Manoah, a native of Homestead, Florida, ran into trouble against his hometown team and allowed three home runs in the first three innings and left with the bases loaded in the fourth.

“I wasn’t executing the off-speed pitches the way I needed,” Manoah said. “Even when I have a good outing, it’s a learning experience. They put some balls in the air today. That’s baseball.”

Lopez, who also had nine strikeouts on April 18 against San Francisco, fanned seven of eight batters at one point, with Grichuk’s second homer of the night interrupting the impressive streak.

Dickerson opened the scoring with a one-out solo shot in the second inning, his second of the season. Chisholm struck with a two-run drive in the third, his sixth, to put Miami up 3-1, before Aguilar went deep one out later for his 10th of the year.

After Manoah walked two batters and hit another with a pitch with one out in the fourth, he was replaced by Joel Payamps, who fanned Chisholm and got Marte to ground out.

Grichuk hit his 11th homer leading off the fourth inning against Lopez to make it 4-2. It was Grichuk’s 10th career multi-homer game.

Marte hit his third homer in the seventh, providing Miami with its first four-homer game since the finale of a Sept. 18, 2020, doubleheader against Washington.

Guerrero, the American League batting leader, tripled in his first at-bat, but went 1 for 4 to drop his average to .335. In the seventh inning, with two on and Toronto trailing 5-2, he roped a sharp line drive to right field, only to have it caught by Adam Duvall. Hernandez then reached on Chisholm’s error at shortstop, enabling Semien to score from second.

The Blue Jays are unable to play in Toronto for a second straight season because of Canadian health restrictions due to COVID-19.

Semien became the first Blue Jays player to win a player of the month award since Edwin Encarnacion in August 2015.

Marlins: RHP Elieser Hernandez (right biceps), eligible to come off the injured list Thursday, will be activated at some point during the upcoming weekend series in Pittsburgh. “There is a plan in place, but we’re not going to tip our hat just yet,” Mattingly said.

Blue Jays: RHP A.J. Cole (neck tightness) was placed on the 10-day IL, retroactive to May 30, and replaced on the roster by RHP Jeremy Beasley.

The Marlins travel to Pittsburgh for a four-game series against the Pirates. The starter for Thursday’s opener had not been announced.

Toronto gets an off day before hosting Houston in a three-game weekend series. LHP Hyun Jin Ryu (5-2, 2.62 ERA) starts Friday in the opener. 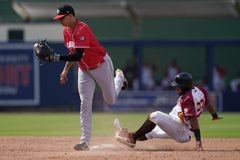 Canada earns spot in Super Round at Olympic qualifier with 6-5 win over Cuba
June 2, 2021 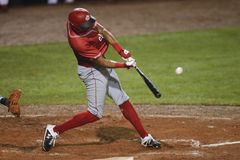 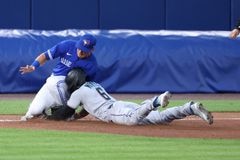