MLB announced the suspension – which is retroactive to May 8 and will cover a total of 75 games – in a release on Friday. The league says Osuna has agreed not to appeal the suspension and he will participate in a confidential and comprehensive evaluation and treatment program supervised by the joint policy board of MLB and the players’ association.

The 23-year-old Osuna is facing an assault charge and had been on paid administrative leave by MLB since being arrested last month.

The Blue Jays said in a statement that they “support the decision by the Commissioner’s Office.”

Osuna appeared in 15 games (15 1/3 innings) for Toronto this season, allowing 16 hits, five runs and one walk while earning nine saves. He has not pitched since May 6, two days before he was put on administrative leave.

Osuna’s lawyer, Domenic Basile, said in court on Monday that Osuna intends to plead not guilty to the assault charge.

Osuna’s case is scheduled to return to court July 9. 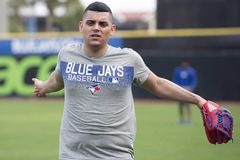 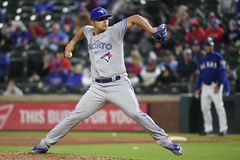