Matt Shoemaker knew that the plan was for him to pitch the first three innings for the Blue Jays on Tuesday, but when he breezed along on 35 mostly superb pitches he lobbied to remain in the opening contest of their wildcard playoff series against Tampa Bay.

He lost the deliberation, and Toronto lost, too, and it now heads into Wednesday’s game needing to win to keep from being quickly swept out of the postseason.

Blake Snell, the Rays' Cy Young Award winner, allowed one hit and struck out nine in 5 2/3 innings, and they scored on a wild pitch and a two-run home run by Manuel Margot in a 3-1 victory.

Shoemaker, who has never lost to Tampa Bay in his career, threw 27 strikes and allowed two hits in three innings before getting pulled in favour of Robbie Ray. The latter gave up a line-drive triple to right-centre field to Randy Arozarena, the first batter he faced, and then threw a low pitch that eluded catcher Danny Jansen and allowed Arozarena to score.

Ray ended up pitching through the sixth inning and left with only a 1-0 deficit, but it was too much for the Blue Jays to overcome in a game where they were overmatched against the Rays' elite pitching corps. Too often, Toronto batters found themselves buried in 0-2 counts after swinging through 95-mile-per-hour-plus fastballs and then flailed away at pitches out of the strike zone.

Toronto manager Charlie Montoyo laid the blame on his team’s offence, and defended the plan to skip over ace Hyun-jin Ryu, who will pitch in Game 2 against Tyler Glasnow, another heat-throwing pitcher on a staff that made Tampa the best team in the American League.

“I felt so good when it was 1-0 after six innings," Montoyo said. "That’s how we mapped it out, and we had a chance to win the game.

“Both Shoemaker and Ray were real good. They both did their job. We just didn’t hit tonight.”

Montoyo denied that Shoemaker tried to talk him out of removing him, even though a television camera showed the latter making an impassioned plea in the dugout.

“Of course I wanted to stay in," Shoemaker said. “Physically I felt great. I knew what the plan was, but I was still surprised. I didn’t think I’d come out after the third [inning]. It is what it is. Robbie [Ray] came in there and pitched well. Unfortunately, we didn’t win the game.”

The Blue Jays were limited to five hits by four Tampa Bay pitchers and struck out 12 times. None of those pitchers were better than Snell, a hard-throwing left-hander.

“I knew from the moment that he was throwing strikes that it was going to be tough,” Montoyo said. Before he was named the Toronto manager the year before last, he was the Rays bench coach. "I could tell he was on from the beginning.

“There is a reason that team is one of the best. They are good. When you play them, there is no room for error.”

Misplays contributed to the loss. In the fourth inning, Teoscar Hernandez was slow to dig out Arozarena’s liner to the base of the wall, which helped him advance to third base. It looked like Jansen could have stopped the wild pitch that was assessed to Ray two batters later.

Toronto had two runners on with one out in the seventh but Nick Anderson, who threw as hard 100 mph, retired Hernandez and pinch-hitter Joe Panik to end the threat.

A.J. Cole replaced Ray to start the bottom of the seventh and, after Joey Wendle walked, Cole gave up the 389-foot home run to left field by Margot. The Tampa Bay outfielder only had one home run in 145 at-bats during the regular season in 47 games.

The Blue Jays made things interesting in the eighth when pinch-hitter Rowdy Tellez looped a one-out single to centre and then went to third on a double to the base of the wall in right by Cavan Biggio. Bo Bichette then drove Tellez home on a sacrifice fly. Randal Grichuk then stranded Biggio at second base.

Pete Fairbanks came on in the ninth and struck out two of three batters to earn the save. Lourdes Gurriel had a two-out double but went to third on a wild pitch, but then Panik hit a short line drive to third to end the game.

The Blue Jays are now 4-7 against Tampa Bay this season. Most of the game have been close, but they will likely need an excellent game from Ryu to have any chance to tie the series. Tuesday’s game was the first in 11 in which Toronto failed to hit a home run and its batters looked baffled much of the time.

Biggio struck out against Snell three times before getting the double off a reliever in the eighth.

“Snell is a very good hitter and he did a good job getting ahead of us and keeping us off balance,” Biggio said. “You have to tip your cap to a performance like that.”

Teams that lose the first game in a three-game series go on to lose it a majority of the time. Toronto has left itself in an unenviable position with the opening-game loss.

“The biggest thing for us is not to panic,” Biggio said. “That is the worst thing we could do as a team. We have to slow the game down a little more. It’s a bigger stage right now.” 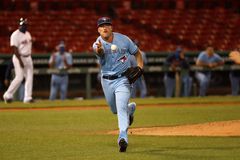 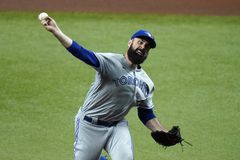 Blue Jays ready for first taste of playoffs, even with empty stands
September 28, 2020 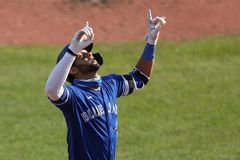