Tanner Roark wasn’t dissuaded by the small ballparks and big hitters of the American League East when he signed with the Blue Jays in free agency.

The veteran right-hander should be fine in Toronto, he said, as long as he can keep the ball out of the air.

“Pop-ups, they go out for home runs. It is what it is,” Roark said with a laugh Wednesday in his introductory conference call with Toronto media. “The Blue Jays were the ones who were most interested in me and I want to go to a team that wants me.

“With the young core group of guys coming up and what we have at the big league level, maybe [I can] give some knowledge, teach them some things, answer any questions they want to know. I’m here for them.

“As for the AL East part, just make your pitches. Don’t hang a pitch or else it’s going to go far. That goes for any league, any division.”

Roark, who turned 33 in October, will be stepping into a leadership role by default with a Blue Jays team stocked to the brim with young talent.

That youthful core is part of what attracted Roark to Toronto in the first place.

“They’re up and coming, and they’re really young. I’m 33 years old; I don’t think I’m that old, but I’m one of the oldest guys on the team,” Roark said. “I know what kind of future this team can hold and these guys can hold within themselves just going through their first year, getting a taste of what the big leagues are about, learning from last year ... I’m intrigued to see what these guys are all about.”

Roark, who entered free agency for the first time in his career this off-season, was 10-10 with a 4.35 earned-run average in 31 starts through 2019 for Cincinnati and Oakland, which acquired him at the trade deadline.

He is 74-64 with a 3.71 ERA over seven seasons, spending the first six of those with Washington before being dealt to Cincinnati last December.

Roark said the Blue Jays were the first to initiate contact with him this off-season.

He signed with the team after having conversations with pitching coach Pete Walker and bullpen coach Matt Buschmann and said he was intrigued by the prospect of working with young Blue Jays catchers Danny Jansen and Reese McGuire.

“Tempo for me is key and last year both [Toronto’s] catchers were rated great defensively, and they’re young guys, which is great too. .... That drew a lot of interest for me,” Roark said. “Now we’ll get to work together in spring training and we’ll talk [about] how I pitch to certain guys, and once we get on that same page and the rhythm gets going, there’s nothing better.”

Toronto was 67-95 last season, with starting pitching being a major weakness. The Blue Jays also acquired right-hander Chase Anderson from Milwaukee last month to beef up their rotation.

Roark, who has one career start at Rogers Centre – a forgettable four-inning performance that saw him allow four runs on eight hits in an 8-6 loss for Washington in 2018 – provides some stability to Toronto’s currently thin rotation.

He pitched more than 200 innings in 2016, winning 16 games for Washington that year with a 2.83 ERA, and has pitched at least 165 innings in four other seasons.

“I think what keeps me on the field is I work hard,” Roark said. “It can be a long arduous season, repetitive travel-wise, the mental part of it can just crush you. But I think working hard and doing what you need to do to prepare yourself for every fifth day, that’s the biggest thing.

“The stuff in between the starts is the real work and the fifth day is enjoyment of it all. All the work you’ve put in for four days and then you’re rewarded with a start to go out there and hopefully kick some butt.” 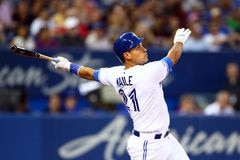 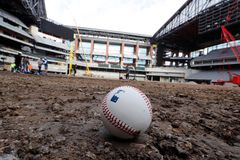