Cavan Biggio has never really believed in the idea of a sophomore slump.

The Blue Jays’ 24-year-old second baseman is too busy preparing for his second major league season – and first full one – to worry about superstitions.

“Have you heard of the Madden Curse? I think Pat Mahomes didn’t really care too much about that,” Biggio said Monday, referencing the star quarterback who appeared on the Madden NFL 20 video game cover and then led Kansas City to a Super Bowl win this month.

“I don’t worry about those type of things. I just look forward to dominating each day and [trying] to get better every day. And when games start, going out there and playing the hardest.”

Biggio, who started last year with the triple-A Buffalo Bisons before debuting with the Blue Jays in May, learned what it meant to struggle on baseball’s biggest stage over his rookie season.

The biggest downside to that, he said, was feeling like everyone knew about it.

“If you’re struggling in the minor leagues, you and maybe a couple other guys on the team know that, but in the big leagues pretty much everybody knows it – the whole fan base, the organization – and there’s a lot of different things that can creep into your head,” Biggio said at the team’s spring training facility.

“But you know, keeping those blinders on and keeping your head down and working and trying to get better, it’s really important not only in the big leagues but in this game.”

While Biggio had stretches of offensive production – he hit 16 homers, 17 doubles and drove in 48 runs – he also had 123 strikeouts over 100 games, and periods where he felt he failed to play up to his own expectations.

Biggio finished the year with a .234 batting average, .364 on-base percentage and .429 slugging percentage.

“You learn how to get through things like that and I think that’s important in this game because it’s such a long season,” said Biggio, adding that there’s more information available at the big-league level to help a struggling player.

“A lot of different things can happen and (there are) a lot of things you can make adjustments on. So yeah, I think it was a valuable learning experience.”

Biggio said he also spent a lot of his off-season improving on his defence, specifically working on his footwork in an effort to prevent himself from becoming “stagnant” in the field.

He said he would sometimes let the ball play him last season, instead of the other way around.

“With the work I’ve been able to put in, it’s just more consistently better footwork where I’m able to maximize my range and continue to dominate,” Biggio said. “When my feet are moving good I feel more confident, I feel more loose and I’m able to make more plays.”

Manager Charlie Montoyo believes Biggio – and the rest of Toronto’s young stars – will benefit from the months of experience they gained with the Blue Jays last season.

He said he’s excited about the youth of the team, centred around a core of Biggio, shortstop Bo Bichette and third baseman Vladimir Guerrero Jr.

“I’m looking forward to see the Bos, the Biggios and Vlads, the Gurriels [Lourdes Gurriel Jr.] ... having full years, seeing what they’re going to do this year,” Montoyo said.

Montoyo also expects Biggio to take on more of a leadership role in 2020 after gaining more familiarity with his teammates last season. While he sees Bichette as a lead-by-example type, he views Biggio as being much more vocal.

“They both play the game the right way, which is beautiful, that’s part of being a leader,” Montoyo said. “But Biggio, in the clubhouse, he speaks more than Bo does. They are a little bit different when it comes to that, but when it comes to how they play they’re the same.

“They complement each other.” 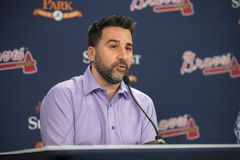 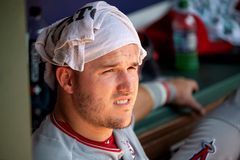 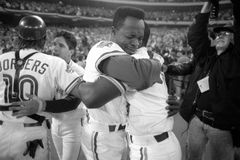