Cavan Biggio was at the wheel of his Ford F-150 Raptor pickup truck, crossing into Canada from Buffalo on Thursday night, and he rolled down his window as he approached the booth where the border-security agent sat.

Sitting beside Biggio, riding shotgun, was Thomas Pannone. Several hours earlier, the pair had learned they were being called up from the Buffalo Bisons, the Blue Jays triple-A minor-league affiliate, to join the big-league roster in Toronto.

The agent, of course, made the usual monotone inquiries as to where they were going and why.

“The guy was a bit confused,” Biggio recalled from the Blue Jays dugout at Rogers Centre on Friday afternoon. “We said, ‘We’re going up to play baseball.’ He was like, ‘Where?’ I was like, ‘Blue Jays.’ He was like ‘Blue Jays? The Toronto Blue Jays?’

“There was a bit of confusion.”

After the pair sorted everything out, they crossed into Fort Erie and were soon on the Queen Elizabeth Way heading toward Toronto.

They knew that Rogers Centre is at the foot of the CN Tower. And they both became excited when the city’s skyline, with the tower standing over it like a concrete sentinel, first came into view.

“Me and Pannone were joking about it, how you could finally see the tower and that’s where we’re going [to get to Rogers Centre],” Biggio said. “We’re an hour away and you can see, like, we’ve got to go to that tower. It’s pretty cool.”

And so the major-league odyssey begins for Biggio, a 24-year-old son of a Hall of Famer, who made his big-league debut at second base for the Blue Jays on Friday night against the San Diego Padres.

For Pannone, a pitcher, this was old hat: he made his major-league debut last year.

But for Biggio, one of Toronto’s top prospects, this adventure was all shiny and new and he was trying to drink it all in.

He said he was still getting over the shock when he was first informed by Bobby Meacham, the Bisons’ manager, that he was going to The Show.

“I mean, you always want to be in the big leagues and you dream of it,” Biggio said. “When it becomes a possibility you obviously think about it. And then when it happens, you don’t know what it’s going to be like, you can’t really picture it.

“It just kind of caught me off-guard. Just trying to get better every day in triple-A and the call was pretty cool.”

Biggio’s call-up does not carry the same cachet as when Vladimir Guerrero Jr. joined the team almost a month ago. Guerrero, after all, is considered the top prospect in the game.

But the Blue Jays also hold Biggio in high regard. He was hitting .307 in Buffalo through 42 games with six home runs when he was summoned. Last year, Biggio slugged 26 home runs at double-A, so his bat carries some pop.

And his pedigree is solid, the son of Craig Biggio, the Hall of Famer who stroked 3,000-plus hits during a 20-year major-league career, all with the Houston Astros.

Both Craig and his wife, Patty, made the trip to Toronto – along with a number of other family members – to see their son make his debut, and they were on the field during Blue Jays batting practice.

Before he took his first practice cuts, the younger Biggio went over and embraced both his mother and father. It was an emotional, heartfelt, moment.

Biggio was asked what advice his famous father gave him.

As with Biggio advanced through the Blue Jays organization, the younger Biggio – like his father – has seen most of his playing time at second base. But versatility is the name of the game these days with the rebuilding Blue Jays and Biggio has also been logging time at triple-A playing first, second and third base as well as the outfield.

Toronto general manager Ross Atkins said Biggio will probably see most of his time at second, but could eventually be shunted elsewhere depending on the team’s needs.

Brandon Drury, who has played 25 games at second base this season, found himself in right field for the start of Friday’s game.

Biggio said he has no problem leading a nomadic life on the field, moving from position to position if need be.

“It was something that I was really open to [trying] from the get-go,” he said. “I saw a lot of opportunity in it, when you talk about moving through the system.

“Being glued to one position, it limits yourself, I think. And when they brought it to my attention I was all for it.” 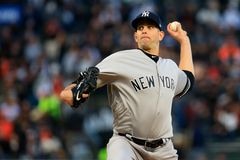 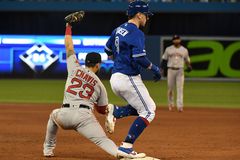 Left-handed starter Clayton Richard called up to make his Blue Jays debut
May 23, 2019 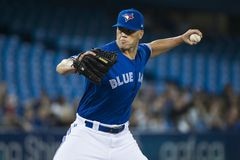