When people would ask Rogers Hornsby what he did all winter without baseball, the Hall of Famer had a stock reply. “I’ll tell you what I do,” he would say. “I stare out the window and wait for spring.”

Now spring is here, and yet there is no “play ball” cry. Adhering to COVID-19 pandemic guidelines, Major League Baseball has postponed the start of its season, upsetting not only the Hornsby kind but the natural order of things.

To fill the diamond-shaped void in many a heart and to settle bar bets, too, The Globe and Mail has orchestrated a computer-simulated playoff designed to determine the greatest Canadian baseball team in history, complete with daily box scores and game-by-game recaps determined by statistically based probability.

With the help of Strat-O-Matic, a number-crunching sports-game company based on Long Island, N.Y., the two-round tournament will involve the 1981 Montreal Expos, the 1985 Toronto Blue Jays, the 1993 Jays and the 1994 Expos.

How would Gary (The Kid) Carter, Andre (The Hawk) Dawson and Tim (Rock) Raines from the Expos’ first and only playoff squad in 1981 fare against their ’94 Montreal counterparts, who had more talent but fewer nicknames?

Does the young outfield of George Bell, Lloyd Moseby and Jessie Barfield from ’85 match up with the veteran-laden, World Series-winning Jays of ’93?

And would Joe Carter be allowed to “touch 'em all” today, what with these virus-fearing times?

Statistics sit at the heart of baseball, whether printed on the back of baseball cards or inky agate pages of newspapers or flashed on ballpark Jumbotrons. The uniqueness of the game’s obsessiveness with numbers, along with the predictive power of the stats, make it a natural for simulated versions of the real thing. They began as tabletop games, using dice rolls and spinner-wheels to generate realistic bat-by-bat results.

In 1961, Bucknell University mathematics student Hal Richman began peddling an early version of his stat-based baseball simulation out of his basement. Another popular number-heavy baseball board game, APBA, had been created a decade earlier. Though computer versions of the games have been available for years now, physical products still exist.

With the baseball season (along with the rest of the sports world) on hold, Strat-O-Matic will be simulating the 2020 schedule day by day on its website, beginning Thursday on what was supposed to be Opening Day.

The Globe will present its make-believe playoffs in print and online daily, also beginning Thursday. The opening seven-game series pitting Jays against Jays and Expos against Expos will lead to an all-maple-leaf Montreal-Toronto final to determine the winner of what we’re calling the Macdonald-Cartier Cup.

If looking for the most compelling narrative, it surely belongs to the 1994 Expos, a dominant team of Moiséses, Marquises and Pedro Martinezes denied a chance at championship glory because of a season-ending players strike.

One of baseball’s quaint joys is its eternal optimism, “We’ll get ‘em next year” is a rally cry, which, realistic or not, at least suggests a fair try at redemption. The Expos had their best chance ripped away from them in 1994. The Expos never came close again, and eventually the city of Montreal lost its team altogether. As we’re now finding out, next year doesn’t always come around on time.

Thursday, The Globe and Mail will run a game report and box score of Game No. 1 of the computer-simulated series between the 1985 Toronto Blue Jays (99-62) and the 1993 Jays (95-67). Scheduled starting pitchers are Dave Stieb for the ’85 squad and Juan Guzman for the ’93ers. The forecast calls for a sunny day, with a 100-per-chance of baseball. On Friday, we’ll report on the opening game of the fictional match-up between the 1981 Expos and their ‘94 counterparts. Opinion
Shapiro seems almost human as he muses on baseball’s place in a pandemic world
March 22, 2020 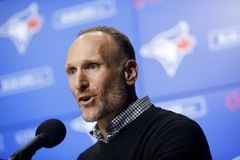 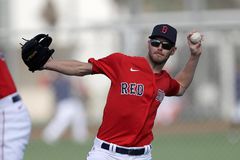