Manager Terry Francona praised the Cleveland baseball team for trying to “do the right thing” with a name change that was inevitable — and necessary.

On Friday, Francona complimented the team’s decision to drop its name after 105 years, a switch that came after months of internal discussions, meetings with numerous groups and one that will signal a new beginning for the AL club.

“I am proud of the fact that we are going to do something that is correct,” Francona said on a Zoom call from his home in Arizona.

The team announced its decision on Monday, ending a process that began even before owner Paul Dolan’s announcement in July — hours after the NFL’s Washington team dropped its controversial name — and said the club would do a thorough review of its name.

Dolan told the Associated Press in an interview that the team will remain Indians through at least the 2021 season, and that it would not adopt an interim name until a new one is chosen. Dolan also told AP that Tribe, the team’s popular nickname and a favourite by many fans as the new name, is not an option going forward and the club is stepping completely away from anything with a Native American connotation.

However, that doesn’t mean the team will disassociate itself with its history.

“That’s not the idea behind this,” Francona said. “I just think by simply saying, ‘Hey, we’ve always done it this way, so we’ll just continue to.’ Shoot, if we did that, Jackie Robinson may have never played in the game of baseball.

“Nobody was ever trying to be disrespectful, but that wasn’t a good enough answer anymore.”

Francona understands it may take time for some people to embrace the change.

“What’s important for people to understand is what we’re really proud of is the first name of our team, which is `Cleveland,”' he said. “I hope you’ll never hear a player say something that’s contrary to that. And maybe in the next year or so, the fans and people can have some fun with something moving forward.”

Like many, Francona said the social movement across the country this summer helped him better understand the need for change.

Francona has received “a lot of mail” concerning the name change. For the most part, he said people have expressed compassion and thoughtfulness on the subject.

Others, still are struggling to accept the decision.

“I just don’t ever want it to get lost, we’re not trying to be disrespectful to anybody, believe me,” he said. “We’re trying to be the opposite, and that’s being respectful.”

Francona missed most the abbreviated 2020 season due to health issues, but said he’s dropped some weight, is feeling better and raring to go.

The team will look a lot different next season following the loss of free agent closer Brad Hand, first baseman Carlos Santana and others. It’s also possible the club will trade All-Star shortstop Francisco Lindor in the next weeks or months.

Cleveland has been unsuccessful in working out a contract extension with Lindor, who has just one more year left on his deal with the financially-strapped team.

Francona appreciates the club has reached a point where it really has no choice but to trade Lindor, the face of their franchise. He’s confident Chris Antonetti, the team’s president of baseball operations, and general manager Mike Chernoff will do whatever’s necessary to keep the team competitive.

As painful as that may be.

“We all know Frankie is not only an unbelievable player, but an unbelievable person, and we love having him,” Francona said. “Believe me, nobody likes having him more in uniform more than I do, because I make the lineup out. But we do have challenges. And we’re gonna have to try to attack those challenges — where that goes, I don’t know. "

NOTES: Francona hopes Curt Schilling finally gets elected to the Hall of Fame this winter. Schilling pitched for Francona in Philadelphia and Boston, where he helped the Red Sox end their long World Series drought. “He had a huge hand in us winning,” Francona said. “I’m as big a fan as, and I know I’m biased, and I should be. But I’ll be rooting like crazy that he gets in this year.” 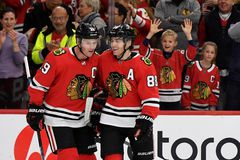 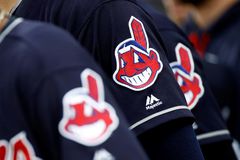 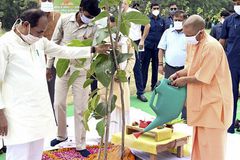