Before the Cleveland Indians make a definitive decision on changing their name, they’ll listen to those they may have most offended over the past 105 years.

Owner Paul Dolan said the team will speak to Native American groups as one of the preliminary steps in the potential name change, which was spurred by a national movement this summer to remove racist symbols and monuments.

Earlier this week, Dolan, whose family took ownership of the franchise in 2000, met with Cleveland’s players, front-office members and manager Terry Francona to discuss the possibility of the name change as well as other issues such as social justice and race relations.

“Our players care about the organization and feel strongly about social justice and racial equality,” Dolan said on the eve of the team’s delayed season opener. “I support their interest in using their platform to unite our city and our nation through their actions.

“As I explained to our players, I am invested in engaging our community and appropriate stakeholders to help determine the best path forward with regard to our team name. In the coming weeks, we will engage Native American leaders to better understand their perspectives, meet with local civic leaders, and continue to listen to the perceptions of our players, fans, partners and employees.

“We feel a real sense of urgency to discuss these perspectives with key stakeholders while also taking the time needed to ensure those conversations are inclusive and meaningful.”

The Indians’ decision to consider a name change comes on the heels of Washington’s NFL team dropping the name Redskins along with a logo deemed racist and offensive by many. On Thursday, the football franchise said it will go by the Washington Football Team for the 2020 season until new, full-time name is chosen.

Dolan’s plans are viewed as “a big step forward” by Philip Yenyo, executive director of the American Indian Movement of Ohio. He’s asked to meet with Dolan in the past, and has not yet been contacted by the club.

And while encouraged by the Dolan’s statement, Yenyo remains skeptical about the team’s sincerity.

Joshua Hunt, vice chair of the Committee of 500 Years of Dignity and Resistance, also hopes his advocacy gets invited to the discussions. Hunt said the committee would seek an acknowledgment from the team that its name and mascot have long harmed Native Americans while calling for all references in name and imagery to Native Americans be eliminated.

“If they’re not, they’re just going to be perpetuating harmful, racist stereotypes of Native Americans,” said Hunt, a Cleveland resident and citizen of the Cheyenne and Arapaho Tribes of Oklahoma.

Chris Began, chair of the Committee of 500 Years, wonders if the Indians will follow through.

“I find Dolan’s remarks and actions to be soft and full of fluff,” he said. “The demand to advance social equality is here and it is now, karma is on the indigenous populous side and we are not going anywhere until we see 100% change and see Cleveland’s baseball team do away with Native mascot and imagery.

“We have been at this crossroads before so we will always anticipate the franchise to drag their feet as they always dragged its feet as part of their slow down tactics.”

The Indians have shown a willingness to change.

They removed the contentious Chief Wahoo logo from their game caps and jerseys after the 2018 season. The smiling caricature had been part of the team’s history since the 1930s. Despite it not being on the team’s game-day apparel, Chief Wahoo is still on some merchandise available to the public.

Dolan said the team intends to share “periodic updates as we make progress” on the name change. The team hasn’t definitively said it would drop Indians, which has been its name since 1915, but it appears there’s momentum toward that taking place.

Hunt feels the team is genuinely considering a name change, but questioned the timing.

“I can’t help but think, wow, it took a series of tragedies in order for you to finally do the right thing … and this national conversation about racial inequity and how racism harms Black and brown people,” Hunt said. “There’s sincerity, I guess, but the motivation seems suspect.”

Francona said a few weeks ago that it was “time to move forward” and change the name. Many Cleveland fans seem to be in favour of a new moniker as well, but there is some resistance by those who don’t view Indians as an offensive term.

The Indians, who haven’t won a World Series title since 1948, will open the COVID-19 delayed season Friday against the Kansas City Royals.

Before the game, several groups plan to demonstration outside Progressive Field focused on Native American imagery in sports. 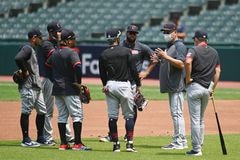 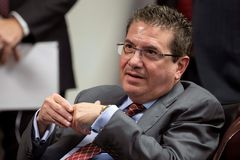 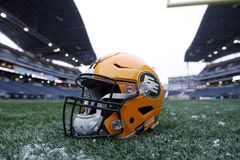