Looking relaxed and refreshed in an off-season when he doesn’t have to worry about baseball plans, former Blue Jays manager John Gibbons said Wednesday that he’s loving life and is enjoying a break from the game.

“After I’ve been at home for a couple extra weeks and they’re starting to play games, I might feel a little different,” Gibbons said with a laugh before attending the Conn Smythe sports celebrities dinner and auction.

His departure was finalized late last season and the team made it official on the day of the home finale. Gibbons got a chance to say goodbye at a news conference that afternoon, with fans and players showing their love and respect for the popular skipper that night at Rogers Centre.

Gibbons received a standing ovation every time he came out to make a pitching change in that 3-1 win over the Houston Astros. He even got a Gatorade shower at the end of the game.

“To finally actually get there, I’m pretty proud of that,” Gibbons said. “It was a good group of guys that did it.”

Toronto returned to the American League Championship Series in 2016, but missed the playoffs the past two seasons. The Blue Jays are now rebuilding and hope to return to contention in two or three years.

“I’m a big fan, I always liked the guy,” Gibbons said. “When we played Tampa, we’d kind of run to each other and say a few things. He’s got great enthusiasm. I think he’s a good fit for them, especially with all the young kids, because he is enthusiastic.”

Gibbons, who’s from San Antonio, doesn’t need to rush to find that next job as he had one year left on his contract. He said he’s been doing a lot of fishing lately and has been casually monitoring the off-season baseball news.

Gibbons has also made some calls and said he expects to get back in the game next year.

“I’ve got some friends out there that are in baseball and in good positions,” he said. “We’ve talked about some things. But I’m going to take a break. I think I could use it to re-energize a little bit. I’ll do something next year.

“I’d love to manage again but who knows how that goes. But I’m going to do something [in 2020]. Or maybe pick something up in the middle of the year or something like that.”

Gibbons is in second place on the Blue Jays’ career list for managerial victories with 792. Cito Gaston, who leads with 892 wins, guided the team to World Series titles in 1992-93.

Gibbons said he took a couple weeks to decompress once the 2018 season ended.

“After that, I let it go man, and then life goes on,” he said. “I’ve got friends and family and we did our thing. But I’ve got nothing but great memories.”

Gibbons first joined the Toronto coaching staff in 2002 as a bullpen catcher. He was promoted mid-season to first-base coach and served in that capacity until replacing manager Carlos Tosca.

As a player, Gibbons spent parts of three seasons as a catcher with the New York Mets. He later worked as a coach and manager for a number of teams at a variety of minor-league levels.

Former Blue Jays radio broadcaster Jerry Howarth, who retired a year ago after 36 seasons with the Blue Jays, was the recipient of a lifetime achievement award. 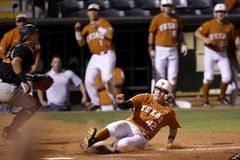