The Jays won the opener by the same 4-1 score as Robbie Ray pitched six strong innings and Randal Grichuk homered and drove in three runs.

Houck gave up one run and two hits. Garrett Whitlock (4-1) followed with two scoreless innings and Matt Barnes closed for his 23rd save in 27 opportunities.

“I felt really confident with all my pitches today. In the bullpen, it just felt right coming out of my hand early, continued that into the game,” Houck said.

Rookie Jarren Duran hit his first major league triple, an RBI drive in the fourth. He also scored on the play when centrefielder George Springer bobbled the ball.

“[Duran’s] speed changes the game,” Red Sox manager Alex Cora said. “That’s what we’re looking for. It’s a weapon and it was fun to watch him run the bases.”

Duran also had a sacrifice fly. Kevin Plawecki had a season-high three hits for Boston.

Vladimir Guerrero Jr. led off the Toronto fourth with a double and scored on Bo Bichette’s single to left. Guerrero tied Bichette for the AL with 78 runs scored.

“We haven’t played great games against these guys,” said Toronto manager Charlie Montoyo, whose team is 5-9 against Boston this season, losing five of the last six matchups. “Their bullpen has done a little better job than our bullpen. But our starters have done a good job, our offence has been equally good. But, their bullpen has been a little bit better in the games that they’ve won.”

Springer also homered as the Blue Jays topped the AL East leaders in the opener, a day after a rainout at Fenway Park forced the twinbill.

Ray (9-5) gave up one run on five hits, striking out eight. Jordan Romano earned his eighth save with a perfect seventh inning.

Grichuk’s 19th homer was a tiebreaking, two-run drive in the fourth off Garrett Richards (6-6) that landed in the first row of the bleachers in straightaway centre field. Springer led off the fifth with his ninth homer.

Boston scored in the first when a single by Rafael Devers set up an RBI grounder by J.D. Martinez.

Bichette walked in the second, stole second and later scored on Grichuk’s single back to the mound that Richards couldn’t contain.

Richards went four innings, allowing four runs on four hits with one walk and two strikeouts. It was his first loss in five starts since June 23 at Tampa Bay.

Blue Jays: OF Corey Dickerson, out with a left foot contusion, began a rehab assignment Wednesday with Triple-A Buffalo, going 2 for 4 with a double, scoring a run and driving in one against Worcester. It’s not clear how many rehab games he will get before being activated. “We’ll see how he feels, how many at-bats he needs,” Montoyo said. Toronto remains hopeful RHP Julian Merryweather can return this season after being out since April 14 with a left oblique strain, but that is uncertain. “Right now, he’s not close,” Montoyo said.

Red Sox: SS Xander Bogaerts was back in the lineup after being out since Sunday with a sore left wrist. ... RHP Hirokazu Sawamura, out since July 23 with right triceps inflammation, began a rehab assignment Wednesday. He threw a perfect inning with one strikeout against Buffalo. He is eligible to be activated Friday. INF Marwin Gonzalez, out since July 13 with a right hamstring strain, could begin a rehab assignment this weekend. INF Christian Arroyo, out since July 19 with a left hamstring strain, has not yet run and “is not close enough yet,” Cora said. Cora is hopeful RHP Ryan Brasier “at some point during the season is going to contribute,” but there is nothing definite.

The Red Sox and Blue Jays are scheduled to wrap up their four-game series on Thursday. LHP Eduardo Rodriguez (7-5, 5.23 ERA) is expected to start for Boston. He left his last outing, July 23 against the Yankees, in the second inning with migraine symptoms. Toronto LHP Hyun Jin Ryu (9-5, 3.44) is scheduled to face the Red Sox for the third time this season. He is 1-1 (3.00) against them this year. 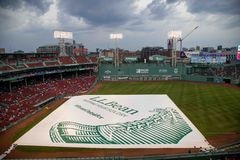 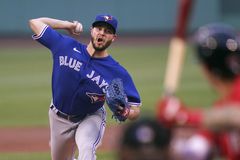 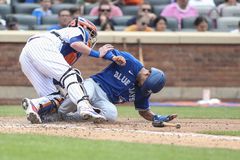