Just more than a month after joining the New York Mets as general manager, Porter was fired Tuesday for sending sexually explicit, uninvited text messages and images to a female reporter in 2016 when he was working for the Chicago Cubs in their front office.

ESPN reported late Monday that Porter sent dozens of unanswered texts to the woman, including a picture of “an erect, naked penis.” ESPN said it obtained a copy of the text history, and many of the messages and photos he sent were displayed in the report online.

“We have terminated Jared Porter this morning,” Cohen wrote Tuesday. “In my initial news conference I spoke about the importance of integrity and I meant it. There should be zero tolerance for this type of behaviour.”

Approximately 30 minutes after that, the Mets released a statement from team president Sandy Alderson saying the move was effective immediately.

New York hired the 41-year-old Porter last month. He agreed to a four-year contract after spending the past four seasons with the Arizona Diamondbacks as senior vice-president and assistant general manager.

It was not immediately clear if the Mets planned to replace Porter with a new GM. Porter reported to Alderson, who is running baseball operations.

The woman was not identified in the report. ESPN said she recently chose to come forward only on condition of anonymity because she is afraid of backlash in her home country.

In a statement Monday night addressing the report, Alderson said the Mets would “follow up” as they reviewed “the facts regarding this serious issue.”

“I have spoken directly with Jared Porter regarding events that took place in 2016 of which we were made aware tonight for the first time. Jared has acknowledged to me his serious error in judgment, has taken responsibility for his conduct, has expressed remorse, and has previously apologized for his actions,” Alderson said in that statement.

“The Mets take these matters seriously, expect professional and ethical behaviour from all of our employees, and certainly do not condone the conduct described in (the ESPN) story.”

ESPN said the woman was a foreign correspondent who had moved to the United States to cover Major League Baseball. She met Porter in a Yankee Stadium elevator in June 2016, and she said they spoke briefly about international baseball and exchanged business cards. She told ESPN that was the only time they ever spoke.

After text exchanges that began casually, Porter started complimenting her looks, inviting her to meet him in different cities and asking why she was ignoring him, ESPN said.

After he sent her a lewd picture, the woman ignored more than 60 messages from Porter before he sent the most vulgar photo, according to ESPN. The woman told ESPN she intentionally tried to avoid him at a couple of big league ballparks and the texts from Porter ultimately contributed to her decision to leave journalism and return to her home country.

Porter texted apologies to the woman in 2016 after she saw the naked picture and wrote to him that his messages were “extremely inappropriate, very offensive, and getting out of line,” ESPN reported.

ESPN said it contacted Porter on Monday evening, and he acknowledged texting with the woman. At first, he said he hadn’t sent any pictures of himself, but when informed the exchanges show that he sent selfies and other pictures, he said “the more explicit ones are not of me. Those are like, kinda like joke-stock images,” ESPN reported.

It’s another embarrassing development for the Mets, who have energized fans by acquiring star shortstop Francisco Lindor and several other notable players since Cohen purchased the club from the Wilpon and Katz families for $2.42 billion in early November.

Last off-season, under previous GM Brodie Van Wagenen, the Mets hired former slugger Carlos Beltran as manager only to cut ties with him 2 1/2 months later when he was implicated in MLB’s investigation of illegal sign stealing by Houston while Beltran was an Astros player in 2017.

Beltran was let go by the Mets – without managing a single game – just more than a year ago on Jan. 16, 2020, following a tenure that lasted 77 days. Porter was fired less than 40 days after being introduced as GM of the Mets, which he called “a dream job.”

Before his Diamondbacks tenure, Porter worked under Theo Epstein with the Boston Red Sox and Chicago Cubs, winning three World Series championships in Boston’s front office and another with the Cubs. ESPN said Porter was the Cubs’ director of professional scouting when he sent the messages to the woman.

Not fully familiar with the English language and American culture, the woman received help from an interpreter in constructing a message to Porter asking him to “please stop sending offensive photos” or messages. He apologized by text multiple times and said he would stop, ESPN reported.

ESPN said it interviewed three other people who said they saw or were told about the texts at the time.

The woman eventually informed her bosses and was connected in 2016 with a lawyer and a Cubs employee from her home country, ESPN reported. She didn’t want to identify the employee publicly because she feared retribution, according to ESPN.

She said the Cubs employee told her Porter wanted to apologize in person, but she didn’t want to see him. She said the employee pressed her repeatedly on whether she planned to file a lawsuit against Porter and months later got angry when she saw the employee at spring training in 2017 and said she was still considering it, ESPN reported.

ESPN said the employee confirmed Monday that he discussed the situation with Porter and the woman but denied getting angry. The woman did not pursue legal action and told ESPN she doesn’t plan to.

“This story came to our attention tonight and we are not aware of this incident ever being reported to the organization,” the Cubs said in a statement given to ESPN late Monday.

“Had we been notified, we would have taken swift action as the alleged behaviour is in violation of our code of conduct,” the club said. “While these two individuals are no longer with the organization, we take issues of sexual harassment seriously and plan to investigate the matter.”

Cohen brought back Alderson, the Mets’ general manager from 2010-18, as team president and he immediately fired Van Wagenen and several of his top front-office aides.

The team initially sought to hire a president of baseball operations but changed course when it was unable to attain permission to interview several candidates around the majors and at least one did not want to move to New York.

Instead, the 73-year-old Alderson has taken over baseball operations, and the idea was for Porter to potentially grow into that role.

“I think what we’ve talked about the most is just a cultural shift, for one,” Porter said when introduced as GM last month. “Adding good people to the organization. Improving on the organizational culture.” 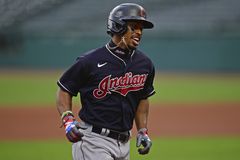 Cubs hire Jared Porter as director of pro scouting
September 9, 2015
Report an error
Due to technical reasons, we have temporarily removed commenting from our articles. We hope to have this fixed soon. Thank you for your patience. If you are looking to give feedback on our new site, please send it along to feedback@globeandmail.com. If you want to write a letter to the editor, please forward to letters@globeandmail.com.
Comments