When Justin Morneau was a young kid working on his swing in his B.C. backyard, there were three players he wanted to emulate.

The first, Ken Griffey Jr., was a first-ballot Hall of Famer in 2016. The second, Larry Walker, was elected into the same Cooperstown, N.Y., shrine last month. And the third was former Blue Jays first baseman John Olerud, who will be inducted into the Canadian Baseball Hall of Fame alongside Morneau this summer.

Former Toronto reliever Duane Ward and Montreal sportscaster Jacques Doucet are also in the 2020 class, which will be inducted in a ceremony June 20 in St. Marys, Ont.

Morneau, the 2006 American League MVP and 2014 NL batting champ from New Westminster, B.C., credited Olerud and Ward – and their roles on Toronto’s back-to-back World Series championship teams in 1992 and ’93 – with pushing him toward baseball in the first place.

Morneau said Olerud’s famously sweet swing caught his eye immediately. But he was shocked to see years later just how well he had emulated the 1993 AL batting champ.

“They did a comparison of our swings side by side and it was the first time I’d ever seen them next to each other and they were so similar, other than my one-hand finish, his two-hand finish,” Morneau said Tuesday on a conference call, hours after the 2020 class was announced.

“It was amazing that this swing that I imitated growing up was the swing that I developed the most closely to. ... Him and Larry Walker were my two favourite players growing up and I can’t understate how big of an honour it is to be going in [to the Canadian Baseball Hall of Fame], especially with John and how much I looked up to him as a young player thousands of miles away.”

Olerud, who needed surgery for a near-fatal brain aneurysm while he was in college in 1989, was drafted by the Blue Jays later that year and went on to play 17 seasons in the major leagues, including eight in Toronto.

Famously sporting his batting helmet at all times during games – a precaution he took after his surgery – Olerud was an integral part of both of Toronto’s World Series championships. He was especially lights out in 1993, wining the league batting title after hitting .363 with 24 homers and a league-high 54 doubles.

While Morneau watched Olerud’s breakout season from his B.C. home, Ward got a different view from Toronto’s bullpen.

“You looked at the lineup and [if opposing pitchers] got through a Robbie Alomar or a Joe Carter then all of a sudden they had to face John, and that year I had not seen anybody hotter,” Ward said. “It was a pleasure, and we all sat there and marvelled at his swing also.

“What’s a pitcher thinking after getting through the first two or three guys and then having to face No. 9? I mean this guy’s hotter than a firecracker and he’s been that way all year.”

The 51-year-old Olerud also played for the New York Mets, his hometown Seattle Mariners, the New York Yankees and the Boston Red Sox before retiring in 2005. He batted .295 over his career with an .863 on-base plus slugging percentage and hit 255 homers with 1,230 runs batted in more than 2,234 games, 920 of them with Toronto.

“The Blue Jays gave me a chance, you know? With my aneurysm surgery just before the draft, they took a chance on me and gave me an opportunity, and I got a chance to play with just so many great players on great teams, to be around great coaches and then to be so well received by fans,” Olerud said.

“So being honoured this way is amazing and I’m very grateful for it.”

He could also be quite deceiving with his pitching arsenal, as Olerud recalled arguing with hitters from his first base perch about what Ward was throwing.

“He was just dominant. With Wardo coming in, you knew you’d have an easy inning.”

Morneau, a former third-round draft pick by the Twins in 1999, played 14 seasons in the major leagues, including 11 with Minnesota. The four-time all-star also manned first base for Canada at each of the World Baseball Classics in 2006, ′09, ′13 and ′17.

Morneau has become a role model for younger Canadian baseball players over the past decade or so, carrying on the tradition that Walker started for him. But he said Olerud and Ward, despite their American citizenship, had an early impact on him too.

“Other than my parents, there were two major influences on my baseball career: Larry Walker and the Toronto Blue Jays, especially in ‘92-’93,” Morneau said. “If John and Duane hadn’t done what they did I’m not sure I would have leaned towards baseball and away from hockey.

“I had the Blue Jays and I had Larry Walker kind of come along at the same time. So these guys have had as much of an impact on Canadian baseball as anybody and I’m glad to be able to go in with them and obviously Jacques as well.”

Doucet, a 79-year-old from Montreal, served as the Expos’ play-by-play voice from 1972 to 2004 when the team moved to become the Washington Nationals. He had previously covered the Expos for La Presse, starting with the team’s inaugural 1969 season.

Doucet has been the play-by-play voice of the Blue Jays on TVA Sports since 2011, and also calls MLB playoff games for the broadcaster. 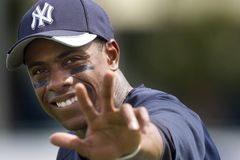 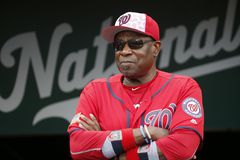 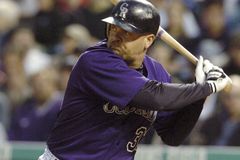