CLEVELAND
The Associated Press
Published May 7, 2021 Updated May 11, 2021
For Subscribers
Comments
Text Size
Please log in to listen to this story. Also available in French and Mandarin. Log In Create Free Account

Wade Miley’s 4-year-old son, Jeb, convinced him to put a temporary tattoo of the Hulk on his left forearm for his start against the Indians.

“I got no muscles at all,” Miley said, smiling. “Maybe this gave me some strength.”

The Cincinnati left-hander tossed baseball’s second no-hitter in three days – and fourth already this season – leading the Reds to a 3-0 win Friday night over the Cleveland Indians, who were no-hit for the second time in a month.

Miley (4-2) relied on breaking pitches and his experience of 11-plus major league seasons to baffle the Indians and throw Cincinnati’s 17th no-hitter and first since Homer Bailey in 2013.

The easy-going Miley said he shook off an 83-minute rain delay to start the game by “goofing off” in the clubhouse and then followed Baltimore’s John Means, who no-hit Seattle on Wednesday, to continue an early run of pitching gems in 2021 – quickly becoming the Year of the No-No.

Miley’s joined the ’21 no-hitter club that was started by San Diego’s Joe Musgrove who threw the first in Padres’ history on April 9. Five days later, Chicago White Sox left-hander Carlos Rodon blanked the Indians, just missing a perfect game when he hit a batter in the ninth inning.

Arizona’s Madison Bumgarner pitched a seven-inning no-hitter against Atlanta on April 25, but that one isn’t recognized as official because it didn’t go nine innings.

This is the earliest in a calendar year there have been four no-hitters since 1917, when the fourth was thrown on May 5 and the fifth on May 6. It’s no wonder, with hitters entering Friday batting a record-low .233 this season.

Miley was in control from the start. He coasted through five innings and carried a perfect game into the sixth, when he began to realize history could be made.

One of the team’s most popular players, Miley said the zeros on the scoreboard quickly made him an outcast in Cincinnati’s dugout.

In the ninth, Miley retired pinch-hitter Rene Rivera on a lazy fly to right, struck out Cesar Hernandez and then retired Jordan Luplow on a grounder to third before he was mobbed by the Reds, who encircled him and danced across the grass.

For their part, the Indians joined a dubious list by becoming the 17th team to be no-hit twice in the same season. It most recently happened to Seattle in 2019.

Miley walked one and struck out eight on 114 pitches.

“He kept us off balance,” Indians manager Terry Francona said. “He touched 90 (mph) once tonight, but he put on a clinic. I mean he cut the ball in on the righties, threw a changeup, threw a four-seamer in, he just went back and forth.”

While Miley was blanking the Indians, Zach Plesac did the same to the Reds for eight innings before Cincinnati pushed three runs across in the ninth, helped by closer Emmanuel Clase’s throwing error and a balk.

The Reds got a pair of singles before Clase (2-1) fielded an infield tapper and threw wide of second base, allowing Nick Senzel to score from second. Then, with runners at the corners, Clase began his windup before stopping and tried to throw to second.

Mike Moustakas, starting at first for the injured Joey Votto, followed with an RBI single to make it 3-0 and give Miley, who battled injuries last season after joining the Reds, more cushion – but also more time to think about it in the dugout.

“That’s probably when I felt it the most,” said the Louisianan, who got emotional afterward while thinking of family back home. “We scratched across three runs and it was going kind of slow. I didn’t want to throw in the hallway because I was pretty tired, but at the same time I wanted to stay loose. But I was able to get three pretty quick ones.”

Miley came in just 1-4 in eight career starts against the Indians, who were batting only .213 as a team. But Cleveland has been as hot as any team, riding a five-game winning streak and winning nine of 11 to take over first in the AL Central.

Working quickly on a cool, damp night, Miley made fast work of the Indians.

He coasted through five innings and didn’t allow a baserunner until the sixth, when Cleveland’s Amed Rosario reached on second baseman Senzel’s fielding error and then went to second on his throwing error.

Miley also allowed a walk in the inning, but regrouped by getting Luplow on a liner to left.

Franmil Reyes came the closest to getting a hit for the Indians, but his hard smash in the fifth inning was right at shortstop Kyle Farmer, who knocked it down and had plenty of time to throw out the slow-footed slugger.

When it ended, the delighted Reds jumped in a circle around Miley, who has pitched for Houston, Milwaukee, Baltimore, Seattle, Boston and Arizona but feels at home in Cincinnati.

Prior to this, Miley was most famous for a game he hardly pitched: when Brewers manager Craig Counsell used him as a decoy in Game 5 of the 2018 NL Championship Series. Miley started and faced one Dodgers batter before Counsell went to the bullpen.

Miley then took the ball for Game 6, becoming the first pitcher in 88 years to start consecutive post-season games.

“I don’t know that I’ve ever been a part of anything where it was this joyful and truly authentically happy for one player,” Bell said. “What an incredible performance.”

Not only have the Indians been no-hit twice this season, they’ve yet to throw a no-hitter in Progressive Field, which opened in 1994.

Cleveland also has the longest current drought between no-hitters as the club’s last one was Len Barker’s perfect game in 1981.

Ervin Santana pitched the other no-hitter at Progressive Field in 2011 for the Angels.

With the Reds missing Votto, and the Indians getting little production from their Yu Chang-Jake Bauers platoon at first base, Albert Pujols would seem like a possibility for either club.

The slugger was released earlier this week by the Los Angeles Angels.

However, Bell said Pujols “is not something we’ve discussed. We believe in the guys that we have.”

And while Pujols would be an offensive upgrade, the Indians prefer to give their young players as many at-bats as possible.

The Reds erupted in cheers while stretching before batting practice when Tyler Naquin’s unforgettable inside-the-park homer in 2016 was shown on the stadium scoreboard.

Naquin, who played five seasons in Cleveland before signing with Cincinnati this winter, punctuated his 360-foot dash with a headfirst slide into home plate and fist pump.

Aaron Civale (4-0) starts for the Indians against Luis Castillo (1-3), who has lost both of his previous starts against Cleveland.

‘My dad was there today’: Orioles’ Means felt late father’s presence at no-hitter
Subscriber content
May 6, 2021 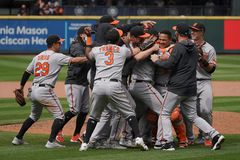 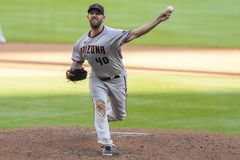 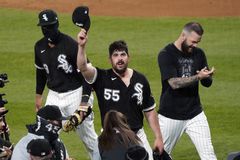