As a vote by Major League Baseball players on whether to accept the owners’ latest proposal to play the 2020 season continues to be delayed, a report surfaced Sunday that a large of positive COVID-19 tests is main reason for the delay.

According to Nightengale, the recent uptick in COVID-19 infections will push the start of the season back to July 26 at the earliest, with spring training resuming no earlier than June 29. The owners and players had previously agreed to restart the season on July 19. MLB is still offering a 60-game season, per Nightengale, but pushing the season back further could make that more difficult.

“I really believe we are fighting over an impossibility on games,” Manfred said to Clark in his e-mail, according to Nightengale. “The earliest we will be ready for players to report is a week from Monday (June 29) given the need to relocate teams from Florida. That leaves 66 days to play 60 games. Realistically, that is the outside of the envelope now.”

Earlier Sunday, Nightengale reported that “there may be a modified proposal submitted Monday.”

MLB Network’s Jon Heyman added: “MLB players are delaying the vote a bit today as MLB is suggesting it’s willing to make a couple changes in light of recent COVID cases. Sides are in contact and situation is fluid. Players are concerned that if this year is cancelled owners end up reaping the benefits in ‘21.”

Also Sunday, ESPN’s Jeff Passan reported Manfred wrote a letter to Clark offering to cancel expanded playoffs the universal designated hitter for 2021 (the owners’ latest proposal had those elements in place for 2020 and ‘21). But, Passan added, “Players are concerned about giving up leverage of playoffs for naught.”

The Athletic’s Ken Rosenthal added a union meeting was cut short after Clark received a letter from Manfred.

Among the other promises Manfred reportedly made to Clark should the season be shortened again are there would be no post-season expansion or universal designated hitter in 2021. Nightengale reported Manfred also promised players on non-guaranteed contracts who were arbitration-eligible in 2019 but released during spring training would receive full termination pay.

On Saturday, multiple reports indicated the MLB Players Association would delay voting on MLB’s latest proposal while it collects further information on health and safety protocols as COVID-19 cases spike in a number of cities.

Before MLB’s action, the Philadelphia Phillies closed their Clearwater, Fla., campus after five players and three staff members tested positive for the coronavirus. The Toronto Blue Jays shut their training site in nearby Dunedin, Fla., after a player exhibited symptoms of COVID-19.

The season was scheduled to start March 26, but the coronavirus pandemic led to the delay that has lasted nearly three months so far.

MLB is expecting an answer from the MLBPA per a 60-game proposal with expanded playoffs. If the MLBPA turns down the offer, commissioner Rob Manfred has the power to implement a schedule, which would likely consist of somewhere between 50 and 60 games.

The union presented a 70-game proposal earlier this week, and MLB declined the offer. 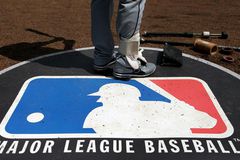 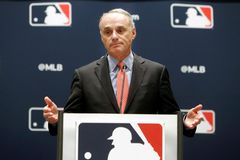 MLB reportedly tells union it must waive legal claims against management or 2020 season will not be played
June 15, 2020