We remember the playoff no-hitter and the Cy Youngs, but the pivotal turning point for Roy Halladay in public estimation was probably the presidential name check.

In early 2008, then-U.S. president George W. Bush – understandably, a man wary of hard-hitting questions – was tossed a softball about his favourite sport. If he were to start a baseball team, who would he build it around?

Bush picked one position player – Chase Utley – and one pitcher – Halladay. It was notable that Bush felt the need to describe him as “Roy Halladay from the Toronto Blue Jays.”

Even then, as widely admired as he was, Halladay felt like a secret Canada was keeping to itself.

It was big news at the time. When it was broken to then-Jays manager John Gibbons, a big Bush booster, he leapt from his chair in delight. Gibbons burst from his office and began screaming into the club house for Halladay – “DOC! DOC! GET IN HERE! DOC!” Halladay, who was already at the slow-moving, veteran stage of his career, actually ran to Gibbons. He looked mildly panicked. A few teammates came chugging in behind him. Had something bad happened?

Gibbons gave him the précis – the president of these here United States is one of your fanboys. Halladay stood there in confusion as someone slapped him on the back.

I don’t recall Halladay saying anything while Gibbons gushed about what an honour this all was and, holy moly, the president knows your name.

I do remember Halladay brought his glove along, as if he expected to be called into action despite the fact that night’s game didn’t start for another three hours.

Thinking back on it, Halladay didn’t seem pleased at all. He was clearly pained at being the unexpected centre of attention.

Later, in a dugout interview, Halladay got about as self-congratulatory as he ever did – which wasn’t very: “Any time the leader of a country acknowledges you, it’s cool.”

So, had Halladay lived to see himself elected to Major League Baseball’s hall of fame, as he almost certainly will on Tuesday, I think I can guess how he’d have felt – excruciated.

Some people need praise. Some don’t. And some, like Halladay, would rather sit in a tub of bleach than bathe in compliments.

If you tried to pay him one, he wouldn’t bother acknowledging it. He’d stare through you until you moved on to a question.

Halladay won’t be the first Blue Jay named to the hall, but he will be the first true one. Others were here for a little bit and lucky enough to enjoy big moments – Roberto Alomar, Jack Morris, Paul Molitor. Others still were just passing through at the end of their careers – Frank Thomas, Dave Winfield, Phil Niekro. With the exception of Alomar, they were quasi-Jays.

Halladay was instead a genuine “Made in Toronto” product. He remains the finest the franchise ever rolled off an assembly line that’s been up and running for four decades.

The Blue Jays chose him, broke him, remade him and eventually saw him become the game’s great model of efficiency in his 12 seasons with the team. A very few of his contemporaries had gaudier numbers, but none of them so completely encapsulated what you think of when you hear the term “professional ballplayer.” Heavy emphasis on the first word.

We could sit here and talk superlatives, but the highest tribute you can pay to the way in which Canadian fans appreciated Halladay was the manner in which he was allowed to leave.

Any time a player asks to go, people take it ill. It doesn’t matter how beloved the player or how reasonable the excuse.

But when Halladay requested the chance to leave a mediocre team heading the wrong way, Toronto fans fairly pushed him out the door. Halladay was treated like a favourite child, and the all the rest of us his parents – we wanted to see him do well, even if that meant leaving home.

Although there weren’t many of them, he had his best years in Philadelphia. Putting aside the playoff runs of 2015 and ’16, the emblematic Toronto baseball memory of the last generation was watching Halladay pitch a postseason no-hitter for the Phillies. Bizarrely, since it really had nothing to do with us, it felt as if we all shared in his accomplishment.

So if he goes into the hall in Philadelphia colours, that isn’t an issue. We know who made him. We shouldn’t need to see it written down for people who don’t.

It is of course a tragedy that Halladay, who died in 2017 aged only 40, isn’t around to enjoy the ultimate accolade. It’s a personal tragedy, a family tragedy and a smaller tragedy for us, because we won’t get to celebrate it through him.

For a very long time, if you were a baseball fan in this country, Halladay was the best reason to get excited about baseball. Occasionally, he was the only reason. He supplied more incremental joy in his short life than any of the rest of us can ever hope to provide.

He did it for an awful lot of money, but I honestly believe he took no pleasure in that side of it. His wife, Brandi, once told the Toronto Star’s Richard Griffin that Halladay couldn’t bear to look at his own paycheque. He was embarrassed by the size of it.

Roy Halladay played pro baseball because it was something he knew how to be good at. He treated every other thing about it – the fame, the lucre, strangers up in the stands yelling his name – as inconveniences threatening to take his focus off the work.

So while it is a tragedy on many deep, human levels that Halladay will not be in Cooperstown to give a speech, I don’t think it’s a tragedy for baseball.

He would’ve hated having to stand at a podium and be applauded. That reticence is part of what put him in the position to be there. 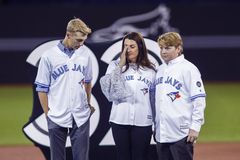 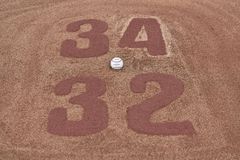