If – and it’s a big if – the Tampa Bay Rays win the upcoming World Series, every executive on every other team in Major League Baseball ought to work the next year for free. Because they are doing business wrong.

The Rays have no superstars. They pay the players they do have almost nothing. They play in what is close to the worst market in baseball, inside what is most definitely the worst stadium. Even their uniforms suck.

But the return on investment on this team is the best in sports. This season, Tampa’s adjusted payroll (after deductions for a shortened season) is less than US$30-million. In terms of franchise ownership, that is zero money down, and you don’t have to pay later. It’s like they give you a team for free.

But here they are, playing the Los Angeles Dodgers, a team on the opposite end of the class spectrum.

The Dodgers are an exorbitantly priced, win-right-now team that never manages to win right now. Their adjusted payroll is more than US$100-million. They play in what might be the best market in baseball (sorry, New York) inside what might be the most romantic stadium (sorry, Boston). Their uniforms are fantastic.

You or I could be general manager of the Dodgers.

“Mookie Betts is available? I’d heard he was maybe the best player in baseball. Can we get him? It’s going to cost how much? Fine. Why would I care? I’m not getting paid a percentage of the profits.”

This is not to say the Dodgers don’t do a good job developing their own prospects. But it’s easier to cultivate prospects when you can spend a bajillion dollars hiring outside help whenever a position becomes vacant.

You or I could not be GM of the Rays (in my case, because nothing on God’s green earth could convince me to live in Tampa).

The Rays job primarily concerns dredging the ocean floor of baseball for unloved, unrecognized or unwanted talent, developing that talent, then watching it run away the first time you let it outside to talk to other baseball teams.

Regardless of how well you do this job, no one is going to watch your Rays team because for reasons that are still unclear, Florida hates baseball.

And you won’t make any money yourself because there is none. No executive job in sports is thankless, but running the Tampa Bay Rays comes close.

(Curiously, current Dodgers president, Andrew Friedman, is the former Tampa GM. Proving that the definition of success in Tampa is whether you have escaped.)

The easy argument here is that scruffy little Tampa is better for baseball than the pashas in Los Angeles. Shouldn’t we celebrate the team that MacGyvers its way to competence? Aren’t we bound by the Universal Declaration of Human Rights to root for the underdog?

And maybe we should. To a point. That point is a hard line that allows for one Tampa Bay Rays in baseball, and no more.

As a model of how to successfully build out a product under adverse market conditions, the Rays would get you an “A” in an MBA class. But their lessons cannot be broadly applied to professional baseball. Not because they wouldn’t work, but because they’d be a disaster for the entire enterprise.

Baseball needs romance. It needs ridiculous numbers. It needs massive aspirations and huge disappointments. It needs stars, busts and someone who’s willing to run way into the red to win this year.

Without that, MLB is a collection of rival grocery-store chains, each of them looking to sell you factory-farmed eggs for 10 cents less than the guy next door.

Is it smart business to show up at the GMs' meetings every year with a case of cheap scotch wearing a sailor’s uniform? No, it’s not.

But it isn’t my money. If some 0.00001-per-center wants to purchase Mookie Betts’s services for more than it costs to build a fighter jet, I say that’s the least he can do for the rest of us. That and pay his fair share of taxes.

So while the current vogue for lite socialism (“I like the sound of it, I just don’t want to do it myself”) is to root for plucky Tampa, I can’t get there.

For all their success relative to cost, the Rays have never won a World Series. That is one of baseball’s mini-Rubicons – once crossed, there is no going back.

If Tampa wins, some owner is going to get a bright idea – “Instead of just being cheap because I’m greedy, why we don’t we tell people it’s a baseball strategy? Like Tampa Bay.”

Maybe more than one. And unlike the tank, maybe they’ll do it forever. Between transfer payments and shared TV revenue, you can run a fairly successful baseball business that never even attempts to win baseball games.

It might even work for a few teams. The Blue Jays have been doing it for several seasons now, and Toronto fans haven’t bucked. They’ve bought into the idea that an enormously resourced baseball franchise is somehow better the less it spends. It shows you that with the right sort of marketing, it’s possible to convince your customers that your problems are also their problems.

But baseball wasn’t built on market imperatives and fiscal realism. It’s built on spending money for its own sake. It’s about wild sprees that get people frothing about the possibilities.

You don’t go see an Avengers movie to be moved by the human condition. You go to see what $300-million looks like in IMAX.

There’s another way to inject drama into the team-building process – a salary cap. But if owners and players aren’t willing to get fiscally responsible via the cap route, they oughtn’t sneak it in some other way. And they certainly oughtn’t do it en masse.

So I’ll be rooting for the Dodgers when the World Series gets under way on Tuesday night. I have no allegiance to the team or the city. I don’t like L.A.’s players any more or less than Tampa’s players.

But I like the way the Dodgers do business: badly. 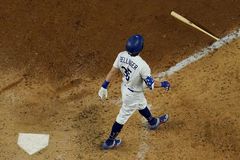 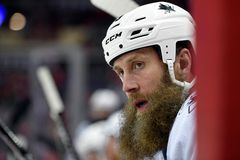 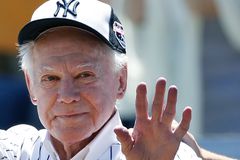