The biggest lesson Travis Shaw took away from a disappointing 2019 season is that 2020 can’t get much worse.

Shaw, who signed a one-year deal worth US$4-million with the Toronto Blue Jays late last month, is hoping a change of scenery – and an opportunity to play every day – will help him regain his form.

“Last year was about as bad as you could possibly go,” Shaw said on Friday in a conference call with Toronto media. “Physically I was in a good spot, but mentally coming to the field every day [I was] just beating myself up. They say don’t look at the scoreboard, just start over each day. And I tried to do that, but I mean that scoreboard stares you in the face every single day.

“I grew a lot mentally over the year and I did make a step forward in that department. I’d never really experienced failure to that level and going through that, I think it’s going to help me big time going into this year.”

Shaw batted just .157 with a .281 on-base percentage and .270 slugging over 86 games for the Milwaukee Brewers last season, his worst in four years in the majors.

Shaw attributed his steep dip in production to a minor adjustment he made to his swing heading into the 2019 season. And while he said he was starting to feel back to his usual self by the end of the year, he didn’t get a chance to prove that sitting on the bench as the Brewers made their playoff push.

“It didn’t work out obviously, it kinda backfired on me,” Shaw said of the swing adjustment. “I fought my body and I fought myself all year trying to get back to where I was the two years prior to that.”

After “resetting” his mind at the start of this off-season, Shaw said he feels ready to jump into 2020. And he’s already had multiple conversations with Toronto hitting coach Guillermo Martinez, making sure he and the Blue Jays are on the same page with his pre-spring training work schedule.

Shaw, who began his major league career in the American League East with the Boston Red Sox – he made his MLB debut against the Blue Jays in Toronto in May, 2015 – is embracing his second chance in the AL after three seasons in the National League.

“The AL East is kinda the big boy division … they’ve had that reputation since I started following baseball at a young age,” Shaw said. “And obviously when you play against the Red Sox and Yankees, those series are always fun. But for me it’s the familiarity with the league, the travel and everything that helps, that’s nothing new for me.

“I’ve played in both leagues now, I’ve played in every stadium in my big league career so nothing’s really going to sneak up on me this year.”

Shaw will mostly slot in at first base this season and play third when Vladimir Guerrero Jr., gets a day off. He also has experience at second base.

The versatile infielder, who turns 30 this April, is currently the oldest position player on Toronto’s young roster. And as the son of former all-star reliever Jeff Shaw, he gives the Blue Jays the unique distinction of having a full four-man infield of second-generation MLB players alongside Guerrero, Bo Bichette and Cavan Biggio, who all made their debuts last year.

“I think any time you play with younger guys it’s exciting. They bring a lot of energy,” Shaw said. “Just watching them on TV, seeing the highlights with Vlad, Bo Bichette, Biggio, all those guys that came up, that’s exciting to be a part of.”

Shaw credited veteran Red Sox players such as Dustin Pedroia and Mike Napoli with helping him through his first couple seasons in the league and said he hopes he can provide some leadership for Toronto’s young core. But he’s also happy to take lessons from the Jays’ talented trio.

“Those three guys [Guerrero, Bichette and Biggio], obviously they’re in the big leagues at a young age for a reason and I’m just looking forward to learning from them,” Shaw said.

“Everyone says veterans provide knowledge but I think older guys – I don’t really consider myself an older guy yet but I am on this team – older guys can learn from young guys just as much as the other way around.” 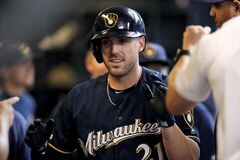 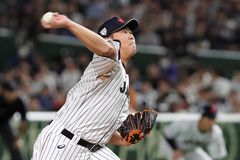 Opinion
The signing of Hyun-Jin Ryu: Mere opiate for Jays fans or the first brick in the wall of a serious rebuild?
December 23, 2019 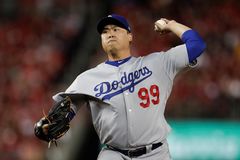