Until the 2013 season is played out, no-one will know whether the huge financial gamble Rogers Communications Inc. has taken with its baseball team will have been a success or not.

The one certainty is the increased millions the telecommunications giant has sunk into payroll through blockbuster trades and free-agent signings has elevated the Toronto Blue Jays into Major League Baseball's high-rent district.

With payroll soaring well over the $100-million (U.S.) mark for the first time in franchise history, the Blue Jays have boldly messaged the rest of the league that they are serious about making a bid for the playoffs for the first time since 1993, when Toronto won the World Series.

"The overwhelming expectation here in the U.S., and probably in Canada I'd guess, is that this team is supposed to win now," said Jon Paul Morosi, national MLB writer for FOXSports.com. "It's not okay to be .500 any more. You need to do better than that.

"That is what all these moves did: it basically announced to the baseball world that mediocrity is not going to be accepted."

Shortly after industrious general manager Alex Anthopoulos swung his fourth major deal in little more than a month last week, when he landed reigning National League Cy Young Award winner R.A. Dickey in a trade with the New York Mets, the Blue Jays were listed as 15-to-2, odds-on favourite to win the World Series.

"That makes me cringe a little bit," Anthopoulos said, in typical low-key fashion. "We haven't done anything yet. I'd just as soon fly below the radar, and I know that can't happen when you acquire some name players and add to payroll and so forth."

By orchestrating two blockbuster trades that involved a total of 19 players sandwiched around a couple of high-profile free-agent signings, Anthopoulos has totally overhauled the look of the Blue Jays, who finished 2012 in second-last place in the American League East with a record of 73-89.

That is especially true with the team's suddenly gleaming rotation, which will feature three new, highly-touted arms in Dickey, Josh Johnson and Mark Buehrle. Johnson and Buehrle arrived as part of the 12-player swap with the Miami Marlins that also landed the Blue Jays dynamic shortstop Jose Reyes.

When you add in the free-agent signings of all-star outfielder Melky Cabrera and veteran second baseman Maicer Izturis, the Blue Jays' payroll will inflate to about $125-million in 2013, up from $83.7-million at the start of 2012.

The $41.3-million jump represents the fourth biggest single-year increase in payroll (not adjusted for inflation) dating back to 2000, according to baseballprospectus.com.

"I think you've got to pick your spots to swing for the fences," said Scott Miller, national baseball writer for CBSSports.com. "There's no question it's a gamble. It's a lot of money and there are no guarantees."

So why now? Why would Rogers – which has owned the Jays since September of 2000 – suddenly decide to spend so lavishly on its baseball team?

Company executives have so far opted to let officials with the baseball club speak on their behalf, and Blue Jays president/chief executive officer Paul Beeston said it shouldn't come as any surprise.

He said he knew Rogers CEO Nadir Mohamed would agree to the added expenditures as soon as the plans were presented to him.

Despite the team's on-field struggles in recent seasons, television ratings have steadily risen (along with revenues) and attendance for home games this past year soared to more than two million, a 29-per-cent increase from 2010.

Anthopoulos said he has always been assured that "as we generate more revenues, that will be put back into payroll."

"We generated more this past year. TV ratings were up, attendance was up. Sales, concessions – everything was up," he said. "One thing that Rogers has shown, they don't go looking to make a profit on this ballclub. I think it's strictly whatever we do make it will be clawed back into the club."

What Anthopoulos had to do was determine when the time was right to access the Rogers vault. The GM made his pitch to Beeston, who informed the decision makers at Rogers, who eventually agreed to start signing more cheques.

It all started with the Marlins deal, Anthopoulos said.

In that massive, 12-player trade, so big it had to be reviewed by commissioner Bud Selig before it was approved, the Blue Jays absorbed about $165-million in new contract guarantees – including the $96-million remaining on Reyes's contract, which runs through 2018.

The Blue Jays entered the off-season with the knowledge that Jose Bautista and Edwin Encarnacion, who have combined to smash 204 home runs over the last three seasons, are signed through 2015.

On the pitching front, Brandon Morrow is signed through 2014, with a club option for 2015, while Rickey Romero's contract also carries him through the 2015 season.

Anthopoulos believes now – and the next couple of seasons – is the time for the Blue Jays to take their shot. And he was willing to part with several of the club's top prospects in order to facilitate it.

For the GM, this was something new, as he has always been one to stockpile his minor-league assets.

When he dealt pitcher Roy Halladay to the Philadelphia Phillies in a three-team deal in 2009, the Blue Jays received three minor-league prospects in return, including Travis d'Arnaud (since was sent to the Mets as part of the Dickey deal).

A year later, when pitcher Shaun Marcum was traded to the Milwaukee Brewers, the Blue Jays' return was young Canadian third baseman Brett Lawrie, who played 43 games in 2011 before taking over the position full-time in 2012.

"That's why you can't always look at these deals in a vacuum."

There is a school of thought that the Blue Jays were spurred into action because the AL East appears more wide open this year than it has been in quite some time. The New York Yankees are not getting any younger and the Boston Red Sox, who finished in last place in the division, appear to be in a bit of a transition.

Anthopoulos isn't buying into it.

"I don't believe there is an openness in the AL East when you have the Yankees and the Red Sox," he said. "And that's not to take anything away from Tampa [Rays] and the [Baltimore] Orioles because the Orioles just made the playoffs and Tampa just might be the best-run organization in all of sports.

"But the fact that the Yankees and the Red Sox have the resources that they have, whenever the perception of it being open, [it] can be closed in a minute with a trade, with a free-agent signing."

First in a five-part series

Next: It has been an unsettling year for news about head injuries in sport. And experts say 2013 looks to continue in the same vein, as researchers work to advance the field of concussion science. Those findings are sure to influence what happens on the playing field, as parents, coaches and administrators struggle to make sports safer.First in a five-part series.

Next: It has been an unsettling year for news about head injuries in sport. And experts say 2013 looks to continue in the same vein, as researchers work to advance the field of concussion science. Those findings are sure to influence what happens on the playing field, as parents, coaches and administrators struggle to make sports safer. 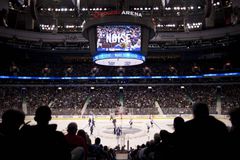 Edmonton Oilers go back to the future
December 26, 2012