Excerpted from Full Count: Four Decades of Blue Jays Baseball . Copyright © 2013 William Jeffrey Blair. Published by Random House Canada, a division of Random House of Canada Limited. Reproduced by arrangement with the Publisher. All rights reserved. The e-book of FULL COUNT will be available on April 2. The hardcover will be in stores on April 11.

Ted Rogers seldom went to watch his baseball team play, even after the SkyDome was renamed Rogers Centre. By then in his 70s, Rogers would show up for the home opener and catch a few innings from his seat in the front row, to the right of the Blue Jays dugout. Then, between innings, he'd walk slowly onto the field, past the front of the dugout, and take an elevator to the owner's suite, oblivious to the fact he had just been on the field. In 2002, a crowd of 47,469 had shown up to see the home opener, a 7-2 win over the Minnesota Twins, and Rogers took a detour to the press box, where he greeted columnist Dave Perkins of the Toronto Star with the words, "Hello, I'm the village idiot."

Well, not exactly. Edward Rogers Jr. – Ted Rogers – was Canada's version of American cable magnate Ted Turner, right down to the quirkiness. Prone to wearing jogging shoes with his suits in his final years, Rogers described himself in his autobiography, aptly titled Relentless , as "an over-achiever from strong stock." Rogers' forefathers were Loyalist Quakers. He owed his career in communications to his father, who invented the alternating current radio tube at the age of 24 and who passed away when the younger Rogers was just five. Ted Rogers developed a reputation as something of a maverick, riding wild and free during the nascent days of telecommunications and broadcast services in Canada. He considered himself an outsider; despite the fact that he attended Upper Canada College and became active in the Progressive Conservative Party, he was hardly a typical Toronto Tory, casting his lot instead with the populism of Saskatchewan's John G. Diefenbaker as Rogers set about making his bones within the party.

Ted Rogers was part of a successful bid to bring CFTO-TV into existence as the first privately owned television station in Toronto. But it was in radio where Rogers made his mark, leading a group that purchased CHFI-FM for $85,000 in 1960 and eventually adding an AM station as well. Seven years later, Rogers delved into the world of cable television, a move that would put him and his family on a financial tightrope on several occasions – in Relentless , he revealed that at the end of August 1982, Rogers Cablesystems Limited's long-term debt was $566.7-million. In fact, the company didn't become a revenue generator until Michael Milken, the father of the "junk bond" (who was sentenced to 10 years in a federal penitentiary for racketeering and securities fraud), helped the company out with one of his high-yield bank issues.

Rogers favoured the bold move. He made another one in the early 1980s, when he used his own money to get into wireless communications when the company's board of directors wouldn't support the idea. (He eventually sold the shares back to the public company.)

Clearly, Ted Rogers was a man not afraid to take risks. What he wasn't was a baseball fan, or, for that matter, a sports fan at all. True, he did sit on the board of directors of the Toronto Maple Leafs when Steve Stavros ran the team, and was linked to a $1-billion bid to buy the Leafs just before he purchased the Blue Jays. But that was pretty much the extent of it. For that reason, his and his company's engagement with the team was often questioned in the early years of his ownership, especially when significant financial losses were reported in the first year.

"Ted – well, Ted really had no idea what the game was about," Paul Beeston said, chuckling. "How many innings there were in a game, who the players were, how many strikes or balls ... none of that stuff."

Indeed, the stories of Ted Rogers' forays to the stadium are legion, all of them spun with an endearing quality. Phil Lind, currently vice-chairman of Rogers Communications, can barely contain himself as he talks about Rogers looking at Tony Viner, formerly president and chief executive officer of Rogers Media, and wondering why a player who had just drawn a base on balls "isn't running, for god's sake." Or about the time Rogers stood up and cheered for a ninth-inning double because he saw so many in the crowd rising, only to have Lind grab his arm and say, "Ted, sit down, for god's sake. Sit down. Please. That's the wrong team."

The game was against the Boston Red Sox, which meant that Rogers Centre had drawn its usual quantity of citizens from Red Sox Nation.

When it came to baseball, Ted Rogers, in the words of Lind, "didn't have a clue." But he loved the crowd. "He should have been a politician," Lind said, smiling. "He'd be there Opening Day, sitting in the 'In The Action' seats, and people would ask him to sign balls and sign things and there was nothing more exciting to him than the adoration. He was activated by it, so energized that you'd think at times he'd wished he'd bought four teams."

Payroll is the prism through which the American League East is, out of necessity, viewed. Such is life when you are chasing the New York Yankees and Boston Red Sox. And until the Blue Jays ponied up in the winter of 2012 in the 12-player trade with the Florida Marlins, the acquisition and signing of R.A. Dickey, and Melky Cabrera's free-agent deal, the connection between payroll and ownership was a difficult one for fans to make.

How does a team with the wealthiest owner in baseball, in one of the biggest cities in North America – a club that is a product for the owner's series of national sports channels – have a payroll that is mid-market at best? It does not make for a warm and fuzzy relationship with the fans, as the Blue Jays learned in the 2011 off-season when they were pilloried for a stillborn attempt to sign free-agent Japanese pitcher Yu Darvish, and when general manager Alex Anthopoulos made what to him was a logical connection between attendance, revenue generation and payroll.

At times, it appears as if there is no trust between the team's owners and its fans. Were he still alive, that sentiment might puzzle Ted Rogers. Although there was a business reason for buying the team – live sports has become a broadcast beachhead for advertisers looking for ways around a PVR world – Phil Lind thinks there was something less quantitative behind the purchase. He believes that buying the Blue Jays "put us in people's hearts in a way we hadn't been before.

"I don't know if this is a rationalization or what, but keeping the team in Toronto was a factor for him," said Lind. "Ted believed in Toronto. He saw keeping the Blue Jays as a viable team as something that was very important.

"Our board was not in favour of the deal. I mean, when the question was asked at our board meeting – do we buy the team? – there may have been one or maybe two hands raised in favour of it. Certainly mine was up, but I don't know if there were too many others. Ted always felt that there was an intangible thing we could get from buying the Blue Jays, something that could be established between himself and Southern Ontario and maybe even all of Canada. And that's probably why the board never bought it, because it wasn't tangible. You couldn't say, 'Look, this thing is worth another $10-million in sales,' because that just isn't there. But there is a personality to a sports team that makes it different."

Blue Jays claim pitcher Burnett, 1B Robinson off waivers
May 11, 2018 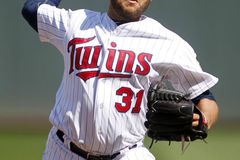 Knuckle That: R.A. Dickey and the perfection of baseball's 'oddball' pitch
May 11, 2018 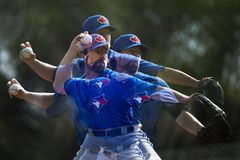 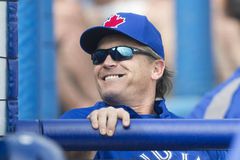 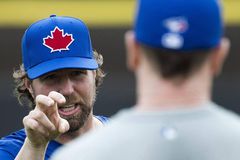