He'll get the chance to fulfil at least half of that dream over the next few days.

Sitting in the tunnel between the Blue Jays dugout and clubhouse at Rogers Centre last week, Biagini, who's quickly becoming known for his quirky personality, turned serious when asked about going back home.

"Ironically I'm now about as far away from there as you can get, but I'll hopefully get to pitch (in the series) and I'm excited about that."

Toronto snatched the 25-year-old right-hander from San Francisco in December's Rule 5 draft and put him on the big league roster out of spring training even though he'd never pitched above double-A.

In the Rule 5, the drafting team pays $50,000 for each selected player. If that player is taken off his new team's 25-man roster at any point in the season, the old team can buy him back at half that price.

While Biagini stressed how happy he is to be with Toronto now — "the Rule 5 thing worked out pretty well for me" — he admits his time with the Giants was sentimental.

Biagini's father, Rob, played two seasons in the San Francisco organization in the 1980's before settling in the area to raise his family with his wife, Michele.

Both will be at AT&T Park this week, just as they were in Dunedin, Fla., to see Joe's first spring training games as a Blue Jay, and at Rogers Centre on April 8 for his major league debut.

"My dad's a huge Giants fan so he might not be rooting for me," Biagini joked. "But no, I'm really close with him and that's another facet to this whole experience, having him see me play at the park he used to take me to when I was younger.

"I hope he's not too distracted. Hopefully there aren't too many seagulls flying around so he can focus."

Asked how many friends will make the short trip from the Sunnyvale, Calif., area to the ballpark, Biagini couldn't give a straight answer.

"I've burned a lot of bridges in my time so I don't know how many will show up," he snarked. "But yeah, I've gotten a few messages from friends, people from church, people from high school and college, homeless people I've made friends with over the years."

Scott Efting, Biagini's Grade 8 gym teacher, will be there for Wednesday's game while Stephanie Kellner, the scorekeeper for his high school team, is hoping to make the trip.

Joe Maemone, the athletic director at Biagini's high school, isn't going but said it's been "an absolute thrill" to watch the former King's Academy student on TV.

"In high school, Joey would have been considered a long shot to make it to the major leagues," Maemone said. "He was tall, lanky, not very strong, and quite honestly just an above average high school player. Shows you what faith, hard work, and perseverance can do."

"It's very cool that he worked so hard and followed his dreams to make it," added Efting.

"He was then as he is now: quirky, quick-witted and self-deprecating," she said. "He kept things light with his timely humour."

Biagini held back his jokes while reminiscing about AT&T Park.

He doesn't have a favourite memory of the stadium — not yet at least — but he does remember the crisp, cool air, the view of the bay, and the people.

"When that stadium first opened I was really excited about going there because I thought it was a really cool place to watch a game," he said.

"Hopefully it is to play a game as well." 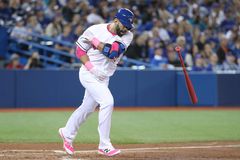 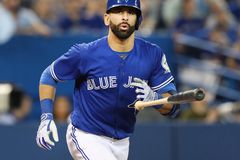 Groin flare keeps Jays’ Osuna on bench in the ninth inning
May 6, 2016 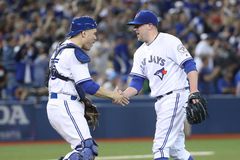