It was felt that Toronto Blue Jays general manager Alex Anthopoulos was under considerable pressure to make significant changes to a lineup that mostly sputtered through a dreary 2012 Major League Baseball campaign.

Nobody quite anticipated the total makeover that the 35-year-old has reportedly signed off on, sacrificing a significant chunk of the team's future for established prime-time stars in what could be regarded as one of baseball's biggest-ever trades.

Exact details of the epic exchange between the Blue Jays and the Miami Marlins were still not clear late Tuesday night, as neither team was offering any official comment.

The deal is still being given the once-over by the commissioner's office as the Marlins are also reportedly sending $4-million (all currency U.S.) in cash Toronto's way.

According to numerous reports that exploded onto the Internet throughout Tuesday night it is a doozy with the Blue Jays set to landed coveted starting pitching in Josh Johnson and Mark Buehrle, not to mention all-star shortstop Jose Reyes.

Former Blue Jays catcher John Buck was also said to be returning to Toronto in the blockbuster, along with second baseman-outfielder Emilio Bonifacio.

In addition, the Blue Jays will be sending a couple of highly regarded minor-league prospects to the Marlins in pitchers Justin Nicolino and Anthony DeSclafani, along with minor-league outfielder Jake Marisnick.

Any way you cut it, it is quite a deal with as many as 12 players set to change uniforms in what would be the Blue Jays' most significant deal since December of 1990.

That's when former GM Pat Gillick extracted Joe Carter and Roberto Alomar from the San Diego Padres in exchange for Tony Fernandez and Fred McGriff. The Blue Jays would win the World Series for the first time two years later.

And it won't come cheap with the Blue Jays taking on new contract commitments close to $170-million, with Reyes alone set to earn $92-million over the next five years.

Now, all the Blue Jays need to do is to find a manager. The American League club has yet to name a replacement for John Farrell, who was traded to the Boston Red Sox.

Not everybody appears to be enthralled by deal, including Marlins outfielder Giancarlo Stanton.

"Alright, I'm pissed off!!! Plain & simple," Stanton tweeted shortly after the names of the involved players started to emerge.

After an injury-filled 2012 campaign in which Toronto stumbled to a 73-89 record, Anthopoulos vowed heading into the off-season that bolstering the Blue Jays' starting pitching would be his No. 1 priority.

He has certainly done that, especially with the addition of Johnson, an oft-injured power pitcher whom the Blue Jays have coveted for a couple of years.

A 6-foot-7 right-hander, Johnson is only 28, and has been an all-star in two of his eight years in the majors, this past season going 8-14 with the Marlins with a 3.80 earned-run average in 31 starts.

This could give the Blue Jays a starting staff of Johnson, Buehrle, Brandon Morrow, Ricky Romero and J.A. Happ – a pretty formidable crew, at least on paper.

The addition of Reyes is a considerable upgrade at shortstop to Yunel Escobar, whose trade was not entirely unexpected after he embarrassed the club this past season when he played a game with an anti-gay slogan written in Spanish on his eye-black.

Reyes is only 29, and a four-time all-star whose speed and a .291 career batting average will be a welcome addition to the Blue Jays offence.

Bonifacio has good speed and the ability to swing a decent bat – hitting .258 in 64 games last year – and will be expected to battle it out with Maicer Izturis for the starting job at second base. 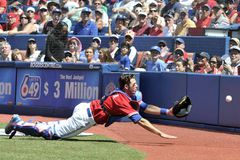 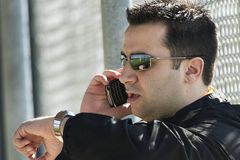 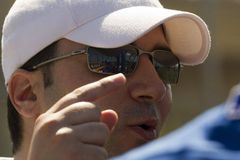 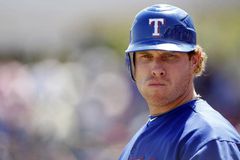 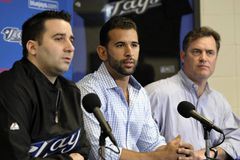