It mattered not that the opponents were the Houston Astros, the dregs of major-league baseball. The Toronto Blue Jays are no great shakes themselves these days and they needed a win, desperately.

With veteran left-handed pitcher Mark Buehrle working in his typically let's-get-it-over-with fashion, the Blue Jays (46-55) finally managed to snap a season-high seven-game losing streak with a 4-0 victory over the Astros (34-67) Thursday night at Rogers Centre.

Buehrle, now 6-7 on the year, was at his best, mixing his speeds and keeping his pitches low in working his first complete game of the season, allowing just two Houston hits.

He was toying with a no-hitter through four innings before that was broken up with two outs in the fifth when Justin Maxwell rapped a solid single to centre.

Buehrle literally crashed the manager's post-game press conference afterward, already showered and dressed. Seems he was off to catch country star Tim McGraw, who was playing nearby at the Molson Amphitheatre.

He was asked if that was why he was so efficient with his pitches, so he wouldn't be late.

"Yeah, I was thinking that out there on the mound," he retorted.

Buehrle's performance was certainly music to the Blue Jays' ears, even if it came at the expense of the sorry Astros.

"I'm sure there's going to be a lot of people saying that obviously this was the worst team in baseball and record-wise they're not very good," Buehrle said. "In my mind they're still big-league hitters. And if you make a mistake they're going to make you pay for it."

The Blue Jays took a 1-0 lead into the seventh inning, where they scored three runs to break open the tight game, the key hit a two-run single by Maicer Izturis.

While the Astros are on pace to lose 100 games for the third consecutive season, the Blue Jays felt no remorse in piling on the team that sports the worst record in MLB. While their playoff hopes are almost surely shot, the Blue Jays are also in danger of rendering themselves irrelevant on the Toronto sports scene heading into the final two months of the schedule.

That would mean dwindling crowds and diminished profits, something team owner Rogers Communications would not appreciate after its off-season spending spree in an attempt to strengthen the roster.

The 34-year-old Buehrle was pin-point sharp from the outset, requiring a stingy nine pitches to retire the side in order in the first inning, including two strikeouts.

He would strike out the side in the second and on the night register nine punch-outs, a season best.

It was hoped that a 10-game home stand to kick off MLB's second half following the all-star festivities would be just the elixir the Blue Jays required to ignite their postseason hopes.

Somebody must have messed with the mix.

The home stand has proven to be an unmitigated disaster after the Blue Jays got swept away by the Tampa Bay Rays and then the Los Angeles Dodgers, their losing streak having reached a season-high seven games before the arrival Thursday night of the lowly Astros.

After the four-game set with the Astros ends on Sunday, the Blue Jays will head out on the road for a 10-game road swing that will see them play the Oakland Athletics, the Los Angeles Angels and the Seattle Mariners.

With the way things have been unfolding at home at Rogers Centre of late for the Blue Jays, you would have thought that Toronto manager John Gibbons is looking forward to the get-away.

Gibbons insists that is not the case.

"Coming into this home stand, we'd really picked it up at home, we were playing pretty good," he said. "And you're usually always better at home. West Coast trips are never easy, I don't care how good you are. I don't know if that's necessarily a cure-all."

Before the start of the current home stand, the Blue Jays were sporting a decent 25-21 record in front of the hometown fans.

The Blue Jays confirmed on Thursday what general manager Alex Anthopoulos hinted strongly at the day before – that starter Brandon Morrow's season is essentially over.

Another MRI on a lingering right forearm issue that has kept him sidelined since late May has revealed that the brittle pitcher is suffering from an entrapped radial nerve. The diagnosis was confirmed after Morrow paid a visit to well-known orthopedic surgeon Dr. James Andrews.

Morrow has been told to stop throwing for at least six weeks, which would take him into the first week of September. At that point there would be less than a month remaining in the regular-season schedule, meaning it would be unlikely Morrow would be able to get him back into pitching shape to rejoin the Blue Jays.

And a day after Anthopoulos told reporters that the team enjoyed the flexibility that Brett Lawrie could provide them if he becomes both proficient at second and third base, Gibbons said the experiment is over.

From here on in, Gibbons said that Lawrie will be used primarily at third, where he has seen the overwhelming majority of his playing time.

Gibbons said he made the decision on Wednesday after Lawrie made a couple of dazzling defensive plays with his glove while playing third. 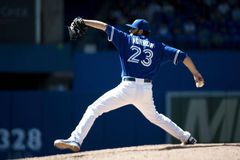 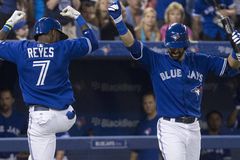 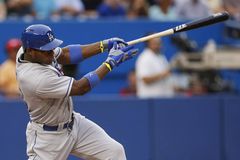 Blair: All-star break sees Jays facing tough issues both on and off the field
July 12, 2013 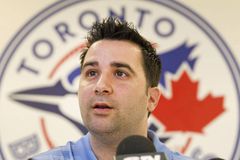 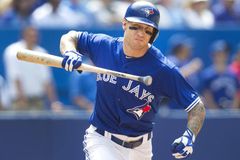