It was the reason why the Toronto Blue Jays acquired the tall left-hander just before last month's trade deadline.

And it is the reason why the 29-year-old ace took the mound Friday night at Rogers Centre for Toronto when the New York Yankees arrived for the most crucial series the Blue Jays have had since they last won the World Series, in 1993. The Blue Jays, 64-52, have not had a sniff of the playoffs since.

But now, on the strength of an 11-game win streak, the Blue Jays have overhauled New York's lead atop the American League East standing and took a half-game lead into Friday's showdown, the first of a three-game weekend set.

In the process, the Blue Jays have captured the imagination of Toronto's sports fans. All three games against the Yankees have been sold out, meaning close to 49,000 fans will jam the facility for each game.

Even the underground parking lot at Rogers Centre was filled on Friday, about four hours before opening pitch.

And the Blue Jays players are feeding off the added excitement in the air.

"Any time you're winning it's a lot more fun to come here," said Mark Buehrle, the veteran Toronto pitcher. "And you have the attitude that we're going to win every game. If we get down in games it's just a lot more fun. Winning brings that attitude, has the fun feeling."

With Price on the mound, the Blue Jays believed they gave themselves the best chance to get off to a good start against the Yankees, whom Toronto swept in three games last weekend in New York.

And now it is the Blue Jays who are being hunted, with New York the hunters.

"It took a nice little streak just to get to this point," Toronto manager John Gibbons said Friday. "But still, what is it, a half game? What is that? Nothing.

"But we've been playing good."

Price pitched in one of those games against the Yankees in New York – on Saturday where he went seven strong innings, holding the New York batters to just three hits and no runs in a 6-0 Toronto victory.

While the Blue Jays have become the talk of the town, the team itself is trying to keep things low-key. Toronto still has 10 games remaining against the Yankees and, with seven weeks left in the regular season, anything can happen.

"No game is bigger than any other game right now," Price said during an interview on Thursday. "We play 162 of these games, you can't make any one game or any one series mean more than the other. That's what this team has done really well with since I've been here and it's great."

With Price, the Blue Jays have a pitcher who has proved he can be depended on in tough games.

During an eight-year major-league career, most of it with the Tampa Bay Rays, Price is no stranger to the rigours of playing in the tough AL East. Price has forged a 7-4 record against the Baltimore Orioles, 11-6 against the Boston Red Sox and 11-7 versus the Yankees.

In his career pitching against the Blue Jays, Price is 16-2.

Now that he is playing for Toronto, facing Price is no longer a concern. But it certainly is for the rest of the division. 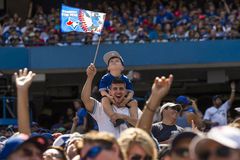 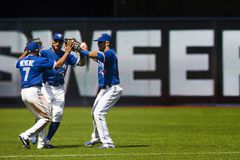 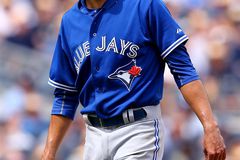