He is a California surfer dude from Santa Monica who has dabbled as a model, counts bad-boy actor Charlie Sheen as a friend and has made several cameo appearances on Sheen's Anger Management television show.

And thanks to the mass exodus of young hurlers from the minor-league organization last season as part of former general manager Alex Anthopoulos's scorched-earth win-at-all-costs philosophy, Conner Greene also finds himself as the Toronto Blue Jays' top pitching prospect.

The 20-year-old is having the time of his life experiencing his first spring training camp with the big-league team here in Florida, still trying to come to grips with his relatively new status as a player to keep an eye on within the organization.

The slender 6-foot-3 right-hander only added to all of the intrigue in Dunedin on Saturday when he made his first appearance in a Grapefruit League game for Toronto, against the Philadelphia Phillies, facing four batters in the sixth inning and striking out the side.

"Very impressed," Toronto manager John Gibbons said about Greene's work. "He's got that dynamite arm, but he was throwing strikes with it. You could tell he's excited, that's kind of his personality. He's kind of loose and having fun out there, but not many arms [are] better than that."

Gibbons said Greene is already carrying himself like a major-leaguer within the clubhouse.

"He's kind of a goofball, that's his personality, a fun-loving kid," Gibbons said. "And he's loving it, he's loving every minute of it.

"But you kind of sense that he knows he's good or thinks he's going to be good. That's half the battle."

Talk with Greene and you encounter a pleasant, easy-going Californian, a kid who responds with "sir" and has a knack for being unintentionally funny.

"I can't wait to see the big old pointy building they have up there in Toronto," Greene said, referring to the CN Tower.

A seventh-round pick of the Blue Jays in 2013, Greene progressed through three levels of play, finishing up in double-A with the Lansing Lugnuts.

Armed with a fastball that unexpectedly beefed up to the mid-90s, Greene went 7-3 in 14 starts for Lansing, with 65 strikeouts in 67.1 innings.

Right now, the initial plan is to send Greene back to Lansing for further seasoning with a promotion to the triple-A team in Buffalo a probability before the season is out.

Greene will tell you that baseball is his passion, although his friendship with Sheen has helped foster an interest in acting.

Greene's former coach at Santa Monica High School, Tony Todd, is a lifelong friend of Sheen's. And Greene said that when he first started at the school, he was forever hounding his coach for an introduction.

"He finally said to me, 'Look, I'll make you a deal. If you get drafted, you can meet Charlie.'"

A couple of months later, Greene was picked by the Blue Jays.

"The next day, I'm up at Charlie's house playing catch with him," Greene said.

The meeting evolved into a friendship that Greene said continues to this day.

"He's been nothing but a great person to me and a great friend," Greene said. "I don't care about what's been written about him or reported. I just know what he's done for me and how sweet he's been to me and that's all I care about. He's just an amazing person."

Sheen has gone as far as to get Greene a spot in three Anger Management episodes as an extra, even though he had never done any real acting before.

"I was really nervous, way more nervous than I ever am in baseball," Greene said. "I was just an extra. I didn't even have any lines. I was just standing in the background pretending to talk to a pretty young lady.

"But baseball will always be first." 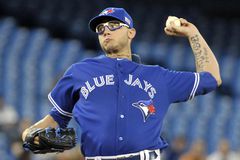 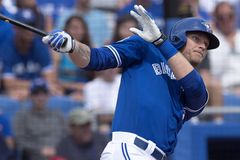 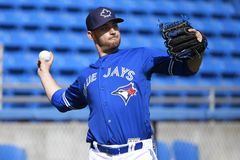 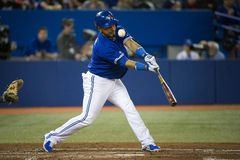 Blue Jays’ Josh Thole wants to prove he can do more than catch knuckleballs
March 3, 2016 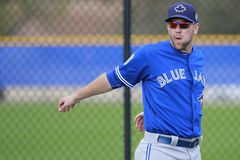