At Fenway Park, championships are built on a solid foundation of popcorn and beer.

There are dozens of other reasons for the success of the Boston Red Sox over the past decade – consistently high payrolls, solid scouting and clutch plays have all helped the team post the second highest winning percentage in baseball over the past decade. But if there's one lesson to be learned from the team's success since it was acquired by billionaire John Henry in 2001, it is that you can't get the big things right until you nail down the small details that go on around the game's edges.

"Any major sports franchise in a major market can do this," says Sam Kennedy, the team's senior vice-president and the mind behind many of its unconventional marketing initiatives that has transformed a small baseball ownership group into one of the largest sports companies on the planet. "But you need to get your core business right first – you need to be selling out every night, you need to get your sponsorship lined up and your concessions firing on all cylinders. Then you can really talk about winning."

As Rogers Communications and BCE Inc. prepare to close their billion-dollar takeover of Maple Leafs Sports and Entertainment, in which they will become the joint owners of the hapless Toronto Maple Leafs (35-36-10 last year), the floundering Toronto Raptors (23-43 last year) and the hopeless Toronto FC (5-11-4 this season), the lessons of the Boston revival should give fans hope that things can indeed change for the better under the right ownership structure – regardless of how many clubs the owners need to focus on.

Indeed, the contrast between the approaches to winning taken by MLSE and the Rogers-owned Blue Jays will be in sharp focus this weekend, as the Jays take their sub-.500 record to Boston to play the Red Sox and Liverpool FC visits Toronto to play a friendly against Toronto FC.

Since the original Red Sox acquisition, Fenway Sports Group has bought the Roush Fenway NASCAR team, regional broadcaster NESN and formed Fenway Sports Management to handle all of the revenue opportunities that exist when the teams aren't actually on the field or the track. Two years ago it acquired the struggling Liverpool FC and its Anfield Stadium – one of the most storied franchises in soccer.

The intention is to own the most iconic teams in the world, and make sure those teams are winners.

"They are unique in the way they have amassed these properties," says Jimmy Lynn, the managing partner of the Washington-based sports advisory company JLynn Associates and a lecturer at Georgetown University. "But you're going to see more teams go down that path because there is just so much opportunity if you can find a way to harness all of these pieces."

The management group believes it has developed a template for success that can be replicated by any owner in any sport (even if it hasn't quite worked out yet in Liverpool – Kennedy says, "we're not there yet, but it's early"). Every club has its own management and operates independently, but several of the parent company's key executives, such as Kennedy, mix in across all of the properties.

Sitting in the president's suite at his recently renovated ballpark – the team spent about $300-million on the stadium in the past decade to bring it up to modern standards ahead of its 100th anniversary – Kennedy recalls his early days with the ball club. The concessions were a mess, ticket sales were down and a consistently underperforming team pushed away many of the city's once ravenous fans.

Ten years later, the team has the second highest winning percentage in baseball and the second highest team revenues. It has reached the playoffs six of the past nine years, winning two World Series titles. And in a world in which many franchises are owned by large corporations interested in padding their bottom lines on the back of the fans, the small ownership group has reinvested every penny the club has earned back into the team – its owners have never taken a piece of the action.

"Above all else we are interested in creating an organization that is financially sound," Kennedy says. "It doesn't necessarily have to be the most robust financial entity in the world, but all of our profits are reinvested into the business. Our partners haven't taken any distributions since they got here – absolutely every penny goes back into things like player payroll and the physical refurbishment of our facilities."

While the Fenway experience shows that there are opportunities in owning multiple teams, Queen's University marketing professor Ken Wong says Fenway's broad geographic reach makes it easier for it to focus on individual properties without cutting into its own profits. The issue in Toronto as the MLSE deal closes – likely by the end of the year – will be to keep the clubs from competing for the same dollars.

"The challenge is to make each experience distinct from the others and more than just about the winning record of the teams," he says. "But if the product being marketing is a distinct fan experience, then each team can appeal to a different segment."

To prevent revenue overlap with the Fenway holdings, Kennedy spends an equal amount of time in his alternate role as president of Fenway Sports Management, a subsidiary of the company that exists solely to wring more money out of the teams when they are not actually playing and is the organization's fund-raising trump card.

It handles advertising and sponsorships for all of its properties, as well as several global brands such as Dunkin Donuts and MLB.com.

The subsidiary has focused heavily on filling Fenway Park when the Red Sox aren't playing – concerts and soccer matches have proved successful and the park held the NHL's 2010 Winter Classic last year. It has also tried some unconventional approaches to selling advertising, particularly a deal that saw it handle sponsorship opportunities for NBA star LeBron James.

While many in Boston questioned the wisdom of aligning with a star athlete that has nothing to do with any of the company's core properties, the deal has already started paying off. They represent James in meetings with companies who want to do deals with the superstar, and have walked out with deals that benefit their own teams.

"Our goal as an organization is to make sure we are in front of every possible global brand that might be interested in marketing with the companies we own," Kennedy says. "With LeBron, we are getting in front of people we'd otherwise never have a conversation with. We went to a meeting with the country of Turkey to talk about using him in a tourism campaign. We left with a completely unrelated sponsorship deal for Liverpool."

Kennedy – who grew up in Boston – acknowledges the ownership group takes heat when any of its properties starts to rack up losses. It hasn't been a particularly great year in Boston, and Liverpool is a reclamation project in progress. But while there are a lot of things going on at once, the sole objective of the ownership group is to win. Everything else – the concession sales, popcorn lineups and sponsorship deals – are means to that end.

"We are a nice-to-have luxury," he says. "If people are going to cut back they will cut on entertainment, companies will cut marketing. We have to prove to people that they want to do business with us, make people want to come back because all that goodwill can go away as quickly as it came. Things can go the other way, this is all very fragile. We recognize that. It's nice to talk about being active in the community and treating our sponsors great, but if we're not winning then none of that matters."

Boston Red Sox (2001): The Major League Baseball team hadn't won a World Series since 1918 when John Henry bought the team in 2001. Since then, the team has averaged 93 wins a season and won 34 playoff games and two championships. The ownership group has also doubled the teams revenues, and is now the second highest earning team in baseball.

Fenway Park (2010): The oldest ballpark in America (it is celebrating its 100 anniversary this season), owners have spent $300-million in renovations over the last decade. The park sees 3.5 million visitors a year, and its owners have sought to expand its non-baseball uses. Its hosted 20 concerts since 2003 and in 2010 was the site of the NHL's Winter Classic outdoor game.

New England Sports Network, NESN (2001): A regional sports group that primarily broadcasts Red Sox baseball, Bruins hockey. Fenway has expanded revenues four times over since 2001, and has the average highest ratings for MLB games in the country. It is the only broadcaster in Boston that has expanded its advertising market share in every year since 2004.

Roush Fenway Racing (2007): One of the largest NASCAR teams, Roush Fenway has won 32 championships including the 2012 Daytona 500, 400 victories in drag racing and stock car racing and five championships across NASCAR's three premier series. The company estimates its investment has doubled in value since 2007, to about $238-million.

Liverpool Football Club (2010): Founded in 1892, Liverpool is one of the most iconic sports teams in the world. The team has won 18 domestic league titles, 15 domestic cups, five European Cups/Champions League titles, 3 UEFA Cups and three European Super Cups. Anfield Stadium, also part of the deal, is sold out every year. 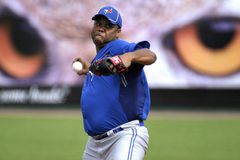 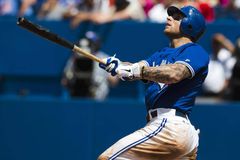