Over the course of weeks and months, the grip can loosen almost imperceptibly.

Then you look up to discover you're adrift.

Various statistical models give the Toronto Blue Jays something in the order of a one in 10 chance of making the postseason Those numbers aren't taped to any walls in the shoebox-sized visiting manager's office at U.S. Cellular Field.

When Toronto skipper John Gibbons was asked about whether he peeks at the statistical probabilities, he said "I look at the scoreboard ... I ain't that smart."

He's too modest, and also plenty savvy enough to know all is not lost – yet.

True, the Jays dropped a stink-bomb in getting pumped 11-5 by the very middling Chicago White Sox in the first of a three-game weekend set.

Yes, it might be an ominous portent that rookie pitcher Marcus Stroman lasted all of two-thirds of an inning, giving up five runs (he has now given up 12 in 122/3 innings in August).

But the Detroit Tigers and New York Yankees, both still in the chase, also lost Friday; unfortunately, Detroit lost to Seattle, which now has a four-game lead over the Jays for the second wild card berth.

The path gets rockier with each passing defeat, but Friday's game was notable because Edwin Encarnacion made his long-awaited return from the disabled list.

It was the first time in six weeks, in other words, that the middle of Gibbons' batting order featured its biggest names ("Looks much better, don't it?" Gibbons said of his lineup card).

The operating theory is Encarnacion's presence – he had 26 homers and 70 RBI before injuring his thigh running to first base in Oakland last month – and that of fifth hitter Adam Lind will spread the offence around and ease the burden on the Jays' pitching staff.

"We still don't know how it's going to turn out, but it's the lineup we want," Gibbons said before the game.

Everyone concerned cautions it will take a few games for Encarnacion and Lind to return to peak efficiency; a great deal hinges on how many "a few" ends up being.

In the first inning, Encarnacion came up in the clean-up spot with Jose Reyes and Jose Bautista on base and one out – a tailor-made situation for a slugger of his repute.

After working the count to 3-2, he whiffed on a 95 mph four-seamer from Sox starter Hector Noesi.

The next batter, Lind, hit a soft liner that dropped into left-centre to score Reyes – his first RBI since he returned from the DL (broken foot) on Aug. 12.

Shame, then, that Stroman followed up by giving five in the home half – he was summarily yanked after the shortest outing of his young career, and the quickest exit for a Toronto pitcher this season.

Toronto's Melky Cabrera would narrow the gap to 5-4 with a two-run shot in the second (it was his 15th of the year and followed a Reyes sacrifice fly), but that was as good as it got.

Encarnacion would end the evening 0-for-4, while Lind collected two hits in four at-bats.

Hitting against major-league pitching is devilishly hard at the best of times, never mind after lengthy layoff and in the pressure of an August stretch that will go a long way to answering the question of whether the Jays are a playoff team.

But Encarnacion, who initially feared he had suffered a season-ending injury, said he's focused on the immediate goal rather than the big picture.

"We've just got to start winning games, you know?" he said. "Everybody's close, it's going to be very fun to play the next two months here, and see how we're going to finish."

Lind, who returned earlier this week from a broken foot he suffered in early July, made similar noises.

Asked if this team still has a hot streak in them, the burly Indiana native said "Well, we'd better."

Indeed, there's no doubt in Lind's mind the club has what it takes.

"We're solid everywhere ... we don't really have a great piece to anything," he said "but we're solid across the board and usually when that happens you're good enough to make the playoffs."

The time to test that theory is beginning to run short. 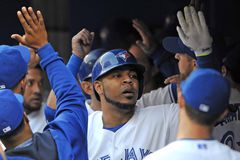 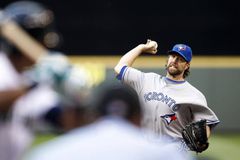 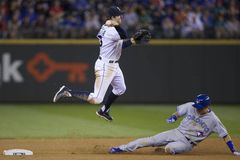 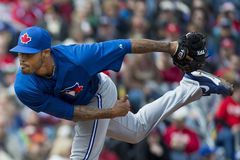 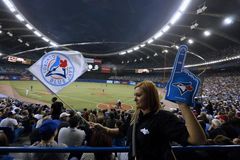 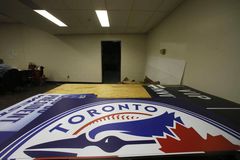