During batting practice at Comerica Park, Miguel Cabrera will thrill pregame crowds on occasion by taking aim at the right-field foul pole, moving his invisible targets from point to point along the outfield fence, crushing the next group of pitches to right field … then to right-centre … then to centre – playing a personal version of round the world until reaching the left-field corner.

That well-honed ability to hit to all fields, with authority, enabled the Detroit Tigers slugger to become the 15th winner of baseball's Triple Crown, and the first in 45 years since Carl Yastrzemski, by leading the American League in batting average (.330), homers (44) and RBIs (139). The club's elite membership includes Ted Williams, Lou Gehrig and Mickey Mantle.

Cabrera had been without a homer in the first six games this season, until Toronto Blue Jays starter Brandon Morrow (0-1) fell behind in the count, three balls and one strike, on a dreary Tuesday. Cabrera, a right-handed hitter, drove the offering into the right-field stands, his three-run shot proving to be the decisive blow in a 7-3 victory over the Blue Jays.

"I've never seen it before this guy, how he hits the ball all over the field from [one corner to the other] – my jaw, I have to lift it up, because I'm just in awe," said Torii Hunter, who scored ahead of Cabrera on the homer and, two innings later, would drive a single up the middle against relief pitcher Esmil Rogers for the 2,000th hit of his career.

Hunter joined the Tigers as a free agent in the off-season, leaving the Los Angeles Angels of Anaheim to return to the AL Central, where he played nine seasons for the Minnesota Twins. Hitting in front of Cabrera in the two-slot, the right fielder already has 14 hits in 2013, just three fewer than the total for the entire Toronto outfield – Melky Cabrera (seven, with three Tuesday, including his 1,000th career hit), Jose Bautista (three), Colby Rasmus (four) and backup Rajai Davis (three).

"[Former Jays and Cleveland Indians second baseman] Robbie Alomar used to be my favourite player coming up – just watching him day to day as the typical five-tool player – kind of like [Jays shortstop Jose] Reyes but his instinct was unbelievable," Hunter said, in a happy and reflective mood. "He was one of the best players I've ever seen, and [Miguel] Cabrera is one of the best hitters I've ever seen, definitely the best right-handed hitter."

The Nos. 3 and 4 hitters in the Tigers order, Cabrera and Prince Fielder went 6-for-8 with five RBIs and two walks Tuesday. Cabrera scored in the first inning on Fielder's double into the cavernous right-field alley, and drove in four runs himself. Their Jays counterparts, Bautista and Edwin Encarnacion, went a combined 0-for-8, though Bautista did hit three liners to the outfield as he returned to the lineup after sitting out three games with a twisted ankle.

Encarnacion has two hits in 27 at-bats through seven games. Adam Lind, who was benched as Bautista filled the designated hitter spot, had a pinch-hit single in the ninth inning for his second hit in 17 at-bats.

As a team, Toronto is batting .224. The Jays (2-5), off to their worst start since 2004, have scored three runs or fewer in four of their seven games, and are averaging nine strikeouts per game.

Tigers starter Anibal Sanchez (1-0) exploited the Jays' aggressive approach with crafty use of his off-speed pitches, even when behind in counts, allowing five hits and striking out eight in seven innings.

"Everything's magnified right now," Jays manager John Gibbons said. "The focus is on us and that's what makes it tough. But we've got a good ball club and we'll snap out of it."

With the Tigers ahead 1-0, Detroit left-fielder Don Kelly robbed J.P. Arencibia of a homer in the top of the second with a perfectly timed leap at the left-field wall. In the bottom of the inning, Alex Avila, whose wife gave birth last Sunday, hit a solo homer for a 2-0 lead.

Reyes (.444), the hottest hitter in the Jays lineup, hit an RBI single in the third, before Cabrera put the game away in the fourth inning. 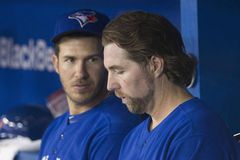 Arencibia, Rasmus power Jays to victory over Red Sox
May 11, 2018 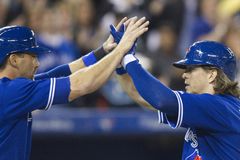 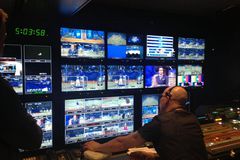