It is a nice hike in salary to be sure, but whether it results in Josh Donaldson committing long term to the Toronto Blue Jays remains to be seen.

The star third baseman and the American League club agreed to a record-setting prearbitration settlement worth $23-million (U.S.) on Friday.

The one-year deal is the largest for an arbitration-eligible player in Major League Baseball history, eclipsing Bryce Harper's $21.6-million pact that he agreed to in May with the Washington Nationals.

It also represents a raise of $6-million for the 32-year-old Donaldson and makes the 2015 A.L. most valuable player Toronto's highest-paid player heading into the coming season.

Despite the agreement, Donaldson remains eligible to become a free agent at the end of the 2018 season where he is sure to land a multiyear contract, likely in the neighbourhood of five years and in excess of $100-million. The question now is whether the Blue Jays are prepared to pony up that kind of money for a player who will be in his late thirties by the time such a contract expires. Both sides have indicated a willingness to try to get a new deal done.

Toronto general manager Ross Atkins is hopeful that Friday's announcement, which avoids an arbitration hearing where egos can often be bruised, will give Toronto a leg up in trying to negotiation a long-term deal with Donaldson.

"I definitely don't think it hurts us that we got a deal done," he said. "Everything in every relationship and any negotiation when you do agree on something it's certainly a positive. There's always a lot that goes into any negotiation so I would say it definitely doesn't hurt."

Atkins would not say if the Blue Jays have had any discussions with Donaldson or his representatives on a long-term pact.

After a slow start to the 2017 season that was not helped by a leg injury, Donaldson rebounded in the second half of the campaign and finished with a .270 batting average and 33 home runs.

Over three years in Toronto, he has produced a .285 batting average and batted in 300 runs.

Donaldson's name has also been the subject of frequent trade rumours, with the St. Louis Cardinals reportedly being the most serious suitor.

"It's a compliment that there are other teams who feel like their team would be better with me on it, and I tend to agree with them," Donaldson told MLB Network Friday morning. "The fact of the matter is that I really enjoy where I'm at right now.

"I enjoy being a Toronto Blue Jay. I enjoy what we've been able to build in this organization. I could be okay if this is where I spend the rest of my career. I could also be okay if they decide to move on. Those aren't my decisions."

MLB's arbitration deadline passed at 1 p.m. ET on Friday, the line-in-the-sand moment where teams and their arbitration-eligible players need to exchange proposed salaries for the 2018 season.

The final amount is determined in a binding-arbitration process that pits a player against his own team – unless the two sides can settle on a wage beforehand, which was what happened in the case of Donaldson.

The Blue Jays also locked up several other arbitration-eligible players.

Josh Donaldson and the Blue Jays are stuck together – for now
October 1, 2017 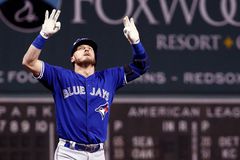 Somehow, the Blue Jays have extended their losing streak beyond the baseball season
November 17, 2017 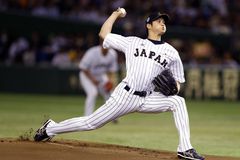 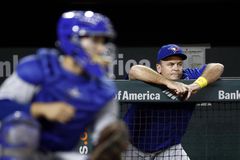