The sabermetrics set will say that at the age of 32, Troy Tulowitzki no longer has the range that once propelled him to the top of the heap among major-league shortstops.

Too slow, the argument says, and, his mostly weak bat when he has been healthy enough to play for the Toronto Blue Jays hardly justifies his $20-million (U.S.) annual salary.

And now that he has suffered a severe ankle sprain, which has curtailed his season to just 66 games, might this be the time for Tulowitzki to consider a less demanding position?

Tulowitzki's piercing green eyes narrowed a bit when that suggestion was made to him Wednesday afternoon while sitting in the Blue Jays dugout at Rogers Centre before Toronto's game against the Boston Red Sox.

His response was as measured as it was passionate, and there was no mistaking his conviction that any thoughts of his taking up another position at this stage of his career would be a non-starter.

"I think you guys know how serious I am about [playing shortstop] and I'll be the first one to say, 'Hey, I'm not getting the job done.' But I feel I bring a lot to the table defensively. I think sometimes what people read into is the metrics and the zone ratings or whatever.

"But so much of shortstop is about being able to slow the game down for your teammates and your pitchers, and taking charge in the infield. So some of those things I think go unnoticed and that's not something you can keep a stat on. So I take a lot of pride in that and try to be really, really good at it."

Utility infielder Ryan Goins has taken most of Tulowitzki's starts at shortstop since July 28, when Tulowitzki fell writhing in a heap after he grotesquely rolled his right ankle in a game against the Los Angeles Angels.

Tulowitzki tore most of the ligaments in the ankle after he stepped on the foot of C.J. Cron at first base trying to leg out an infield hit. Even today, more than a month later, Tulowitzki said he hasn't had the heart to review the video.

Some tongues started wagging a bit earlier in August when Toronto manager John Gibbons opted to give Josh Donaldson, usually the team's third baseman, a couple of games at short.

Was this a preview of what the Toronto brain trust might be considering for next season – making Donaldson the everyday shortstop and moving Tulowitzki to third, where range is not as much of a factor?

Gibbons shot down that line of thinking on Wednesday before Tulowitzki made his thoughts clearly known on the subject.

"One thing that I've always said since I've stepped foot on a big-league field is that I'll start this thing as a shortstop and I'll finish it as a shortstop," Tulowitzki said. "I think it is a good question, but at the same time, I've lived this position; I've dreamed playing shortstop since I was a young, young kid. All my idols were shortstops and I take a lot of pride in it."

Tulowitzki was in Toronto for the first time since the injury to have a cast replaced by a plastic walking boot. He said he is still not certain how long the walking boot will be on or when he will be able to start rehabilitation.

But he said the doctors have told him he won't need any surgery. He hopes to be close to 100 per cent by spring training in February.

"There's going to be some bumps in the road, I know that," Tulowitzki said. "But all signs point that I will make a full comeback and be okay from this."

Tulowitzki said it has not been enjoyable watching from afar as the Blue Jays struggled, but he sees no quit in the team. He cited Justin Smoak's breakout season at the plate and Kevin Pillar's continued heroic catches in centre as prime examples.

As for his own offensive difficulties – he was making weak contact much of the time and his average was down to .249 when he was injured – Tulowitzki offered no excuses.

"I don't think it was up to my standards at all," he said, adding that he should have been a better player.

"I'll be the first one to tell you when I'm not holding up my own and this year was definitely a disappointment for me," he said. "But I'll put some work in during the off season, try to be a better player, come back next year and see what's in store." 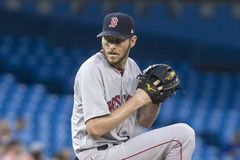 In a career year, Justin Smoak rises above the Blue Jays’ stink
August 29, 2017 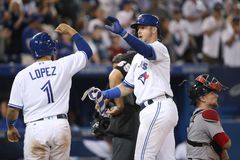 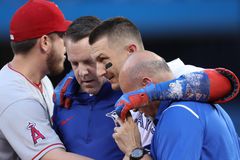