When Kacy Clemens wants to talk over the nuances of baseball, as he begins his climb in the minor leagues, he has a go-to source of expert advice: his dad, Roger.

Kacy Clemens, a 23-year-old, plays first base and aims to make it in baseball as a hitter, unlike his dad, one of the game's greats on the mounds. After four years at the University of Texas, his dad's alma mater, Kacy Clemens was drafted in June by the Toronto Blue Jays, the team where Roger starred in the late 1990s, winning two of his record seven Cy Young awards.

Father and son have forever talked over everything about baseball. When Kacy was drafted he posted a picture on Twitter of himself as a boy shouldering a bag about as big as he was, his dad in a Jays jacket walking tall beside him. These days, as Kacy hones his craft in the batter's box, he will pepper his dad with questions about the mindset of pitchers, seeking subtle advantages with advice from a hurler who struck out some of the game's best hitters.

"I've learned a lot about this game from him," Kacy said in a recent interview. "I'm very fortunate to have somebody on my side who understands the game so well."

Kacy plays for the Vancouver Canadians, a Single-A short season team in Toronto's minor-league system in. The few notable Jays who have pit stops here include Marcus Stroman, Aaron Sanchez, Roberto Osuna and Kevin Pillar – but Kacy is among several names on this year's team who show promise. In the 2 1/2-month Northwest League regular season – the Canadians start their playoffs Tuesday night in Spokane – Kacy hit .274 and was third in the league in runs batted in, second in walks and didn't make an error in the field.

Kacy is among a cast of second-generation ball players in their first couple of pro seasons in the Blue Jays minor-league system, a group whose four fathers racked up a combined 31 All-Star Game appearances in their day. When Kacy was picked in the eighth round, there were some jokes among Jays staff about an eventual Toronto infield that features Kacy on first, Cavan Biggio (son of Craig) on second, Bo Bichette (son of Dante) at shortstop and Vladimir Guerrero Jr. on third. Guerrero Jr. and Bichette are considered two of Toronto's top prospects.

"It hasn't been by design," said Gil Kim, director of player development for the Blue Jays.

In Kacy, the Jays saw a left-handed hitter who has size and power. But Kim also puts a plus on what a player gains from growing up around the major leagues. The lessons of Roger Clemens are a rare advantage.

"Having that experience from an early age," Kim said, "there's a certain amount of comfort in their own skin. That's valuable."

Roger was entwined in major-league baseball's steroids era. His name was prominent in the 2007 Mitchell Report. He then testified to the U.S. Congress that he never took steroids, which led to charges that included perjury. After a 2011 mistrial, he was found not guilty in 2012.

In high school, while the controversy was unfolding, opposing players would taunt Kacy. In college, fans could be severe.

"They're relentless," said David Pierce, coach of the University of Texas baseball team. "Just being the son of Rogers Clemens is pressure."

Kacy became inured to the heckling – "I've heard it so much," he said – although this summer, in the Northwest League, there hasn't been a lot.

Kacy is the third of four Clemens boys. Their names all start with K, the score-keeping notation for a strikeout swinging.

The oldest, Koby, was drafted in the eighth round out of high school by the Houston Astros. An infielder, he made it to Double A in a decade of pro ball that saw a stint in the Toronto system. Kory, the second son, works in the restaurant business. The youngest, Kody, is an infielder going into junior year at Texas.

It was at Texas that Kacy gave up pitching. He had followed in the path of his dad since boyhood, but at the end of high school tore the labrum in his pitching shoulder. Surgery followed. Kacy was drafted late by the Astros out of high school but chose to attend the school that Roger helped lead to a College World Series title in 1983. At Texas, Kacy struggled as a hitter in his freshman season and pitched his second year. He then focused on hitting, did well and left pitching behind.

Pierce sees big-league potential in Kacy, who has a simple answer when asked if he will make the majors.

"Yes," he said, sitting in the stands behind home plate one afternoon last week. "That's the plan. I wasn't really sure what pro ball was going to be like, if the talent was really, really good and something that I would struggle with. Now that I've settled in and proved that I can play, it definitely builds your confidence and makes you know for sure you can play."

Kacy is not yet regarded as a top prospect, like others. Guerrero Jr., 18 years old and excelling at advanced Single-A Dunedin, is ranked among the top young names in all of baseball. Bichette, 19 and also excelling at Dunedin, is another name mentioned is such rankings.

Kacy understands the challenge ahead. He watched his older brother's life as a minor-league journeyman. And it was one piece of constant counsel from their dad, when the boys were growing up, how hard it is to make it all the way.

"You're going to find out," Roger would say, "everybody's really good." 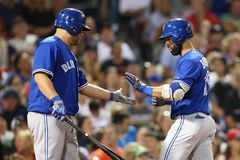 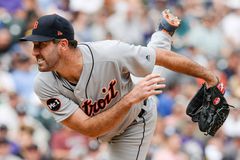 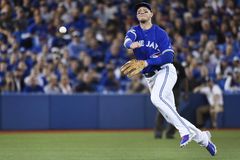