In the first major story announcing his arrival as baseball's next best player, Alex Rodriguez was already being portrayed in hagiographical terms – a devout Christian, unfailingly polite, a guy who called his mother five times a week.

He was only 20 at the time, but doing everything on a diamond either just as well or better than anyone else ever had.

You didn't need to be a baseball obsessive to perceive his quality. Rodriguez was one of those once-in-a-generation stars who took the field cloaked in greatness. It shone from him.

Only one line from that literary back rub in Sports Illustrated stands out now: "A guy this sweet has to be hiding some cavities."

On Sunday, 20 long years later, Rodriguez announced he will retire by week's end and take up an "advisory role" (read: temporary face-saving measure) with the New York Yankees.

"No athlete ever ends his or her career the way you want to," Rodriguez said.

Maybe not. But few of his stature expect it to end this way – staggering toward the horizon rather than riding into any sunsets.

We can sum him up in either of two ways.

There are the numbers – 696 home runs (fourth all-time), three MVPs, one World Series title, a staggering $378-million (U.S.) in earnings.

Then there is the ineffable – the impression he leaves behind that will last beyond his departure. That is by far the more important.

On that basis, Rodriguez leaves nothing. He has no legacy to speak of. In that, he may be the emblematic professional athlete of his time.

In the next little while, we will try to locate exactly where Rodriguez stands on the list of all-time greats. Was he better than Willie Mays? Or Babe Ruth? Or Hank Aaron?

It's hard to pick players out of different eras and measure them against each other, but the answer is a hard "No."

Rodriguez had more talent than any of them. I've never seen a sportsman who, up close, looked more like your ur-image of an athlete. He had that special thing that is exceedingly difficult to describe, but impossible to mistake.

But he was crucially missing something – the ability to live comfortably in his own skin. People reacted viscerally to this lack.

Some players are hated and eventually reformed by nostalgia. Rodriguez was simply disliked. He bled artificiality. He will not get the benefit of a reconsideration.

To properly place Rodriguez's problem, you turn to his antithesis – teammate Derek Jeter – for comparison.

They played the same position. Rodriguez played it better. They were both able hitters. Rodriguez was far moreso.

And yet Jeter left a giant, while Rodriguez exits like he's being tossed out a back door into a dumpster.

Jeter understood that you don't rise to the top of the pantheon by scrounging for statistics. If you're good enough, you don't have to be the best in any objective way. People will forgive your baseball flaws if they sense that your commitment to winning extends beyond a few "team first" quotes. Jeter had that. Rodriguez did not.

Jeter also knew instinctively that this responsibility is amplified in a Yankee.

Being part of that organization means more than championships. It involves putting the grandest tradition in the game, and perhaps all of sport, on your back and carrying it forward.

Rodriguez's major mistake was wanting to come to New York. He didn't have the disposition for it. He brought his transparent "me-first"ism and then failed to win. They never forgave him for it.

And, yes, there's the performance-enhancing drugs.

Everybody in Rodriguez's era did PEDs. His real error was telling so many untruths about it and going so far to cover it up, that by the end, he'd hung not just his baseball reputation on the issue, but his basic character.

When he was proved a liar, he continued with new lies. Eventually, he cut a deal with prosecutors that saw his PED courier – his cousin – delivered to law enforcement as a makeweight. The cavities had finally been exposed.

The impression from that point on would not change – that Alex Rodriguez was more than just a cheater. That he was a bad person.

Hanging over all of it was the money.

Rodriguez cut far and away the biggest deal in North American sport at age 25 – 10 years/$252-million. It's a mark of his quality that it seemed reasonable, even at the time. Seven years later, he opted out of his deal and demanded $275-million more.

It was a terrible idea on a bunch of levels. Already 32 years old, there was no way he could earn back that amount. He didn't tell the Yankees before making his demand public. He put it out there in the midst of the World Series.

The Yankees caved – what other choice did they have? But Rodriguez was the real loser. He'd exchanged his reputation for a few more bucks he could not possibly need, much less spend.

That was nearly a decade ago. He has been in accelerating decline ever since. Injuries and drug suspensions robbed him of much of the past five years.

It didn't seem to bother him much. When able, he continued to show up at a job where he had many colleagues, but no friends.

This season, he finally went from just average to an on-field anchor. According to reports, the Yankees told him to either retire or be released. He chose the less humiliating option. It's still pretty humiliating.

There will be no Hall of Fame induction. Despite the best-ever bonafides, Rodriguez has too few advocates. You may spot him on a field somewhere. Maybe some other team will pick him up, hoping to sell a few jerseys. But I doubt it. Unlike Rodriguez, most people get that some headaches are not worth any amount of money.

When we remember him, it will be for his ego, his playoff failures, his instinct for mendacity, and his greed.

We have already forgotten that, at one point, he may have been the best baseball player that ever was. So if there's a tragedy in this, it's ours. 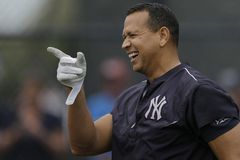 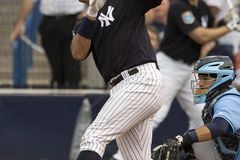 Alex Rodriguez plans to retire from baseball after 2017 season
March 23, 2016