There are only a handful of indelible images in the Toronto Blue Jays' nearly 40-year history.

Joe Carter's base-path prance; Roberto Alomar's raised arms as he watched the ball go out in Oakland; Devon White face-planting against the centre field wall. Maybe a few others, but those are front of mind.

They're special because they shifted the tides at crucial moments in the postseason.

On Monday, Toronto might have created another minor visual masterpiece en route to winning Game 4 of the American League Division Series 8-4. They're now one victory from reversing a 2-0 deficit and taking the best-of-five series.

In the second inning, Kevin Pillar knocked a ball over the fence in left-centre field and into the visitors' bullpen. Toronto ace David Price looked up lazily and picked it out of the air. He didn't even have to move. After he'd caught it, Price flashed a "6" hand-signal (for 416) and smirked mischievously.

"I told him before the game, 'Hit me a ball in the bullpen so I can catch it,'" Price deadpanned afterward. "That was pretty cool. I got [the ball] authenticated."

Price may only be a Toronto Blue Jay for a few weeks. That's actually likely. But if this team keeps on keeping on, fans will not forget that cheeky grin, and the moment things really began going their way.

When the Blue Jays are at their best, they have a casual swagger. This lineup was built to be a nine-man slapping machine. When it's pumping out full RPMs, you're not sure who's going to nail you or how many times. All you know is that you're coming out of it red-faced.

That team had been absent so far in these playoffs, dribbling out a few big hits, but failing to put them together in bunches. It reappeared in the heat of Arlington on Monday.

Pillar's home run was Toronto's third of the game. Josh Donaldson knocked the fifth pitch of the contest out. Chris Colabello had a solo job three batters later. It was over after two innings. This was the first time in Toronto playoff history that three players homered in the same game.

The Jays have been in the playoffs since Thursday. Apparently, the offence decided to show up after sputtering through the first three games.

That was also the end of Texas starter Derek Holland, whom you may recall was caught doing something unsporting with a Jays rally towel a few days ago. As Holland left, his own fans ruthlessly booed him. Karma – they have it in Texas now, too.

The nice, slow roll back to the warm and fuzzies was interrupted slightly in the fifth inning.

Forty-year-old starter R.A. Dickey was ambling toward a win in his first postseason appearance. Holding a six-run lead, with Dickey having thrown less than 80 pitches, manager John Gibbons decided to go to Price instead.

So while Dickey did the bulk of the work, Price was put in position to get the win. Also, he was frighteningly average, allowing three earned runs in three innings. The delicate way to describe this sequence of events is "unusual."

"It's probably not a relationship-building move," Gibbons said later.

That said, it's not hard to imagine why the Jays did it. For six starts over eight years with three different clubs, Price has been cursed in the post-season. He's getting perilously close to being the worst playoff starter in modern baseball history.

Since he's still your No. 1 – and since you'd like a chance to re-sign him when he becomes a free agent in a few weeks' time – you don't want to publicly humiliate him. You also don't want to start him in Game 5.

So you concoct a Game 4 scenario for him to pitch in, whether he's really needed or not. By extending him on Monday, you make him unavailable to start on Wednesday.

Now Marcus Stroman, the 24-year-old who's been your best performer, gets the start. Everyone's blushes are covered.

It's a useful, if transparent, bit of politics. Everyone comes out of it happy. Except perhaps Dickey.

To his credit, the journeyman did not come within sighting distance of self-pity: "I'm an employee. Sometimes, you don't necessarily like what your boss wants you to do. But I respect him."

Price said Dickey had been the better pitcher and deserved the statistic. If this is a problem, it's being well disguised by two veterans who are savvy at life, as well as baseball.

Regardless, Gibbons knows he has affronted Dickey. But he's well past worrying about how the fourth man in his rotation feels. The job now is turning nice moments into memories via the transformative powers of championships. You trust that the same alchemy can smooth over all the bad ones.

If the team that manhandled Texas on Monday – the same one that marauded through August and September – is back to stay, you would no longer bet against them. 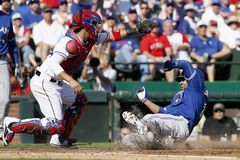 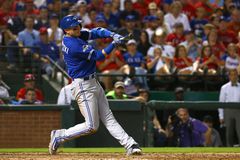 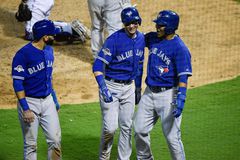