Two weeks ago, Jose Bautista met in Toronto with Blue Jays management. This was meant to be an exploratory talk to set the parameters for a contract negotiation with the most important player in the club's recent history.

Bautista had a different idea.

Instead of beginning a dialogue about his impending free agency, Bautista gave the Jays a hard number. He won't say how many dollars he asked for over how many years, but it is a take-it-or-leave-it proposition. It would be sensible to guess the figures involved are huge.

Welcome to the potentially corrosive theme of 2016 – The Year of What Did Jose Ask For? Followed shortly by The Year of How Long Can This Go On? Or The Year of Why is Rogers So Damned Cheap? And many other ideas designed to sidetrack an entire baseball season.

"I don't think there should be any negotiation. I think I've proved myself. The question has been asked – 'What will it take?' – and I've given them an answer," Bautista said Monday. "It shouldn't be pull-and-tug about a few dollars here or there … They either meet it, or it is what it is."

Pulling and tugging about a few dollars is what teams, players and agents do. Negotiating is as much a part of the fabric of modern pro sports as wins and losses.

Consider Toronto's recent wrangle with American League MVP Josh Donaldson. The Jays fought their best performer over a $450,000 (U.S.) difference in each side's arbitration number – a less than 4-per-cent divide. Donaldson accepted a higher salary, but for two years – a win for both sides. That's how negotiations with star players work, and how general managers and team presidents prove they've earned their paycheques.

Or, more correctly, it was how that used to work.

If Bautista is serious – and knowing him just a little, I have no doubt he is – what he's done is unprecedented. It's more than a staring contest. He's turned accepted financial practice on its head and started shaking.

He also made this bigger than the club by calling out team owner Rogers, the original poor mouth of multibillion-dollar corporations.

This is the spot where you go "Oooooooh" and snap your fingers. If you've ever choked on your cable bill and wished you could stick it to the people in charge, Jose Bautista just did that for you.

After a three-hour gym session, he came out Monday wearing a t-shirt that read "Home is Toronto." Then he said that hometown discounts "don't exist."

"In my eyes, I've given this organization a five-year hometown discount."

At his rhetorical best, Bautista is a maddening person to quibble with. On Monday, he was in legendary form.

Asked if he had any timeline beyond which he won't allow the Jays to accept his offer – a typical negotiation tactic – Bautista said, "I can't answer my own question."

Okay. If you would accept the number you've proposed tomorrow, would you still accept it October 1?

How long were you considering doing this?

Putting a non-negotiable offer to the Jays?

"I never did that. You're speculating."

You said you wouldn't negotiate.

"Well, can you rephrase your question?"

Okay. How long did you consider giving the offer in the manner in which you've given it?

Seriously? Seriously?! This is not a man you want to bandy words with.

And if you are talking with Jose Bautista about something that annoys him, it's all bandying.

Over 20 remarkable minutes, Bautista cut deeper and deeper into the accepted way of doing things, linking a rise in Rogers's stock price to the team's performance.

At the July 31 trade deadline last year, when the Jays began their march up the standings, Rogers shares closed at $45.86. On Oct. 23, the last trading day before the Jays were eliminated from the playoffs, the share price had climbed to $53.02.

"Are they going to put it out in the media that, because of the Jays, we made all this money? No," Bautista said. "Everybody can read between the lines."

Well, I have yet to figure out the mysteries of direct deposit, so count me out of that group. But I wouldn't put it past Bautista.

Here's the way it used to work. An elite player – even the rich, empowered players of today – engages the management of his current team in the posture of a supplicant. He makes a case. He appeals to loyalty. He makes or receives an offer. After many exchanges, it is either accepted or declined, by either side.

While this goes on, the player goes out in public and says the right sorts of things, which are so banal and familiar they amount to background noise: "I want to stay, but baseball is a business. Who knows what's in the future? Let's hope for the best."

While the clubs do not hold all or even most of the power, they know they can cast the player in the role of villain if he decides to leave. Their revenge is built into the process from the outset.

Here is Bautista's disruptive new way of doing business. Pre-empt the offer process. Refuse to engage in debate over budgetary restraints or a discussion about where someone fits on a list of comparables based on age. Cut off communication. Go to the press and make the case first, in straightforward language – that will appeal to the fan base, if only because we live in a moment where plain speech sounds provocative.

Bautista may not be negotiating, but he's winning the negotiation.

If team president Mark Shapiro allows this situation to go on, and the Jays fail to perform early, it will fester. Eventually, it will rot the year from the inside-out. The question is already going from "What is Jose Bautista worth?" to 'What is the season worth?'

We don't know what Bautista asked for. It might be truly bonkers – at an absolute, throwing-darts-at-a-board guess, something like five years, $125-million for a player who will turn 36 at season's end.

No matter what it is, Bautista has managed to make it look cheap compared to the alternative. 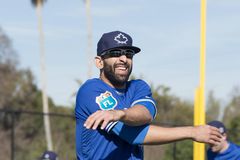 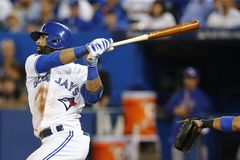 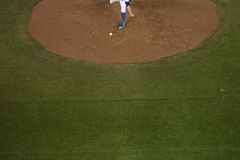