Three weeks ago, Delabar would've stayed sitting. It's near the end, so he got up nervously as Walker approached.

Later, Delabar tried to recall what was going through his mind.

"He said, 'Hey, we need to talk to you.' I thought, 'All right. I'm pitching well. I don't know what this could be. Unless they're going to make me a starter.'"

Delabar and Walker stood there for several minutes. A few others drifted to a respectful distance, trying not to stare.

This isn't how it goes down. They don't cut you in the clubhouse.

They take you into a room somewhere. The vast majority of players take it in stride, but on the off chance you break down or freak out, they don't want to put you in a position to embarrass yourself. In exceedingly rare instances, they fill the room with big people. Just in case.

The conversation went on a while. So maybe Delabar was just being told that … and while that thought was still forming, Walker and Delabar set off together for the back.

As they passed the threshold, bullpen coach Dane Johnson was crossing it going the other way. He tore a three-day schedule from a corkboard and posted a new one. Delabar's name had been removed.

That's how they do you in the major leagues.

Delabar wandered back out. No one looked at him. A few reporters followed him to his locker.

Delabar recently devised a mental exercise to keep himself occupied. Every day, he responds to any iteration of "How are you?" with a single positive word, progressing through the alphabet. Thursday was 'q'.

He was angry, but he hadn't been cleared to talk. He wasn't that angry. Not yet.

Delabar's 31 years old. He's right – he has pitched well here. He has only so many chances to make an opening day major-league roster. He knows he's been pipped by a pair of 20-year-olds in Miguel Castro and Roberto Osuna.

He also knows logically that he's the next-best option, and that someone will get hurt or underperform. He'll be back up in Toronto soon. But right after you've been told you're not good enough and you're getting a sizable salary haircut isn't a very logical time.

Former Blue Jay and current voice-of-the-team Buck Martinez told a story about getting demoted back in the early 80s. It was also late in spring training, at the Royals camp.

"Everybody knew it was the day they were going to cut people. They made sure they cut you before they had to give you extra meal money."

A coach came out and tapped infielder Jose Martinez on the shoulder. He slumped into the back. A few seconds later, he returned and happily announced: "Wrong Martinez!"

"It's one I can laugh about," says Martinez. "But when you get cut from your team, you're on an island. All of a sudden, you're no longer part of anything. It's, like, 'What do I do now?'"

Delabar was having that conversation with himself.

Six years ago, a broken elbow ended Delabar's professional baseball career. He took a job as a substitute math and science teacher. He developed an injury-prevention workout for a local high-school team. The program resurrected his own career.

It's been an unlikely renaissance. Every pro is on borrowed time. More than most, Delabar's living in the right now.

Once the small details of moving over to minor-league camp had been processed and a general e-mail sent out, Delabar was presented to the media. He looked like a man on the verge of saying something unwise.

"I thought I was going to be a big part of this pen to start," Delabar said.

He spat out the word "start."

"I'm not happy with the move. Nor should I be, because I've had a pretty good spring so far."

Someone asked if he would ask for his release – a nuclear option. Given the premium on bullpen depth, it's also one very unlikely to be considered by the Jays.

"I haven't got to that point yet. I didn't think I would have to be a reserve player, or a guy that was going to have to replace someone who wasn't getting the job done. I thought I'd be there to get the job done."

There's a fine line between professional pride and woe is me-ism. Delabar was walking it. And he knew it.

Someone tried again. Would a fresh start elsewhere help?

"I haven't thought of that. It could be considered. I'm not saying that's what I'm asking for … It would be a possibility."

Delabar didn't do himself any irreparable damage. But he was upset enough to consciously put a couple of bullets in his own foot.

A few minutes later, manager John Gibbons came out. You could tell this one bothered him.

"It is a business, but there's more to it than that. You're talking about a guy's career. Nobody gets enjoyment out of that."

Someone asked what the problem was.

Gibbons referenced "the role": "We needed a multiple-inning guy."

Since Delabar has traditionally worked only the eighth, that didn't sound quite right. Maybe Gibbons was trying to protect Delabar's feelings. Maybe he was trying to avoid saying "Castro" and/or "Osuna." Maybe both.

Everyone jumped on the mystery, which didn't do much for Gibbons's mood.

"That's enough questions. It's a tough day. No use in belabouring the point. With all due respect."

It's as close as Gibbons – a man who was repeatedly cut in his own big-league career – will ever come to a public meltdown.

This is what makes the highs so high at this level. Once you get to the top, down feels like an awful long drop.

"Now that I'm 66 years old, I know that it was just part of the business. You don't think so much about it," Martinez said. "But it worked out."

A day later, that's another thing Delabar will be wondering about. 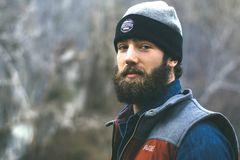 Kelly: For Ricky Romero, believing in himself is only half the battle
March 24, 2015 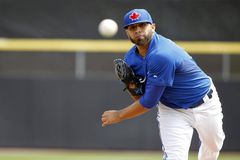 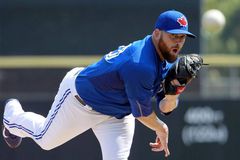 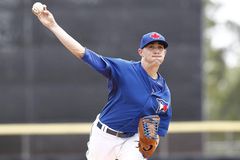 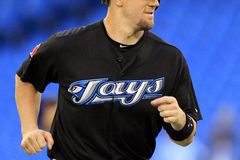