Twenty-two years is a while ago, but in celebrating taking the American League East, the Toronto Blue Jays managed to make it look prehistoric.

Between the goggles and GoPros and champagne hose jobs, these guys didn't look like they'd won the division. They looked like they'd all just gotten out of jail.

The ne plus ultra was the many wobbly party postures of back-up infielder Munenori Kawasaki – hanging on to teammates and TV hosts and jumping in the ice bath to wake himself up. He seemed a thimbleful away from needing to be taken out on a stretcher. This is the second time in five days that Kawasaki has been the hit of a Jays clubhouse party.

The guy had four hits. For the year.

If you missed it, you got the gist from a couple of Sportsnet's post-party headlines: "1 beer, 2 beers, 3 beers, 4 beers!" and "We don't need bananas, we need champagne."

It seemed like a lot of fun. It also seemed like a lot, full-stop. For the first time since it started at the trade deadline, you've just started getting the creeping sense this team has been reading its own press.

What's most remarkable about the Jays' two-month run to the playoffs is not that they won, but how they won.

They didn't beat people. They beat them up. They got on top of you early, or left it late. It didn't seem to matter to them. Either way, you knew it was coming. It became so predictable; you could see their opponents tightening up, even with the lead.

The key to the season was two late series against the Yankees. In retrospect, the Jays won both those stretches before they got on the field. They had the biggest franchise in the game doubting themselves. They bullied the bullies.

Even the most in-sync teams have their little periods of collective mental drift, but the Jays didn't allow them to pile up. Toronto hasn't lost three games in a row since the All-Star break.

You can go up and down the lineup, the rotation and the bullpen and pick out the second-half performers. Just about everyone belongs on the list. The stars looked like it, the average guys were better than that, and the ones just stuck in there for lack of a better option – the Ben Reveres of the world – had plenty of moments. Everyone played over their heads.

Talent wins you games, but this was something more than that.

This was a contagious outbreak of self-belief. After two decades of doubt and a few pretty decent teams, a Blue Jays roster finally believed it was better than everyone else again.

They went a best-in-baseball 42-15 after the Troy Tulowitzki trade. They won the division. If they keep their wits about them, they'll finish the final four games of the season with the best record in the league and home-field advantage throughout the playoffs.

Two months ago, you wouldn't have believed it possible.

A month ago, you were beginning to consider the likelihood, but didn't want to say it out loud.

Even going back two weeks, it felt like a pinch-me-I'm-dreaming scenario.

From the perspective of Thursday morning, it seems very real. Oddly, almost inevitable.

Which is where you start worrying again.

Because what the Jays have managed to this point will only seem like a cruel tease if they don't do more.

Looking back over recent history – much of which is not that recent – Toronto teams and their fans are bound by a shared tendency to over-celebrate minor achievements.

Getting to the playoffs seems like a big deal in Toronto, because it's Toronto. This is the city that treats getting named to host things like it's something we won.

It's not that we take our victories where we can. It's that everything becomes a victory once it goes our way.

This inferiority complex is also contagious. It's convinced several iterations of Maple Leafs teams that "just barely competent" is a species of moral triumph. It's allowed the Raptors to confuse a successful marketing campaign with a successful season.

Somehow, all the temporary residents who play here get infected with this local malaise. In this city, "good enough" becomes good enough.

And it isn't. Once you start believing, that is the moment when you're on your way to something tangible.

Twenty-two years is a long time, but two frantic bacchanals in less than week seems forced. As Wednesday night's party stretched on and on, you began to cringe. You're already imagining how silly it will seem in a couple of weeks' time if things go wrong. That's a very Toronto thing to do as well.

Over the past few days, a consensus has begun to form inside baseball. The bookies installed the Jays as favourites to win a championship. Future Boston Hall of Famer David Ortiz called Toronto "the team to beat." A whole bunch of other Americans woke up and began to notice us, which hardly ever happens and feels nice even though it shouldn't matter.

All of them agree that it's the Jays' World Series to lose.

I hope they're not thinking that themselves. Though it didn't look like it on Saturday, or again last night, I hope they haven't bought into the hype.

When the Jays last won a division in 1993 – their fifth in nine years – the celebration was pro forma. Nobody flipped out. They ambled out onto the field to give each other a few hugs. They opened a few bottles. Then they went back to work.

That championship team is the template for this one – a decent bit of pitching and a lot of hitting. They were also flush with confidence.

The key difference was the fan base. After a decade's slow build, those Toronto fans expected to win. It had gotten so you believed the Jays could not lose.

That's what seems familiar about this run – that feeling. But this new generation didn't get the benefit of the slow roll to the top.

The trick now – for the team and its supporters – is not confusing a great run through the regular season with having won anything. The real work is all still left to do. 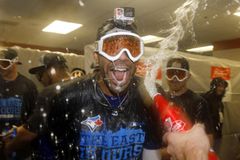 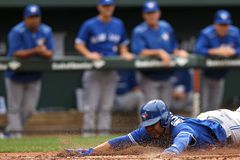 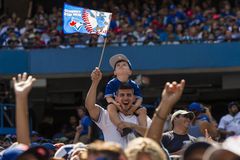 When it comes to personal branding, David Price is right
October 1, 2015 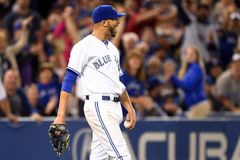