Alex Rodriguez is a liar and a drug cheat. He may also be the greatest baseball player in history. Those two ideas are more than compatible. They're complementary.

As of Wednesday afternoon, the Yankees third baseman continues to maintain he has never taken performance-enhancing drugs (PEDs). Well, maybe just the once. For kicks.

Earlier on in the day, the Miami Herald published a remarkable exposé detailing Mr. Rodriguez's confession to police in return for criminal immunity in the Biogenesis PED case.

According to that report, Mr. Rodriguez was spending $12,000 per month on chemical comestibles – human-growth hormone, testosterone cream, "vitamin" injections. He laid bare the whole operation. Then he walked out of the cop shop and continued to publicly – and at screeching volume – claim innocence.

I suppose we're supposed to pretend to be shocked, again. That's how it'll be spun when Mr. Rodriguez shows up at spring training three months from now, after serving a year's suspension.

I'm not sure how we maintain this tortured pose of disappointment. It's exhausting.

The only really appalling thing in Wednesday's story is that Mr. Rodriguez apparently tossed his drug-courier cousin to the feds as a prosecutorial amuse-bouche.

We've learned nothing from this, but reinforced a great deal. Alex Rodriguez is a great athlete and a person of low character.

Were I him, I'd have done many things differently. But I'd still have taken the drugs.

When Mr. Rodriguez entered the league as a whippet-thin 20-year-old, he was a dazzling all-rounder. As he got older, he got bigger. His already considerable power surged. His fielding began to deteriorate. But he was a more productive – and therefore, richer – player.

He began to come apart in his early-30s. By then, he looked completely different. He'd gone from a skinny kid to a man approaching middle age built like a stand-up freezer.

He did drugs to keep going. That's why established pros head down this path – not to get better, but to preserve what they have. That's why Roger Clemens started doing PEDs aged 35. He was already the best pitcher of his era. He wanted to keep on being that person. Who wouldn't?

Having no evidence to support this claim – and not caring too much about it one way or the other – I assume the vast majority of professional athletes have done banned substances at some point in their careers.

I believe it for the same reason any of us believes anything speculative – because were I in their position, that's what I would do.

If drugs were the difference between making $10-million in The Bigs and 10 grand in Double-A Chattanooga, I'd spend half of every day hooked up to an IV. Even if they weren't, I'd take a ton of them – just in case.

When I got injured and my job was in trouble and somebody came to me with a way to reduce a three-month layoff to six weeks, I'd take it. Every single time.

I would also quite happily, and without any sense of shame, bald-facedly lie about it to anyone who asked. People don't want to hear the truth about this. They don't care one way or the other. They prove it by continuing to watch baseball.

The one difference from script is that if I was caught, I'd confess fully and immediately. I wouldn't squirm around à la Rodriguez or Clemens or Ryan Braun, trying to claim up is down and the dog ate my test results. I wouldn't pretend to be sorry.

That's what makes the PED villains appear shabby and cheap – their sad logical contortions after the fact.

I'd point a finger back at the viewing public and ask, "Why do you believe you'd be any different than me?" People know in their hearts they wouldn't. They may not be able to say it out loud, but they know.

It's easy to talk about the right or wrongness of a decision you'll never have to make. Those opinions are worse than meaningless. They're moralizing in a vacuum.

I'm only interested in hearing from those who faced the choice. Based on what we've seen over the past decades, a great many people we presume have an averagely developed ethical core chose the darker path and success, rather than light and mediocrity.

Some – who knows how many – choose the second way. To my mind, there is no right here. They're just choices. All I ask is that, having made them, people are willing to accept the consequences. Very few are.

If you believe you'd do better, I'd wonder if you've ever cut a corner. Totally honest in all your professional dealings? Never told a lie in private life? We're not talking about chronic dishonesty or doing harm to others. We're talking about the compromises we make in order to smooth the path.

This is no different than that. Athletes are entertainers. Drugs make them more entertaining.

A hundred years ago, the average NFL offensive lineman weighed a little more than 200 pounds. Today, they average 310. You think the species fundamentally altered over that time? If we must keep having this conversation, let's try calling things by their proper names.

Alex Rodriguez may be the best there ever was to play the game. He was born with that ability. Yet, he still chose to do drugs.

This leads to two difficult-to-support propositions.

First, that while the most naturally gifted baseball player of his generation felt he needed artificial enhancement, most of his less-talented contemporaries did not.

Second, that as fans, we have something to gain by continuing to seek out and punish people for the sin of wanting to be the best. Which is the whole point of sports.

I don't care if they do drugs, because I don't care to police the behaviour of others. If I feel drugs are ruining the game – any game – I'll watch something else. Mostly, I don't want to know.

Alex Rodriguez is a liar and a drug cheat and it doesn't change my opinion of him as a ballplayer. In his prime, on the diamond, he was a marvel to watch – maybe the most electric I've ever seen live.

If drugs extended that run, and if that's what he wanted to do, more power to him. I'd have done exactly the same thing. 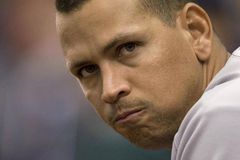 As Yankees turn to 2015, Girardi says Alex Rodriguez has to show he can still play
September 29, 2014 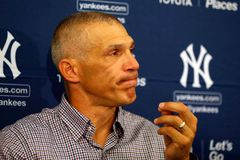