It was a couple of weeks ago in Toronto prior to a Blue Jays game at Rogers Centre, and members of the media were loitering in the team's clubhouse as they are wont to do.

Third baseman Brett Lawrie comes charging into the players' domain – the man rarely walks at anything approaching a leisurely pace – and doesn't even blink when he discovers the path to his locker is blocked by bodies.

Most people would stop, say excuse me, and wait for the way to be clear. Brett Lawrie is not like most people.

He continued on his chosen route and a collision with an unsuspecting scribe appeared imminent until, at the last second, Lawrie averted an accident by adroitly scaling a table to successfully negotiate his way past the blockade.

A moment later he was seated at his locker, seemingly oblivious to what had just transpired.

Welcome to the world of Brett Lawrie, who has always acted as if there were no obstacle too big that he just couldn't barge his way through and think nothing of it.

Lawrie's bullheadedness is his trademark and the 23-year-old Langley, B.C., native has put it to good use. He is only 23 but is already in his second full season for the American League team.

While his ultra-aggressive nature has been his ticket to the major leagues, it has also been his downfall from time to time. The Blue Jays appear ready to live with that given the potential of the overall package.

On Sunday it was the bad Lawrie who showed up, drawing the ire of manager John Gibbons for showing up a teammate and a coach during Toronto's game against the Baltimore Orioles.

Many felt Lawrie's transgression might warrant a spot on the bench, but he was back in the starting lineup Monday night in the opening game of a two-game set against the Atlanta Braves.

Say what you will about Lawrie's mental makeup he is still the best defender on the team, hands down.

"His intensity is what makes him good, so I don't think that he should not play with intensity, or dial it down," Lawrie's teammate, Jose Bautista, said before Monday's game.

In Sunday's game, Lawrie came to the plate with none out in the ninth with runners at first and third and Baltimore leading 5-3.

When Lawrie lifted a lazy fly ball to right field, Luis Rivera, the Blue Jays third base coach, played it safe as he should have under the circumstances, and opted not to have the lumbering Adam Lind tag up and try to score from third.

But this strategy was somehow beyond Lawrie.

As he exited the field, Lawrie fastened both Rivera and Lind with a death stare as he stomped into the dugout, figuring Lind should have tried to score.

The moment was not lost on Gibbons, who proceeded to have a few words with Lawrie before Bautista moved in to add his own two-cents worth.

As it turned out, Munenori Kawasaki took much of the heat off Lawrie, the shortstop's two-run double providing the Blue Jays with a 6-5 walk-off victory.

Lawrie was contrite after the game, telling reporters that he didn't think his actions warranted such attention.

Lawrie wanted no part of rehashing the events before Monday's game, but he did wind up apologizing to his teammates beforehand behind closed doors.

Gibbons, as is his style, tried his best to down play the incident, saying it is in the past.

"I like the kid," Gibbons said. "I mean, he's a good player for us. We think he's going to be a good player. He's high strung, just blew up."

Bautista also tried to down play the moment.

"Everybody noticed his reaction was not the best," Bautista said. "But I talked to him and I understood that he got confused a little bit and caught up in the moment and that's it. It's in the past, got addressed, shouldn't be any problem going forward."

Until the next blowup, that is. 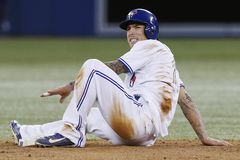 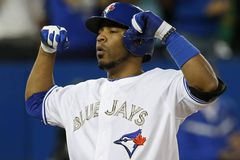 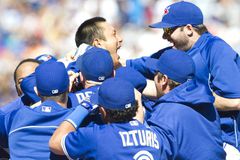 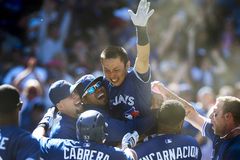 Dickey takes the blame as Orioles hang on to beat Blue Jays
May 25, 2013 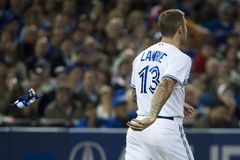 Nolin roughed up in major-league debut as Orioles beat Jays
May 24, 2013
Blue Jays bats come alive in lopsided win over Orioles
May 23, 2013 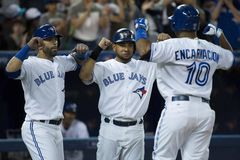 Bautista puts Jays on his back in come-from-behind win over Rays
May 22, 2013 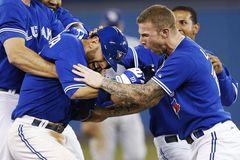 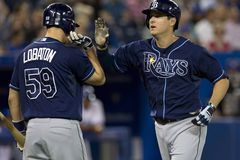 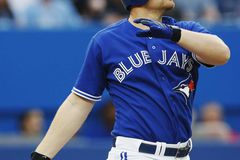